The singer was spotted on the Amalfi coast, allegedly to film a music video.

Harry Styles looks always amazing and shines everywhere he goes, but I think we can all agree that he looked extra ✨ Golden ✨ in Italy, where he was seen few days ago.
As every fan of his knows, Styles never rests. Even when he’s MIA, he is still up to something; the question is what was he up to this time? He was spotted filming and, according to some blessed witnesses and some sneaky pics and vids we got, it might be a music video for the opening track ‘Golden’ from his record-breaking second album Fine Line.

The enchanting and picturesque Amalfi coast looks exactly like the perfect background scenario for Harry to sing lyrics like “Golden, golden, golden as I open my eyes”.🎵

The music video is supposed to be released in few weeks so we just have to wait a bit more before getting HQ footage of Harry running along the coast in his oversized white shirt, driving around the Italian coast in a convertible, driving a boat and having fun at a pool. He was also supposed to ride a Vespa, according to the company he rented it at, but no proofs so far; we don’t know if they changed their mind, if they managed to actually film something without people finding out the location or if they just gave up since the weather wasn’t very friendly during their short stay.
I mean, Golden has (allegedly) been made available to add for radio programmers on Pop, Hot AC and AC radio formats. Which could mean we are not very far from getting it for real. But nothing is ever as it seems with him, so who knows.

Meanwhile, we’re gonna be busy nonetheless because October means one thing: three years after his big-screen acting debut in Christopher Nolan’s ‘Dunkirk’, actor Harry is about to rise again!

Lately, he’s been rumoured to star in many Marvel movies – but none has ever been confirmed – and in talks to star in “My Policeman” adaptation – he was reading the novel some time ago, was that foreshadowing? Is his mind THAT powerful? Stay tuned to find out! 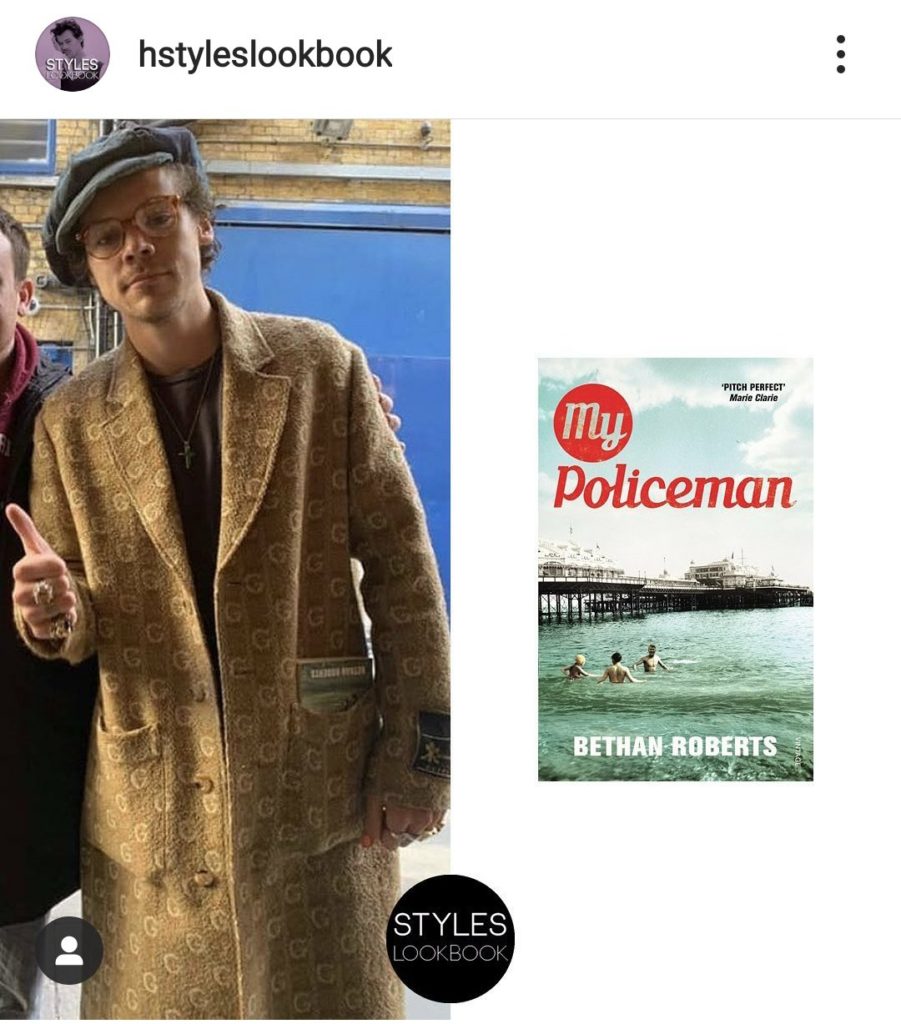 But believe it or not, there is a rumour we actually weren’t clowning when we got excited about it: Harry will replace Shia LaBoeuf, who had to leave the project due to a conflicting schedule, in the upcoming psychological thriller – yeah, I know, that’s so hot – “Don’t Worry, Darling”, directed by Olivia Wilde. It was confirmed by the director herself, and Harry social media Styles even confirmed it in his own way: by liking Olivia’s post on Instagram.

The story, based on a script by Shane and Carey Van Dyke, revolves around an unhappy housewife – Florence Pugh – living in an isolated, utopian community in the 1950s California desert. According to Collider, she “slowly begins to question her own sanity when she starts to notice strange occurrences. Styles will play Pugh’s picture-perfect husband, who loves her dearly, but is hiding a dark secret from her.” Chris Pine and Dakota Johnson are also part of the cast.

Harry, Florence and Chris are apparently all in LA and looks like they’ve been meeting already before rehearsals start. The audience needs and demands pictures, please.

From filming a music video in Italy to rehearsing a movie script in LA in just few days…we stan a multitalented king.

Don’t worry, Darlings. In one way or another, our Golden boy is going to end us all in Hoctober!

The Best of Harry Styles in BBC’s Live Lounge 2020