The British singer left everyone speechless with his new pictures

During this difficult and stressful time where social distancing and quarantine is affecting everyone, Harry Styles, keeping true to his motto TREAT PEOPLE WITH KINDNESS, came to the rescue to provide a very welcome distraction.

After letting us know he’s with friends “just being careful, listening to music, playing games, doing face masks” and encouraging people to “learn a new skill or try a new hobby” since “we have nothing but time” (Harry himself said he is doing some sign language classes and learning Italian – my patriotism couldn’t help but mention it! *waves the Italian flag*), he showed up on the cover of the British magazine Beauty Papers’ latest issue called REVOLUTION. And no title has ever been more accurate.

The magazine initially teased Harry’s fandom releasing two short snippets where the singer could be seen wearing makeup, driving us crazy and then officially announced the collaboration on Instagram with a video of Styles listing what sounds like his favourite things, artists, characters and inspirations.

BEAUTY PAPERS. Introducing Mr Harry Edward Styles who collaborated with #beautypapers in an issue that viscerally responds to the shrinking freedoms of our world with an explosion of individuality, creativity, diversity and unity. Directed by @caspersejersenstudio DOP #jamesbeattie @harrystyles #harrystyles #beautypapers

Harry has proven multiple times now he can really pull off any outfit and look, this photoshoot only confirmed it once again. His poses, his confidence, his dramatic makeup: everything about it just screams he’s finally out there expressing himself, defying gender norms in fashion and not caring anymore about what people think of that. The best glow up ever.

Styles, photographed by Casper Wackerhausen Sejersen and styled by his longtime stylist Harry Lambert, is featured on two different covers, both groundbreaking and insanely artistic: one where he’s wearing a Gucci suit with patent loafers, black leather gloves and a very pronounced makeup and the other one where he is sitting unbothered on a chair wearing (and rocking) fishnet stockings and heeled Gucci loafers. 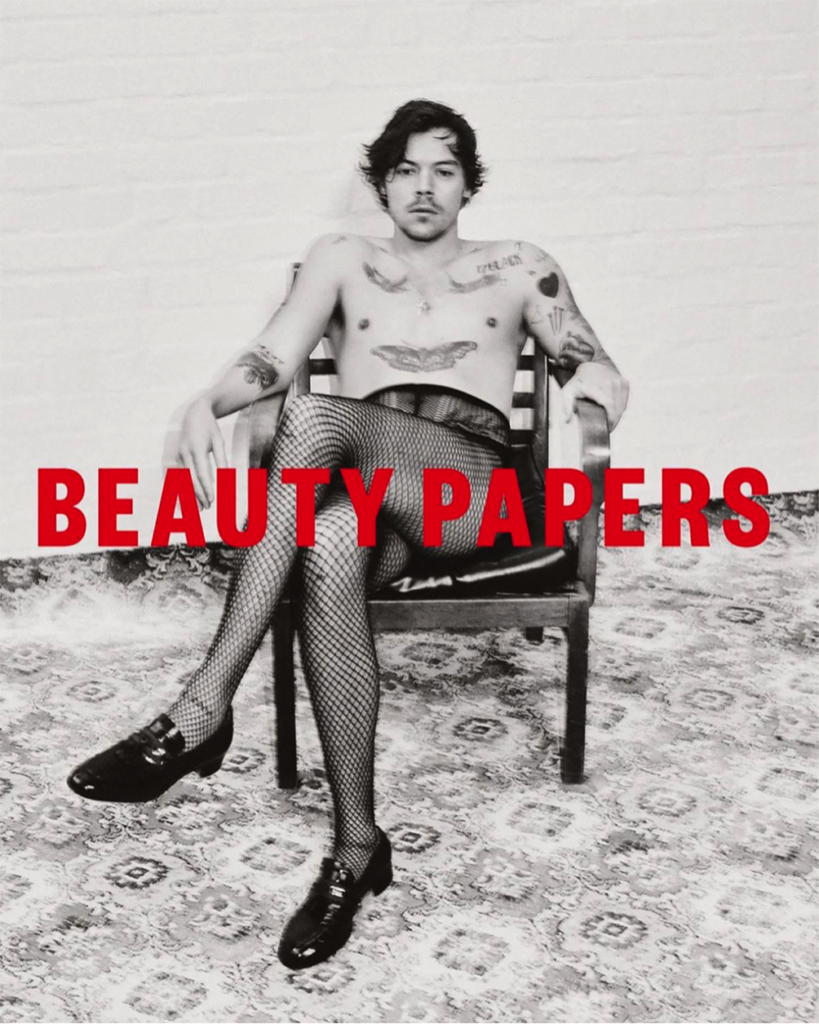 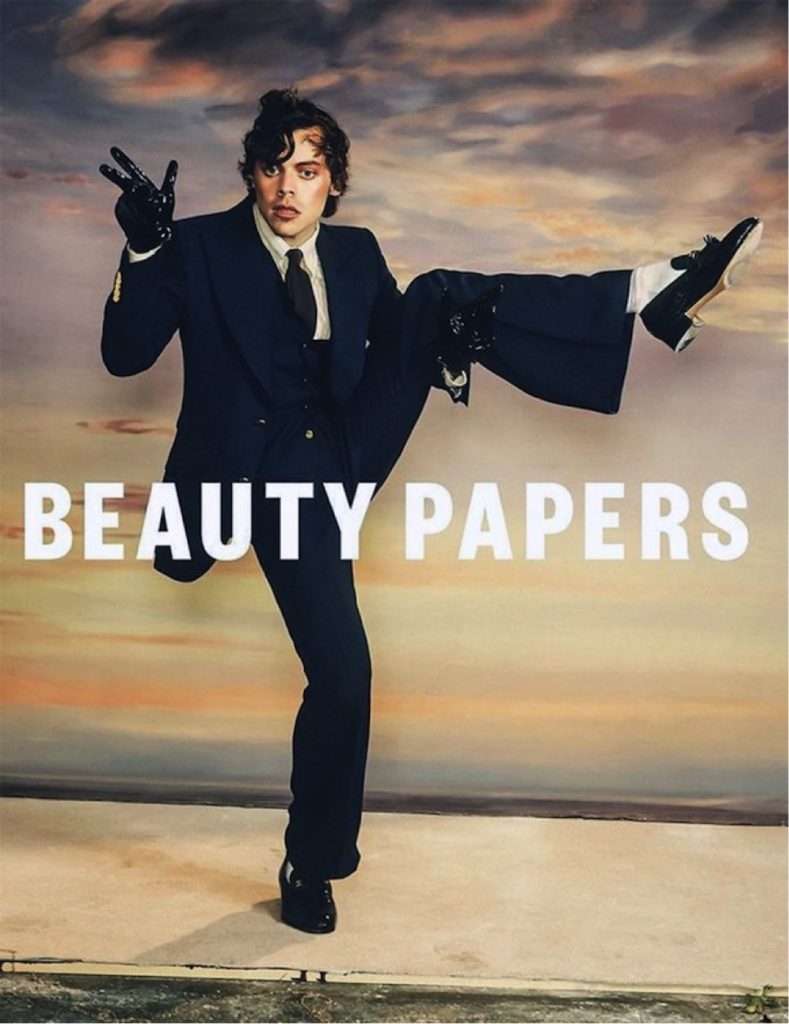 As expected, these pictures broke the internet.

Figuratively, because fans couldn’t seem to be able to handle them and their reactions all over the web were amazing; they went from simply freaking out over his outfits, to comparing him to some iconic figures like Freddie Mercury or David Bowie, to proudly praising him for how confident and comfortable in his own skin he finally looks.

“What’s feminine and what’s masculine, it’s like there are no lines anymore.” – @Harry_Styles pic.twitter.com/HQGcQoJg4D

can y’all believe a 26-year-old who’s been labelled as a ‘womanizer’ by the industry ever since he was a kid is out there breaking gender norms and expressing himself without fearing anybody would judge him? harry styles is literally out there screaming ‘this is me, deal with it’ pic.twitter.com/y34wNdrQz5

And literally, because of the number of fans trying to snatch a copy of the magazine they actually ended up breaking the website from the amount of traffic it received, so much that they had to suspend the sales after trying to fix the problems for a couple of days.

Life’s a glitch! We’ve been overwhelmed by your response to our new issue. It crashed us and the internet! We have been working 24/7 to fix. So for the moment we are suspending sales until we get your magazines out the door…

These meeting celebrity stories will melt your heart, make your day, and remind you that there are good things in the world