"growing up, I never saw fantasy books that had characters who looked like me or who lived in worlds that reminded me of my childhood memories."

This post was written by Akshaya Raman, author of The Ivory Key

One of my favourite aspects of writing The Ivory Key was getting to incorporate elements of my own heritage into the story. But growing up, I never saw fantasy books that had characters who looked like me or who lived in worlds that reminded me of my childhood memories. Things have changed a lot since then, and I’m so excited to share five books that have South Asian inspired settings that include a lot of my favorite things about India including ancient architecture, regional food, traditional art forms, and extravagant celebrations. 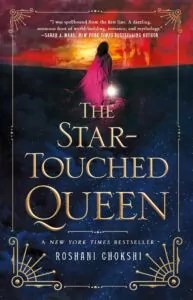 The Star-Touched Queen by Roshani Chokshi

The Star-Touched Queen was the first YA fantasy that I read featuring an entirely South Asian cast, and it was what gave me the courage to write my own Indian-inspired world. It’s a beautiful, transportive story with rich prose and a magical world that weaves together Hindu mythology and the story of Hades and Persephone. 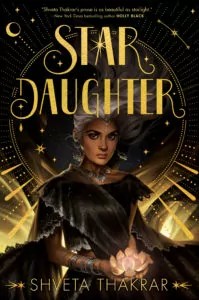 Star Daughter starts in the contemporary world, showcasing Sheetal’s normal life as an Indian-American teenager before she travels to the celestial court to compete in a dangerous tournament to save her father’s life. Filled with magic, mythology, and star magic, this is a lush and immersive fantasy debut that I adored. 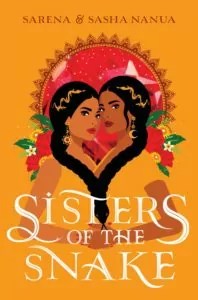 Sisters of the Snake by Sarena and Sasha Nanua

What first drew me to this book was that it was a story about sisters switching places and learning to work together to save their world. I loved this action packed adventure full of atmospheric world building, deadly magic, and twisty court intrigue. 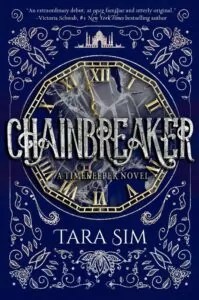 This is the second in the Timekeeper trilogy, and I loved that includes a beautiful and thoughtful look at historical India during the time of the British Raj. It continues to follow Danny and Colton, but it touches on themes of colonialism and Daphne’s nuanced feelings of identity set against the backdrop of a magical mystery. 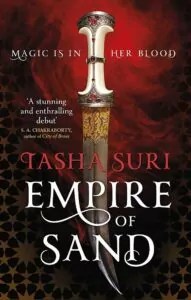 Empire of Sand by Tasha Suri

This fantasy follows Mehr, the illegitimate daughter of a nobleman and an Amrithi mother. The Amrithi are outcasts persecuted for their power, and when Mehr’s magic is discovered by dangerous mystics, she has to find a way to survive their agenda. With an exquisite and detailed world inspired by Mughal India and complex characters that leap off the page, this is a stunning, unmissable fantasy that made me a Tasha Suri fan for life. 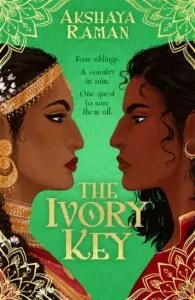 Get your copy of The Ivory Key by Akshaya Raman here.