"bloody your paper, sharpen your pencils, and prepare to plunge the blade of your imagination straight into your reader’s unsuspecting heart"

This post was written by Heather M. Herrman, author of The Corpse Queen

Spooky Season is almost here, and for those of you who like to write your horror instead of simply imbibing it, I’m here with my Top Five Tips For Writing a Truly Terrifying Tale. So bloody your paper, sharpen your pencils, and prepare to plunge the blade of your imagination straight into your reader’s unsuspecting heart. Ready? Here we go!

This is really just another version of the old “show, don’t tell” rule. While it’s true for all genres, it’s especially true for horror. And while it may seem obvious, you’d be surprised by how many writers forget. Instead of telling your reader that something is wrong…show them something is wrong. A great way to do that? Zoom in on a single, everyday detail that feels very familiar, and then tweak it, juuuust enough to make it creepy. Humans like comfort and if we feel grounded in something familiar, feeling that layer of stability peel away is truly unsettling. One of my favorite examples of this is the scene in Stephen King’s IT where Beverly Marsh goes to drink tea at “Mrs. Kersh’s” house, an old woman she thinks is the new resident of her old childhood home. King makes the scene super cozy. There are cookies, tea, a sweet little old lady with a beautiful smile. And then? We zoom in on that smile and notice the teeth are not quite right. Have they changed? They’re too long, too yellow, some of them are even crossed. And after we notice that single detail, the entire facade falls as we find ourselves not in a house but a monster’s lair. The result? I just may never drink tea again.

Touch It, Taste it, Hear it, Smell it

Think of any good horror movie, and you’ll realize how important the music is in cluing the audience in for scares. A big crescendo signifies a jump scare, and a minor key tells us something is about to go very, very wrong. We don’t have music when writing, but we do have the symphony our five senses, and it’s important to use them all. Too often writers get stuck on describing what something looks like. But when we can also help the reader taste, touch, smell, or feel something it is far more terrifying. Kerri Maniscalco does an excellent job of this from the opening pages of her novel, Stalking Jack the Ripper. We begin the novel in an anatomy room, but instead of just letting the reader see the dissection of a body we experience it through all our senses, even touch, as Maniscalco lets us know that cutting into human flesh feels exactly like cutting into a raw pork loin.

Create a Character We Care About

If we don’t care about your character, we don’t care if they die, simple as that. But if we become invested in a character, we become a part of their journey. When they’re afraid, we’re afraid too. When they’re in danger, we feel the danger. Seems obvious, but I can’t tell you how many stories I’ve read where bodies were dropping everywhere, and I just didn’t care. And if your reader doesn’t care, there is no possibility of making them afraid. So give them somebody to root for. Which also means, don’t make your characters perfect. I love Courtney Summers’ books like Sadie and The Project because her characters are allowed to have flaws, just like us. They are scarred both inside and out, and those scars are on full display. Because of this, I not only relate to them, I care about whether they live or die.

Make Your Setting a Mirror

The world you create should be its own character. And as that setting unravels, so does your poor, unsuspecting protagonist. Rachel Harrison’s novel, The Return, gives us an epic example of how to do this. A group of women check into a gorgeous boutique hotel to reunite with their friend who has recently returned after having gone missing. But as the hotel’s finery disintegrates, so too does the polished veneer of this group’s friendship, slowly peeling away to reveal the hidden horror beneath.

This may seem counter-intuitive. Monsters, after all, are scary, and our impetus is to spend a lot of time describing them for our reader. But the truth is, we’re much more frightened of the unknown than the known. Take the movie Jaws for example. What’s scarier? Seeing the close-up of a whole shark, or paddling in a dark, calm ocean before suddenly seeing a single fin poke out of the water? If you don’t know the answer, just go rewatch Jaws. When we finally see the creature lunging out of the ocean, it’s almost laughable. But the moments of looking at just the water itself, of imagining what might be underneath—that is truly terrifying. 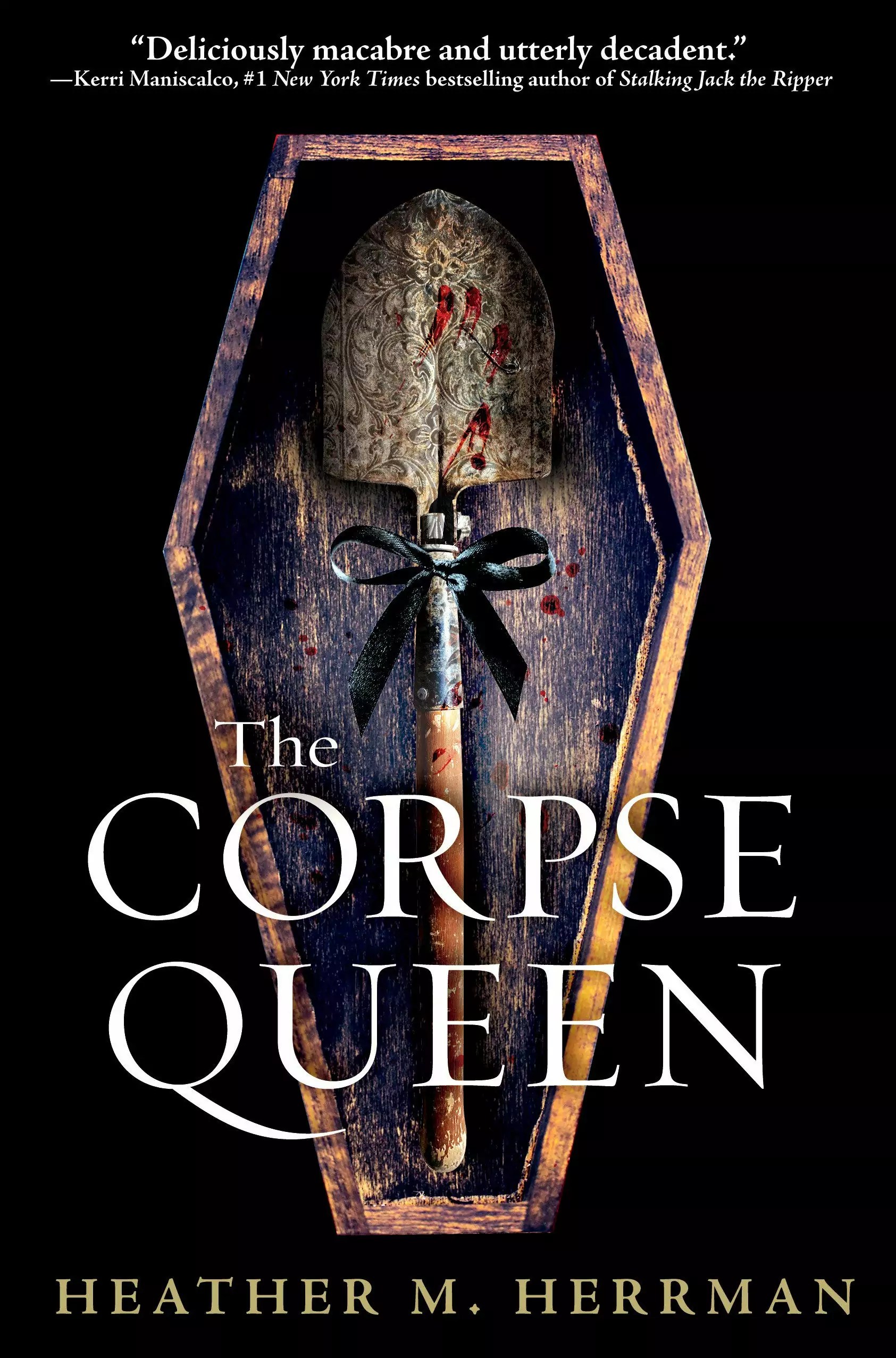 Get your copy of The Corpse Queen by Heather M. Herrman here.