Wet Leg is the duo of our dreams 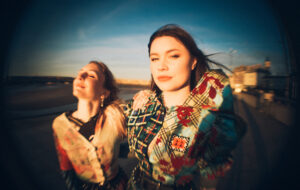 Formed in 2019, Rhian Teasdale and Hester Chambers decided to join together after two separate music careers. The two met at university and have been best friends since.

Created as a fun way to self-express and get passes for festivals, Rhian and Hester quickly rose to fame with the viral hit ‘Chaise Longue’ in 2021. The single was an instant success, rapidly garnering a strong celebrity fanbase from Elton John and Dave Grohl.

The buzzworthy success from ‘Chaise Longue’ has catapulted the duo to an entirely new stratosphere. With only one song out, they were signed to big indie label Domino Records, home of Arctic Monkeys, Franz Ferdinand, and Animal Collective, to name a few.

After releasing a few more enthralling bops: ‘Wet Dream,’ ‘Too Late Now,’ ‘Oh No,’and ‘Angelica’, they went on to open for big acts such as Declan McKenna, Inhaler, and now Florence and the Machine beginning in September.

Quirky, clever, irreverent, and fresh. This indie pop-punk duo is only at the beginning of a promising and successful career with a unique blend of the Ting Tings, the Yeah Yeah Yeahs, and the best offerings of the 70s/80s rock.

Their debut self-titled album is set for release on April 8th.

What you need to know about BTS taking over Las Vegas