Tashie Bhuiyan on her gorgeous debut YA novel, Counting Down With You

"To know that I’m connecting with readers on such an honest level is indescribable, especially young brown girls who tell me that they needed my book."

If you’re after a heartfelt story featuring an adorable fake-dating romance, a fellow book lover and nuanced conversations surrounding family, religion and mental health, Counting Down With You, the stunning debut YA contemporary by Tashie Bhuiyan, is a book that deserves the top spot on your ‘to read’ list.

We’re so excited to have a chance to chat with Tashie all about the inspirations behind her debut novel, why the Bangladeshi-American teen experience isn’t a monolith, pop culture references and more.

Firstly I have to say the biggest congratulations on the release of your debut novel, Counting Down With You, which is utterly gorgeous. How does it feel knowing your first published book is now out in the world and in the hands of readers?

It’s honestly so surreal! I can’t think about it too much or I start crying, because this has been my dream for so long and I never imagined it would happen so soon. I’m so grateful to everyone involved in the process that has helped make this happen. I’m so excited for readers to pick it up and hopefully find themselves in Karina!

Can you tell us a little about what inspired you to write Karina’s story?

I really wanted to write a book for the younger version of myself. Growing up, I never saw books about Bangladeshi girls or even books with girls facing the same situations I did. So I set out with the intention of writing a book that would have helped the sixteen-year-old Tashie and allowed her to feel seen, and will hopefully allow a lot of other young girls to also feel seen. Also I love fake dating, so I simply had to slide that into the book as well!

In your authors note (which was fantastic!) you mentioned writing Counting Down With You as “a love letter to brown girls.” How does it feel knowing you’re giving young brown girls around the world the chance to see themselves in YA, in a way you’ve discussed not having seen yourself growing up?

It’s so gratifying. I know I would have done anything for this book when I was younger. To read a book where someone who’s brown gets to be the star and gets a swoony romance and deals with struggles I can actually understand and relate to? It would have meant everything. So many early reviewers have tweeted me and emailed me telling that they found Karina’s story to be really relatable, and it genuinely makes me so emotional. To know that I’m connecting with readers on such an honest level is indescribable, especially young brown girls who tell me that they needed my book. I can only hope my books continue to touch people’s hearts in the same way.

You also wonderfully discussed the fact that Karina’s experience is not a monolith and is very much personal to you and her. Why did you feel it was important for readers to know this before going into the book?

While there are people can relate to Karina’s experiences, not everyone will, and that’s important to know. Her experience is just one singular experience, and not representative of her entire culture or religion or marginalized backgrounds in any way whatsoever. No one person can be responsible for representing us, because that’s an impossible task, and as a writer, it would be an impractical weight to carry. No experience can encapsulate all because we are not a monolith, and there’s no one-for-all manual of how to live life as a marginalized person. As writers, all we can do is write true to our own experiences and our own understandings, and it was important for me to clarify that what I write isn’t applicable to everyone—or even anyone, necessarily, aside from Karina herself. Karina should not be the only reference point for someone’s understanding of her background—there are people of all types, of varied experiences, who have never gone through anything that Karina has gone through, and their experiences matter too! So I encourage readers to read widely and remember that everyone is different and has different experiences, and each story is important in that it tells one person’s story, but it can never tell everyone’s stories.

I was obsessed with the pop culture references throughout the book (especially the nods to ATLA, One Direction and High School Musical!) but were there any references that didn’t make the cut and if so, what were they?

I definitely went back and forth trading out cultural references—so some notable shoutouts that just barely missed the cut include My Hero Academia, Teen Wolf, Julie and the Phantoms, and The Haunting of Bly Manor.

Counting Down With You features so many rom-com worthy moments, so we’re officially petitioning for it to become a movie asap… If it was to be made into a movie or TV show, do you have a dream casting for any of the characters?

It’s so hard to cast them! I’m not sure for Karina, because I think I’d want an unknown Bangladeshi actress to make her debut with Counting Down with You, but I think Deaken Bluman would make an excellent Ace.

From platonic to romantic to familial, you beautifully explored a variety of different relationships with depth and nuance throughout Counting Down With You. Was there a relationship you particularly enjoyed writing?

I really loved writing Karina’s friendship with her best friends Cora and Nandini. I’m actually very different from Karina in that I have a dozen different best friends, but I wanted to capture their spirit within Nandini and Cora. Their group chat was especially fun to write, because I love chaos, and I love the thought of friends screaming incoherently to each other via text. So that was honestly very enjoyable for me!

Thank you so much! Another *chef’s kiss* take on the fake dating trope is definitely Take a Hint, Dani Brown by Talia Hibbert, but that’s an adult romance. In terms of YA, my instant recommendation is To All The Boys I’ve Loved Before by Jenny Han, of course, since she’s the queen of fake dating.

Finally, are you currently working on anything new and if so, can you give us any hints as to what we can expect to read from you next?

Yes! I’m actually currently working on line edits for my next YA contemporary, A Show for Two, which comes out in 2022 from Inkyard Press/HarperCollins. It’s inspired by when Tom Holland went undercover as a student during my senior year of high school (which was WILD), and follows the main character Mina Rahman as she tries to convince indie film star Emmitt Ramos to be in her short film after he enrolls in her high school as a student under a secret identity. I’m super excited about it and can’t wait for everyone to read it! 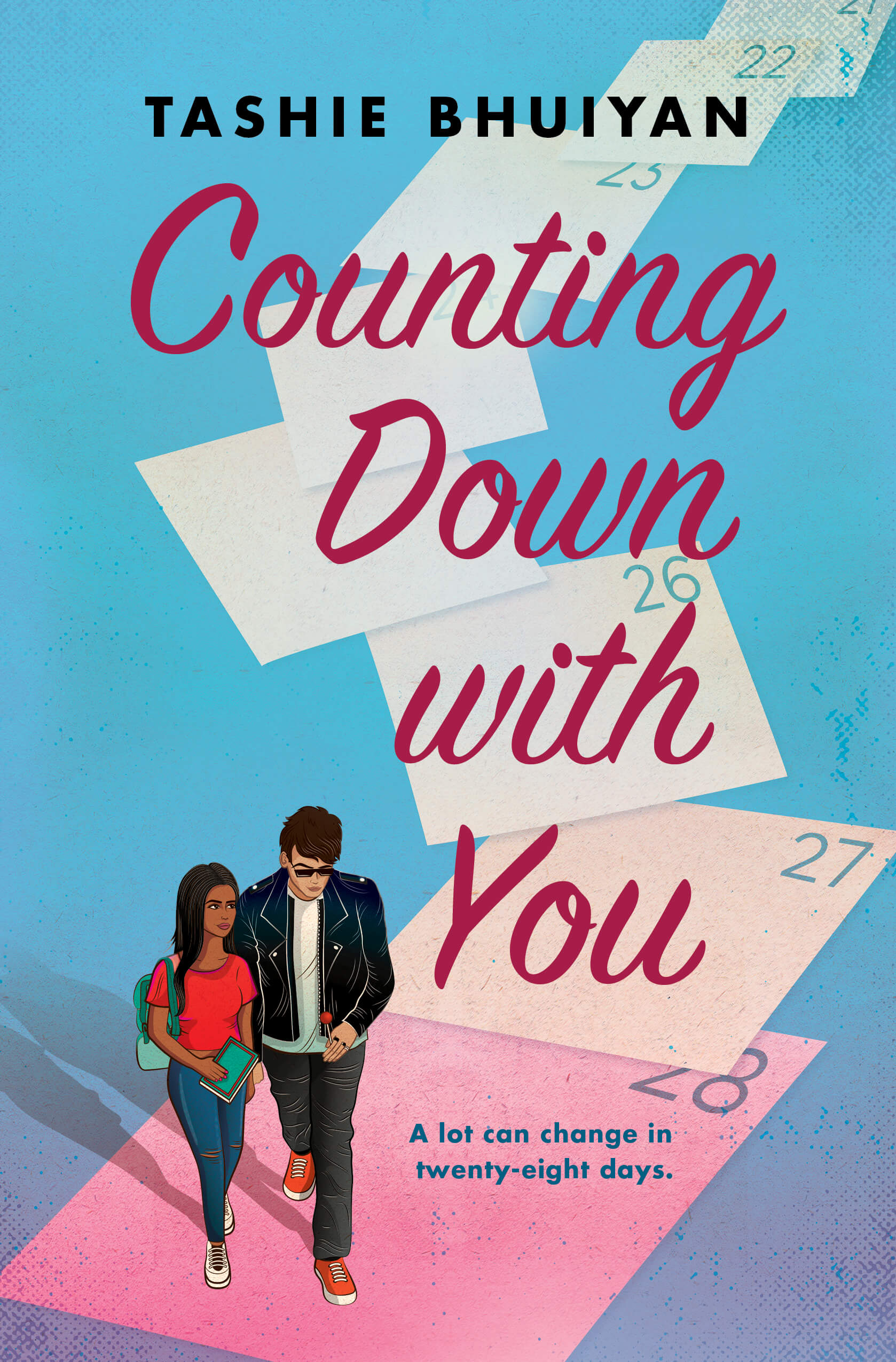 Get your copy of Counting Down With You by Tashie Bhuiyan here.

Phase 4 of the MCU is revealed with brand new trailer

Joya Goffney on list making and her debut novel, Excuse Me While I Ugly Cry