Deidre Sullivan on greeting guinea-pigs and conversations with capybaras

Deidre Sullivan quickly established a reputation for herself as a leading Irish young adult author following her trilogy about the teenage years of Primrose Leary. Her 2016 release, ‘Needlework’, chronicled a new direction for the rising YA star, as it dealt with darker and more complex issues and her most recent publication, ‘Tangleweed and Brine’ – which is a collection of dark, feminist, fairy tale retellings – has continued in the same vein.

So what does the woman who penned this ever increasingly dark and fantastic fiction have to say about the direction her own life is heading in? And how exactly do talking capybaras fit into it? Read on for more Deidre Sullivan secrets. 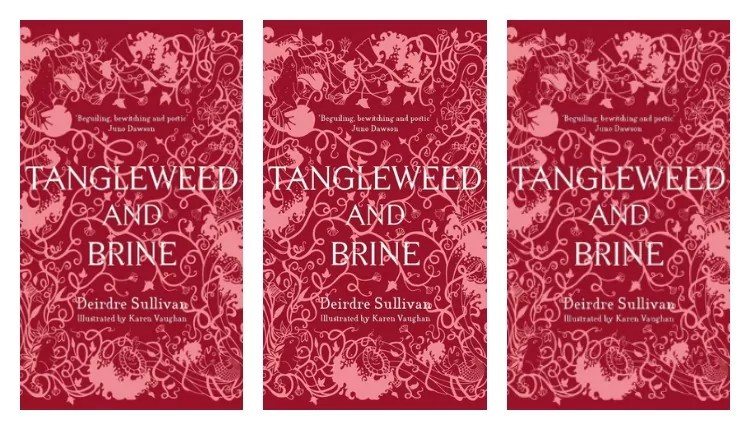 My first novel, ‘Prim Improper‘, was a diary, and using the first person helped me to get inside the head of the protagonist. It was in a conversational style, Prim poured her heart out, but she was writing to her diary, so there was always an audience in mind with her voice. With ‘Improper Order‘, (book 2), I was more confident in my ability to write dialogue, and with ‘Primperfect‘ (book 3) the settings become more prominent. I think every book you write teaches you something. As you edit and tweak, you think of ways it could have been better all along and you take those with you when you start the next thing.

‘Needlework‘, which came out last year, was initially written between ‘Prim Improper’ and ‘Improper Order’. It stayed on my computer unread for over a year before I returned to it. I think I was waiting till I was ready to deal with the subject matter – CSA, domestic violence and trauma – but also I needed more skills as a writer to give it what it needed. I read back over it recently for an annotated copy, and there were still a few things I wanted to tweak. Nothing is ever perfect, I don’t think that will ever change.

‘Tangleweed and Brine‘ uses a few different voice and some different styles of storytelling. There’s first, second and third person points of view in it. It draws on stories that I have lived in ever since I was a child, and shapes them in ways that made sense for who I am as an adult and the world we live in now. I learned a few things writing it, and after I finished, I started writing poetry for the first time in a long while. Maybe that’s the next skill I’ll start to build…

Are there any themes that link all of your work?

Yes. Loss. Being a woman in the world. The transition from childhood to adulthood and the internal and external heart-breaks that involves. The power of love (not the romantic kind, love of friends and family and things you feel passionate about), the horror of feeling like you don’t belong in the world and aren’t sure how to negotiate within it. The ability to cope with loss, and the potential for kindness. Also, there are generally animals somewhere in there. Primrose has a rat, Ces has the sky-bear and a cat-visitor, and ‘Tangleweed and Brine’ has several soft wild gentle things…

My work is shaped by my interests, but it also shapes them. I had no tattoos when I began Needlework. No house-plants when I started Tangleweed and Brine. I’m writing something new at the moment, and have been learning to read the tarot this summer for research. Interest makes me write and writing makes me care and suddenly I have twenty plants on two windowsills.

In ‘Tangleweed and Brine’ traditional fairy tales are given a feminist make-over. Apart from these original tales, which provided the basis for your work, are there any other authors that influenced your writing?

When I was younger it was the Brothers Grimm and Hans Christian Andersen, but also Oscar Wilde. ‘The Happy Prince‘ had a terrible effect on me, as did ‘The Little Mermaid‘ because they ended unhappily and I could sense the truth of that and it broke my heart. I loved what writers like Michael Scott and Pat O’ Shea did as well, in terms of taking Irish mythology and making their own of it. Attic Press also had several collections of Fairy-Tales for feminists by different Irish authors, aimed at a young audience and I loved them. They introduced me to the notion of fond critique. That it is okay to interrogate the things you love. There was one called ‘Ride On Rapunzel‘, and it had this beautiful cover with a red-haired woman astride a black horse. It was striking and powerful.

Jack Zipes edited a collection called ‘Don’t Bet On The Prince‘ and it was my re-introduction to fairy-tale retellings while I was in college. I started eating up everything I could get my hands on – Marina Warner, Maria Tatar, Tanith Lee, Emma Donohue, ANGELA CARTER, Anne Sexton, Francesca Lia Block, Margaret Atwood, Ellen Datlow and Terri Windling, Neil Gaiman, Marina Carr, Robin McKinley, Shannon Hale….

I could go on, there are so many beautiful writers who have used old stories, and many more who will continue to do so.

Do you have a favourite original fairy tale?

Which of your re-imagined characters could you see yourself as, and why?

So many. There are parts of me in all of them. The witch in ‘Hansel and Gretel’, the woman in the ‘Tender Weight’ and Rilla in ‘The Little Gift’ speak to me today. Tomorrow, it could be Red-Riding Hood or the Little Mermaid.

Can you tell us a story from your life as though it was a short fairy tale?

Oh dear! I’ll try, but my fairy-tales are all quite sad…. how about a FABLE that bears very little resemblance to my actual life but features a talking Capybara?

Once upon a time, a girl was walking in the forest. She met a capybara. “What is your name?” she asked the capybara.
“I don’t have to answer that if I don’t want to” he replied. It was a male capybara, and very confident.
“I like your top-hat” said the girl.
“I like it too.” Responded the Capybara. “Which is why I bought it. Why don’t you smile more often?”
The girl smiled at the Capybara.
“That’s better” said the Capybara, with the satisfied expression of someone who has bossed someone else around and felt the better for it, “May I please eat your arm now?”
The girl was scandalised.
“Hell no.” she said “I need it. To carry this basket”
“What’s in the basket?” asked the Capybara.
“It’s full of rocks.” replied the girl. “I like to throw them at people who are mean to me. Want to see?”
The Capybara did not want to see, and waddled away.
The girl smiled again. This time, it was a real one.

Who would you back in an argument: Cinderella or Snow White?

And lastly, for a bit of fun, if you were to become a fairy tale character, what would your name and defining characteristics be?

This is a tough one. My name would be Quartz Grike and I would basically be a hermit with talking guinea-pigs. Maybe, like the odd princess could come clean my house and get murdered, but mainly I would live a simple life, with forest creatures and books. Maybe I would make friends with an enchanted bear.