"I think about the ravenous consumption of humans, often."

The post below was kindly written by Maggie Tokuda-Hall, author of The Mermaid, the Witch and the Sea.

California is on fire again.

It’s been happening my whole life. One of my earliest memories is watching large flakes of ash fall from the sky like snow, and packing up our things. We hadn’t gotten evacuation orders yet, and we never did, but only because the fire suddenly changed direction, destroying the homes of the unprepared instead of ours. And more and more since. Now, every California summer contains the subset of Fire Season. AQI (Air Quality Index) has become a normal part of conversation, as banal as the weather.

The smell of smoke is as much a part of my life as the Eucalyptus trees that grow throughout most of Northern California. The fire is native to California— we live in a fire climate, which, in its natural state, is not necessarily cataclysmic. The trees, on the other hand, are not native. And they choke out the plants that are, the ones that are meant to burn. Eucalyptus trees are not. In fact, when they ignite, they don’t just burn but explode, exacerbating the fires, courting disaster.

If it were not for human greed and intervention, bringing in plants and practices not suited for the climate here, the fires would not be so dangerous. But we did bring in plants, and we do have poor practices. And so nature is not able to function as it ought to, as it was intended. And this idea of nature having intention, a memory almost, stored in the plants who carry the proprietary knowledge of how to correctly burn, fascinates me.

The mermaids in my book, The Mermaid, The Witch, and The Sea come from this inspiration. The Sea, who is a point of view character herself, keeps her memories in mermaids— of islands that have been submerged, of shipwrecks, and creatures. Her whole history embodied by these creatures who she tries to keep safe.

But the greed of humans once again has intervened, to rob the Sea, to rob nature, of her memories. The mermaids are hunted for their blood. Those who drink it experience hallucinations, which they do not realize are actually the memories of the Sea that they are witnessing. That they have stolen. And in the nature of things that are magic, those memories they see replace memories of their own. Those visions bear a price. They lose a piece of themself whenever they drink a mermaid’s blood.

I think about the ravenous consumption of humans, often. It is perhaps the only unifying characteristic of culture in the wildly diverse United States. Whatever we wish to consume we do so with gusto and incredible scale. It is one of the most destructive forces of empire that we cast across the globe. We set the tone with the hunt of buffalo, with the express purpose of hurting indigenous Americans so that we could consume their land. Now is no different. Wars for oil. Rainforests destroyed for our fast food in Brazil, our hair products in Borneo.   And the terrible irony is this: that our capacious hunger makes ever more unsafe as we destroy systems and tamper with forces we do not understand.

The Empire of the United States is a destructive one, as is the Empire of Nipran in my novel, as are— I would argue— all empires. Imperialism is a function of greed, and greed kills nature just the same as it kills man. And so the mermaids in my novel represent the wanton murder of nature as a necessary effect of Imperialism. And as the mermaids are stolen, the Sea grows ever angrier. She becomes more capricious and unsafe for the humans who sail upon her.

I’m not sure what the solution to this is, in real life. We do not have a Pirate Supreme, as there is my novel, who’s express purpose in life is to protect the Sea, and who has the power to do this. There is no one single person who is powerful enough to forestall empire in our reality. Except, maybe, people. Not one, but many. The young, especially, those who are not so entrenched in the tradition of Imperialism not to see its danger. And so I hope, when teenagers read this book, they will see teens not unlike themselves— imperfect and good and longing to set their own course in life— fighting against something that feels too big and too cruel for one person to conquer. 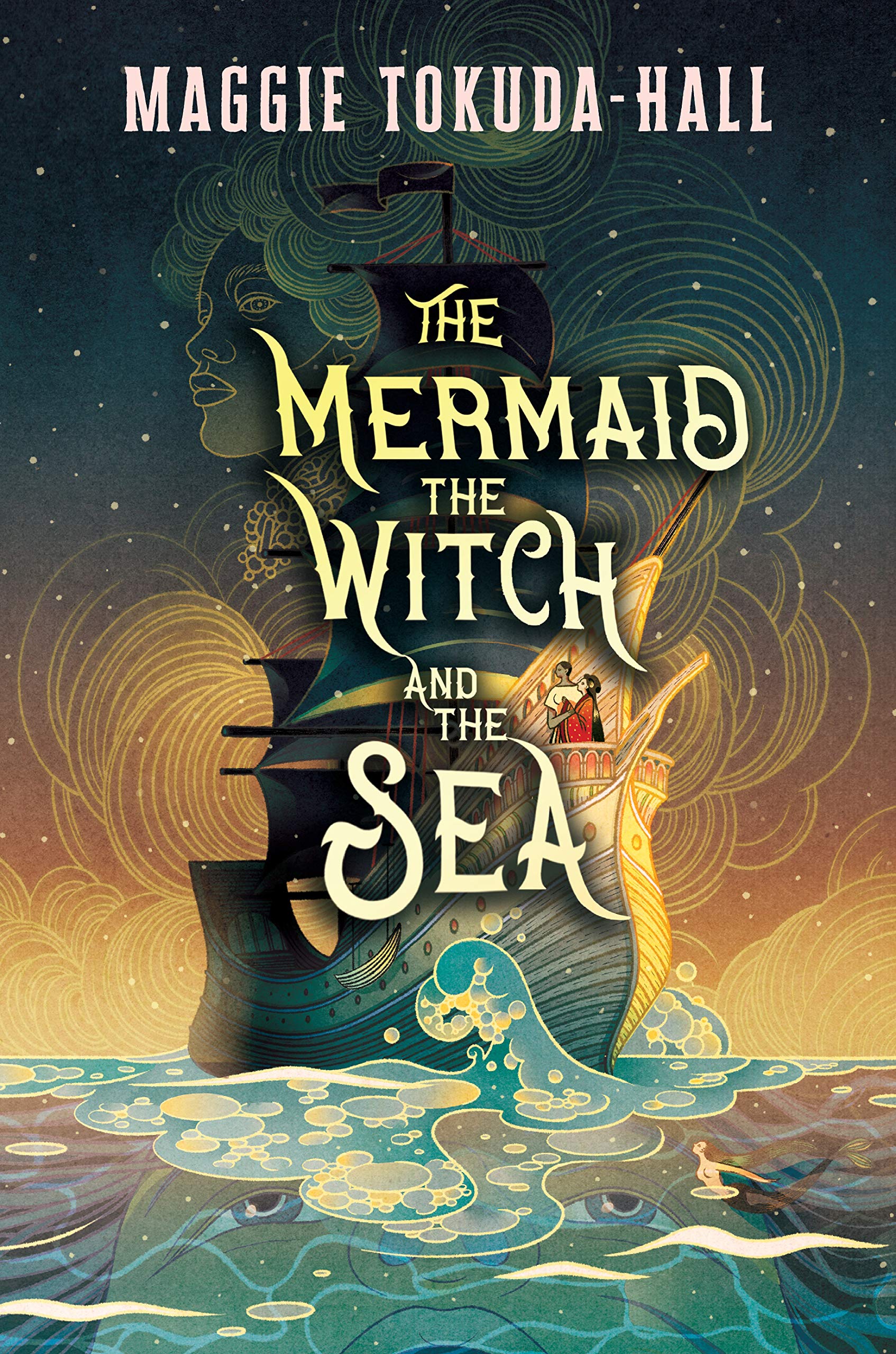 Get your copy of The Mermaid, the Witch and the Sea by Maggie Tokuda-Hall in the UK & US.