Louis Tomlinson’s amazing debut album Walls is about to turn one year old and some of his update accounts (@LouisTeamFrance, @LTxPromo, @louiesforlouis, @UpdateHLD, @dailyltomlinson, @LouisT91Spain and many more!) once again found the most creative way to celebrate it: Walls Paper Anniversary!

The name is a reference to the “paper wedding anniversary” that couples celebrate after having been married for one year and the main theme underlying all the fan projects created to cover as many platforms as possible and support Louis everywhere! 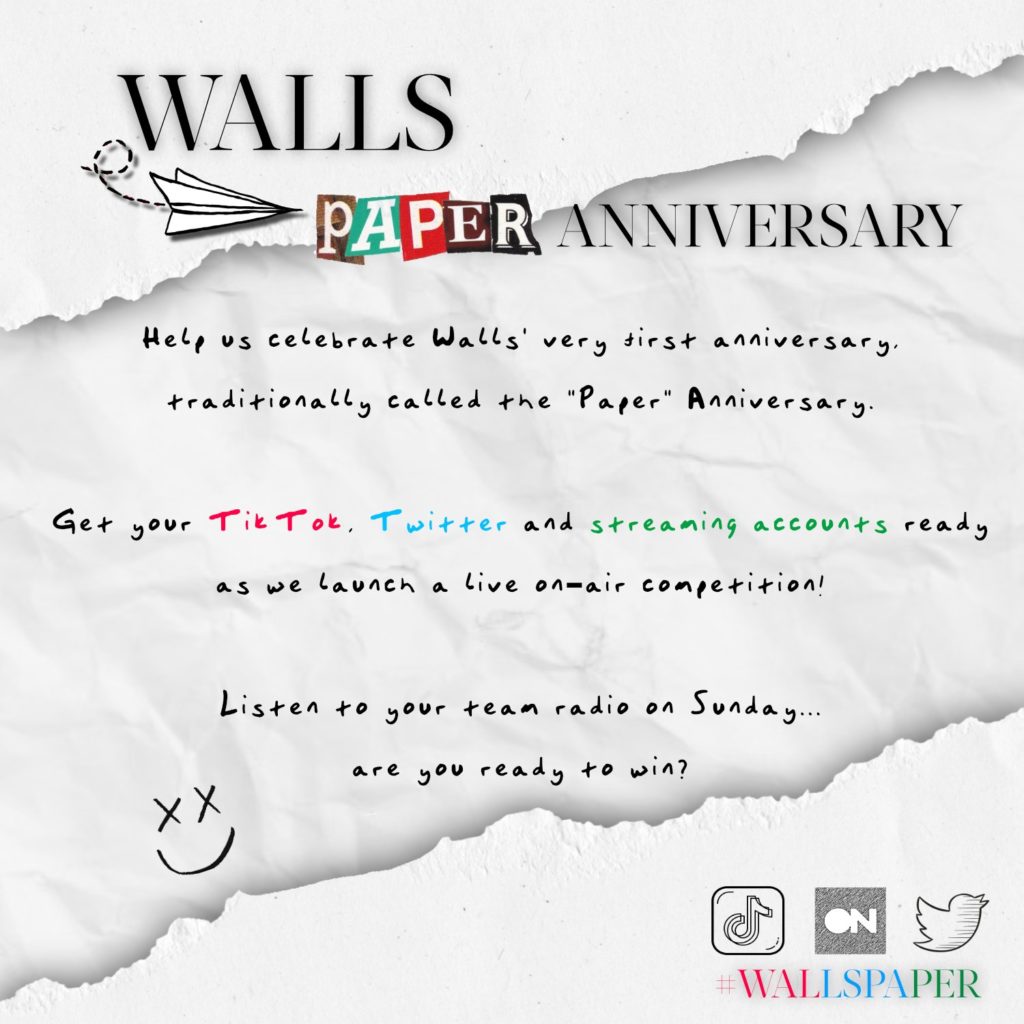 A big streaming party will be hosted in order to reach 1 million streams on Walls in 24 hours, few days after it just hit the 350M streams milestone.

On TikTok fans will be asked to create a paper plane, write something to their 2020 self on it and make it fly, take a video, and post it with ‘We Made It’ in the background.

There will be time for a “radio” competition. Three different update accounts will lead three different teams, each representing one or two continents (America, Europe & Africa, Asia & Oceania), and the goal is to host a little radio show on Stationhead – which will benefit Louis’ streams as well since the music on air is linked to Spotify – while playing Walls (duh). There will also be little challenges throughout the radio show, including social trends and such…but we can’t spoil everything here, gotta wait, join and see! The activity will be divided in three time-zones so that everyone has the chance to participate and the team getting the most listeners will win.

Louies can also print a special poster created for the occasion and go stick it around their city or in their flat (in case of lockdown because as Tomlinson himself has said multiple times, “The health and safety is the most important factor at this time”); take a picture of them with the poster – or just the poster, if they’re not comfortable – and share it with the update accounts involved, indicating their country and city. On Sunday, following in the footsteps of our King Tommo and his original brilliant idea to promote ‘Two Of Us’, an interactive world map will be available and fans will be able to click on the hotspots to see the pictures of all the Louies who joined the initiative and feel a little closer and even more like the big family we actually are every single day.

✨Louies – celebrate Walls' very first anniversary with us by:

1. Printing this poster & putting it up on the walls of your streets (or windows, if you're in lockdown)

2. Taking a picture of it and sending it to wallsanniversary@gmail.com by Jan 30th!https://t.co/0lnoClBZwG

For any further questions, you can reach out to any of the accounts I’ve mentioned…they’re all very lovely and helpful ❤️
Go take your pictures, videos and whatever you like (while streaming Walls, of course) and get ready: 31st January promises to be a busy – and emotional – day for us, but we can’t wait to celebrate and join Walls Paper Anniversary!