Secrets, drama and romance fill the pages of Katharine McGee’s newest novel, American Royals, in which she asks the question “What if America had a royal family?” So we sat down with Katharine and asked her a few questions of our own.

Using just five words, how would you describe American Royals?

American Royals surrounds the question “What if America had a royal family?” What inspired you to not only ask yourself this question but to write a book on it?

As a reader, I’ve always gravitated toward historical fiction, especially novels about royalty: I can’t get enough of the Tudors and the Stuarts and Louis XIV’s Versailles. But it wasn’t until William and Kate got married in 2011 that the seeds of American Royals were planted in my mind. I actually watched the wedding with friends at a bar! We wore festive hats and drank mimosas (even though it was 6 AM!)—and the moment the newlyweds kissed, it felt like all of New York broke out in cheers. I remember marvelling at how invested Americans felt in the fairy tale of it all, even though we don’t have any royals of our own. Which got me to wondering… how would the world be different if we did have a royal family?

American Royals at the #TLA conference! I absolutely loved getting to meet so many amazing Texas librarians and educators ❤️ A huge thank you to @penguinrandomhouse for bringing me, and to my editor @carolineabbey for being such a great partner in crime. I can’t wait for you all to read American Royals on September 3! . #bookstagram #igreads #booklove #americanroyals #royalty #TLA2019

Your first series, The Thousandth Floor, was a sci-fi, whereas American Royals is a contemporary. How did you find the experience of writing a different genre? Were there any glaring differences or aspects you found to be easier/harder?

World building is one of my favourite parts of starting a new project. Both of my series required research, since each has a specific setting, whether a futuristic skyscraper or an alternate version of present-day Washington. The fun of American Royalslay in all the what-if’s: if the American Revolution had ended in an American monarchy rather than a democracy, how would the modern world be different? I had to imagine answers to the big questions (would the French Revolution have still occurred?) as well as all the small ones (what is our national anthem? Are the fifty states the same? If Washington knighted families who’d supported the Revolution, would we now have an aristocratic system similar to the one in Britain?) Luckily, I have a lot of very smart friends—including my college roommate who is getting a Ph.D. in art history!—who were always willing to talk through these questions with me.

If you were to swap places with either Princess Beatrice or Princess Samantha, which YA book, other than your own, would you make it the law to read?

One series that I return to again and again is Philip Pullman’s His Dark Materials My love of fantasy is a direct result of those books! I cannot wait to see what HBO does in the new TV adaptation.

If American Royals was ever to be adapted for screen, who would be your dream casting for the young royals?

I could see Belle Shouse playing Daphne—I think she’d capture both her ruthlessness and her surprising vulnerability. Bianco Santos is so talented; I’d love to see her as Nina. I adore Cole Sprouse on Riverdale, and think he’d be a wonderful Ethan. As for
Samantha, Beatrice, and Jeff… I wouldn’t dare try to cast royalty.

What does a day in the life look like for you when you’re writing?

I’m at my desk by 9:30 or 10, drinking an iced latte and wearing my fuzzy slippers (honestly, I wear them every day!) I try to clear out all the business-y things on my to-do list, like promotional work or emails to my editor, before I dig into the actual writing. Writing is always hardest at the beginning—there’s something about the blank page that is just so intimidating! But I make a chapter-by-chapter schedule at the start of every draft. It’s nice to have a plan, even if I fall off-schedule, which I inevitably do.

What is one piece of writing advice you wished you’d received upon starting your journey?

Don’t stress the first draft too much. You’re going to rewrite most of it anyway! It’s easy to get bogged down in the details, but focus on getting the broad strokes of the story in order before you worry about everything on the sentence level.

With book one ending on a major cliff-hanger, can you give us a hint as to what readers can expect in book two?

Book two has more of everything! More drama, more romance, more secrets coming to light—and more of our characters struggling to reconcile the demands of their royal lives, with what they really want. 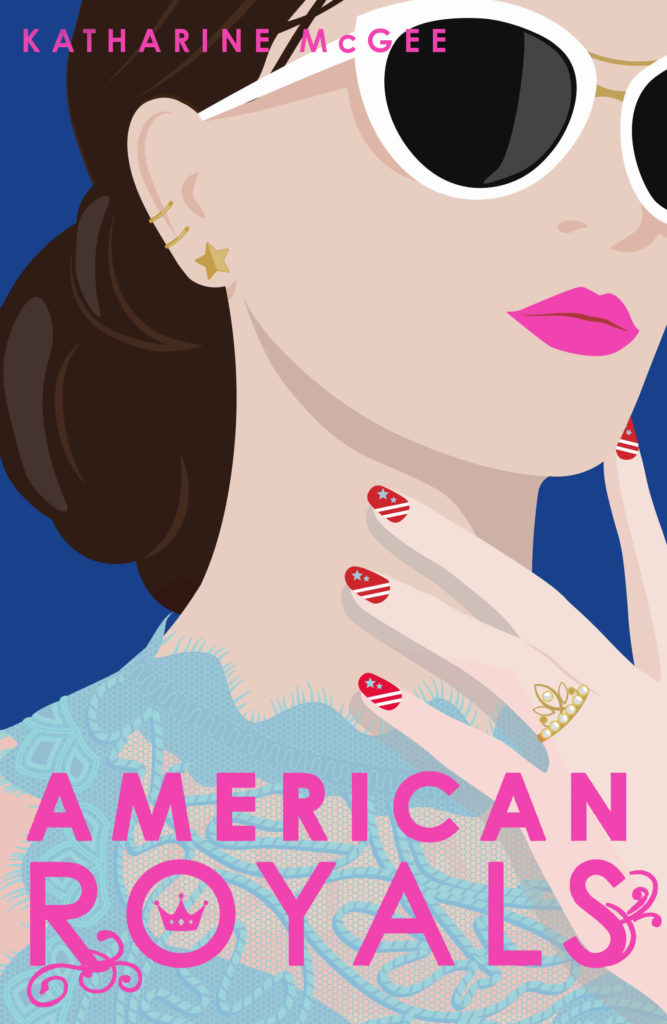 America Royals is available now in the UK and US.

The transformation of Zac Efron – Extremely Wicked, Shockingly Evil and Vile out on DVD and Blu-Ray September 9th