Prepare yourself for racing hearts and turning pages because Good Girl, Bad Blood, the follow up novel to the NYT bestseller, A Good Girl’s Guide to Murder, by Holly Jackson has officially arrived.

We sat down with Holly to talk all about the newest edition to her gripping YA thriller series, the true crime cases that helped inspire her writing and how she goes about planing the perfect (fictional) crime.

How would you entice readers to pick up a copy of Good Girl, Bad Blood in one sentence?

Pip is not a detective any more, but she will be pulled back into the world of small-town mysteries when a close family friend goes missing and the police won’t look for him.

Congratulations on your debut, A Good Girl’s Guide to Murder hitting number one on the New York Times best sellers list! How did you feel when you heard this news?

Thank you! My first feeling was of utter disbelief; I kept asking my American publishers if they were sure there hadn’t been some sort of mistake. After they repeatedly assured me that it was true, the feeling became pure elation and I was unable to form any words other than strange goat-like giggles down the phone. Now that I look back on it, I still can’t quite believe it; it’s like the ultimate author goal. And I’m so grateful and indebted to everyone who worked so hard to help make it happen.

At what point did you know you were going to write a sequel to A Good Girls Guide to Murder?

After AGGGTM, I wrote another book: an unrelated, standalone mystery thriller. But it was after the release of AGGGTM and the amazing response we were getting that the idea of a sequel first came up. The final decision on this was only made around Summer 2019, so I had to very quickly plan and write Good Girl, Bad Blood in order to make publication for a year after book 1.

How do you go about planning the crimes, murders and conclusions in your books?

I am a total planner when it comes to writing books. For me, this is the most fun part of the writing process as it’s pure creation, without having to worry about actually writing it yet. Before I begin plotting, I do A LOT of research into true crime cases and the criminal justice system and I write down any ideas for the book. Before this point I usually have a vague idea of the kind of story I want to tell. And then from those notes, I assemble the plot into order using revision cards as scenes often need to be shuffled around until they are just right.

In our previous interview, you mentioned your love for true crime. Were there any true crime cases in particular that inspired Jamie’s case in Good Girl, Bad Blood?

Yes, in fact, unlike AGGGTM which was inspired by small parts of a whole load of true crime cases, Good Girl, Bad Blood was largely inspired by just 2 criminal cases from the UK. I used these as inspiration to form the mystery at the heart at the book. I cannot go into detail about the cases as that would risk spoilers, but one of them is a very famous criminal case that happened in the UK in the 90s.

Good Girl, Bad Blood is your second published novel. Did you find there were any significant changes in the way you approached writing it that you learnt when writing book one?

Since writing AGGGTM (and another mystery thriller after that) I have done a lot of work on studying story elements and in particular story structure in the world of screenwriting. And I feel that that is a very helpful skill which I hopefully carried into the writing of Good Girl, Bad Blood. Other than that, because of the time constraints, I had to learn to plan even more thoroughly and avoid any possible problems or plot holes before I actually started writing the book, because my first draft had to be polished enough to hand into my publishers.

Where there any points whilst writing both books in which you thought about changing ‘who done it’?

No – once I have my plan and my plot all laid out, it never changes. There may be very small deviations or additions to the story plan, if I happen to have any more ideas mid-draft, but the main plot is always set in stone before I even write the first sentence.

What is it about writing YA thriller/mysteries you find so enticing?

I think I will always be drawn to mysteries and thrillers as these are the kind of stories that I personally love to lose myself to in books / films / TV shows. I love the pace and intrigue of these kinds of stories, and the way there are constant cliff-hangers and plot changes throughout to keep you on your toes. And as for YA, one of the main reasons I love this age category so much is that a huge proportion of YA books are about exploring and celebrating the strength and complexity of young women, when in real life or other mediums, the portrayal of young women can often feel reductive.

Do you have any advice for aspiring authors wanting to try their hand at writing a YA thriller/mystery of their own?

I would say that studying story structure as used by screenwriters for film can be a very useful tool for writers who want to write mysteries or thrillers. Writing a good mystery / thriller is all about sleight of hand and pacing and hitting certain story beats at the right time. Book writers can learn a lot from successful film writers who have to achieve all of this in a much more condensed form.

With readers adoring book one and book two, is a book three on the cards?

I have no official or permitted answer to this question yet. However, I imagine if you were to ask Pip, she might tell you that she thinks there could be just one more mystery left to explore in Little Kilton. 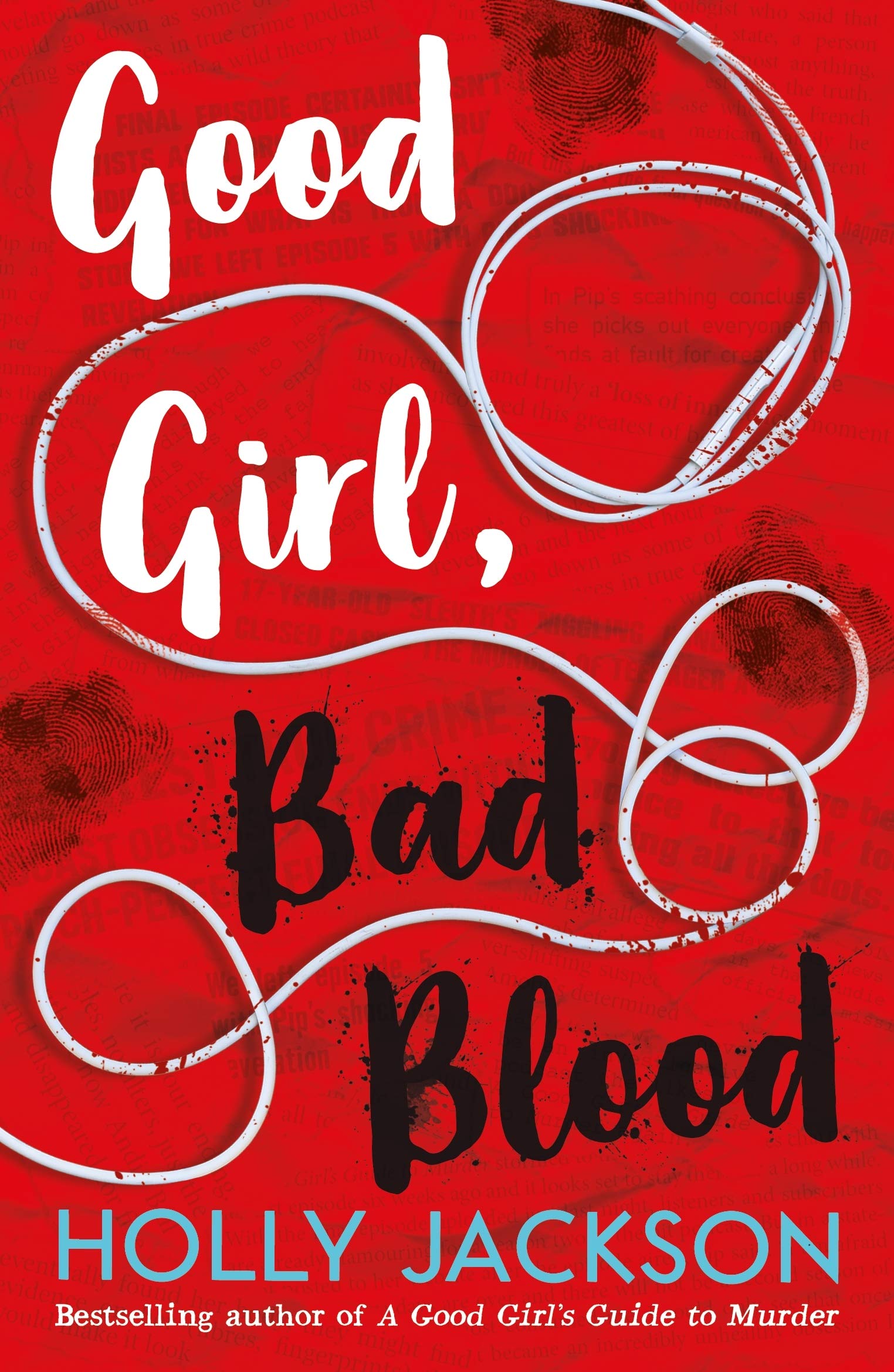 Get your copy of Good Girl, Bad Blood by Holly Jackson here

Staying Home with the Humes: Your new favourite livestream

After: Differences between the original books and the movies