Taylor Swift set to headline BST Hyde Park 2020 – but who will support her?

It may only be December, but we’re already thinking about all the festivals we’re looking forward to next summer. Open fields, pink sunsets and the world’s biggest superstars all in one place… what more could you ask for?

We’re especially excited as Taylor Swift has just been revealed as a headliner at BST Hyde Park 2020. She’ll bring her highly anticipated ‘Lover fest’ to London on Saturday 11th July in what is her first and only UK date to be announced so far.

She previously sold out the festival in 2015 and even brought out a string of celebs as special guests, so we can’t wait to see what’s in store for us this time. We’re already planning our ingenious costumes and dreaming of getting invited to meet Taylor. (Yep, we see you Swifties.)

So far Taylor is the only act to be announced on her date, which has got us wondering who will join her on what is guaranteed to be a star-studded line-up. Here are our top predictions and hopes for who we’d love to see share that stage with her: 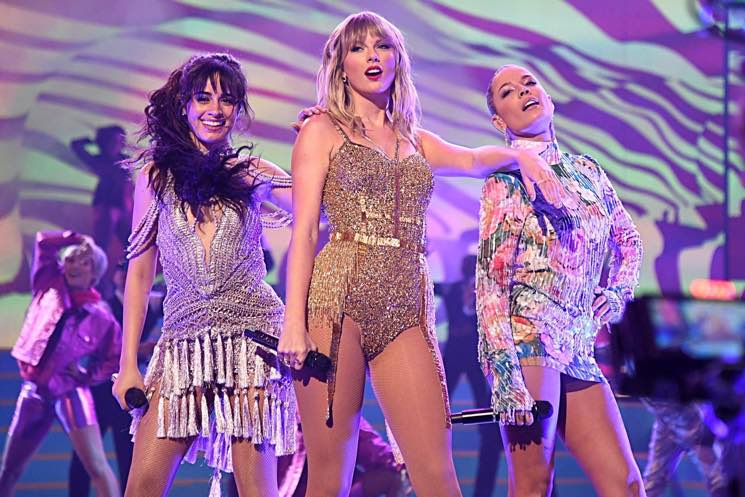 Halsey recently joined Taylor for her performance of Shake It Off at the AMAs and she’s always been vocal of her support for Taylor – especially regarding her recent master’s issue. She’s also got a new album ‘Manic’ out in January so the timing couldn’t be more perfect.

Camila supported Taylor on her massive reputation stadium tour last year and it’s safe to say she’s earned the adoration of Swifties worldwide. Known by her adorable nickname of ‘Baby C’, she’s fun, feisty and knows how to put on a good show.

Pop’s ‘lesbian Jesus‘ has had an incredible year breaking boundaries within the music industry and trailblazing for the LGBT community. Hayley has shared the stage with Taylor multiple times and most recently featured in her music video for ‘You Need To Calm Down’ by revealing that all-important track number five.

Let us know who you’d like to see on the line-up by tweeting us @unitedbypop.

Tickets are available now through the American Express presale and go on sale to the public Friday 6th December at 9am.

Tay Tay not your thing? Don’t worry, the festival has something for all of the family as Little Mix will play Saturday 4th July (supported by Rita Ora, Kesha & Zara Larsson) and Pearl Jam will rock the stage on Friday 10th July – plus a bunch of artists who have yet to be announced.