Due to high demand, the singer had to expand the venue capability of some of his shows.

In a time when concerts seem like a pipe dream, Louis Tomlinson just had to upgrade some of his arena shows in Latin America due to high demand and I think that’s beautiful.

His first solo world tour will not take place until 2021 – hopefully, please universe give us a break! – and it might sound naive right now but his fans don’t care and just wanna be sure to be able to see their favourite singer live when it is finally allowed again.

Louis already sold out a 15k venue in Buenos Aires – in like 15 minutes after tickets were put on sale – few weeks ago and now he expanded the venue capability of a show and rescheduled another one to a bigger venue: additional tickets for the 17k Chile date and the 18k Brazil new location got sold out in about 20 minutes… KING!

And considering it’s his first time on the road as a solo artist, this is pretty huge! Can’t wait to see him on stage again “with all of my people and it couldn’t get better they say” 🎵 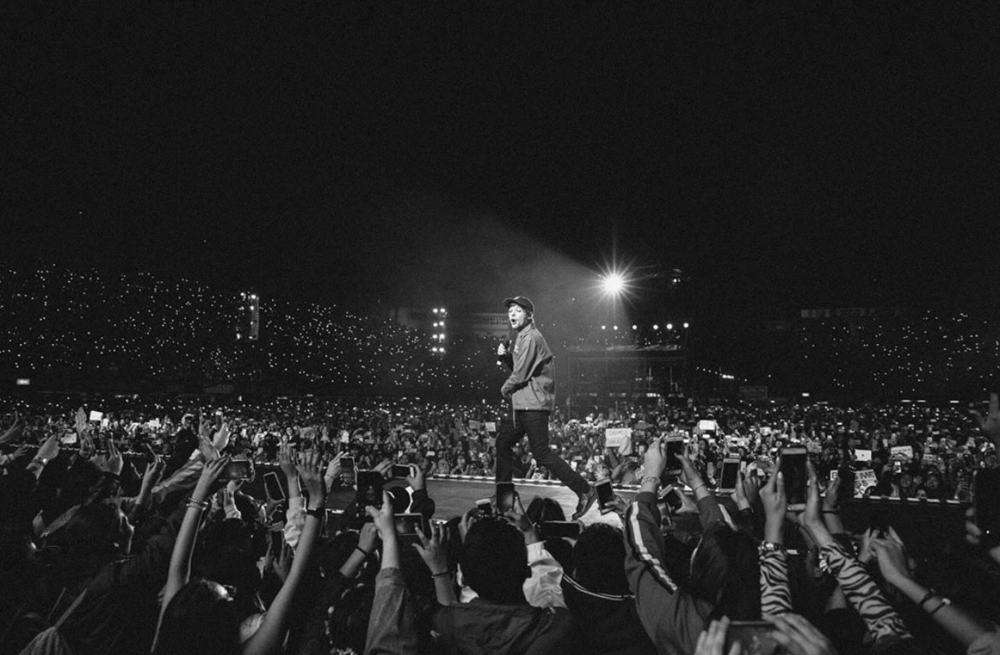 Latin Louies of course welcomed the news with their trademark enthusiasm trending, among other things, “Louis Tomlinson” because why not, “THANK YOU LOUIS” to thank him for listening to their requests and allowing more people to make their dream come true “PROUD OF LOUIS” because he always makes us proud and “pitico” which is a cute way of saying “little one” and Brazilian fans usually use it to refer to Lou.
To be honest, they trend something related to our Tommo almost everyday on social media and their dedication in general is truly admirable and worth acknowledging. And Louis himself has done many times.

Just landed in Mexico and fucking hell you lot are crazy. Amazing start to the trip. Just like the old days! Big love to you all!

They shower him with love every time they can, they always go extra hard when it comes to streaming and charting his songs (TASTE!), Walls was the best selling album in Argentina once again this week, over 6 months after its release, so it’s no surprise that Louis wants to see as many of them as possible and give them the time of their lives.
Also, encouraged by this, other fans are now trying to make their voices heard as well, trending hashtags about their countries needing a LT date so let’s just manifest all together for them to have their chance too ❤️

They deserve it and Louis deserves to be treated the way they do so what can I say?
LOUIS TOMLINSON WORLD DOMINATION STARTS FROM LATIN AMERICA!

Niall Horan speaks out against cyber-bullying, ‘spread the love and laughs’