In 2017, Sandhya Menon took the YA scene by storm with her beautifully written, wonderfully romantic, brilliantly empowering and much needed contemporary novel, When Dimple Met Rishi. She has released a new book each year since, with a further two  hitting the shelves in 2020. Sandhya’s books continuously and superbly integrate important discussions surrounding topics such as sexism, racism, body image and familial expectations, whilst simultaneously making them laugh out loud funny, utterly swoon worthy and essentially the diverse YA rom-coms of our bookshelves’ dreams.

We were lucky enough to chat to Sandhya about the first of her 2020 releases, Of Curses and Kisses, a modern day retelling of Beauty and the Beast, in which Belle is reimagined as an Indian Princess seeking revenge and the Beast, a British aristocrat plagued by the fear of a curse put on his family.

With countless classic fairy tales to choose from, what was it about the story of Beauty and the Beast specifically that inspired you to write your own reimagining of the tale?

Beauty and the Beast has always held a special place in my heart—like many other bibliophiles would say, I’m sure! I was also keenly aware that I’d never seen any of the classic fairy tales reimagined with an Indian princess as the main character, and I was desperate to do that for a new generation of readers. Besides, I’ve always been more than a little in love with the gruff Beast. Making this particular Beast a British aristocrat from a feuding family was just too good of an opportunity to pass up!

There are so many brilliantly clever parallels between Of Curses and Kisses and the original Beauty and the Beast story, such as the West Wing and Jaya’s rose pendant, how did you go about deciding which elements to weave into your own?

Oh, thank you! It was a case of trial and error, to be sure. There were so many things I wanted to fit in, but couldn’t or didn’t (like Belle taking her father’s place in the Beast’s castle; besides not working in a boarding school format, that had a misogynistic, Stockholm Syndrome vibe I didn’t like). In the end, the things that truly symbolized the fairy tale to me made it in—the rose, as you said, the curse, and the West Wing.

I loved the discussions Jaya has throughout the book about her duties as a royal but specially the expectations put on her as a woman. Were there any specific stereotypes you wished to call out and put to rest when it came to Jaya and the women in Of Curses and Kisses?

I think royal women the world over have this ridiculously sexist, unfair standard put upon them. They’re always judged by how meek, how kind, and how pretty they are. They tend to be looked down on compared to the men, and I wanted to show that on the page. I also knew Jaya, as a royal, would have such different expectations and pressures put on her than a regular teenager, and I wanted to be realistic about that as well.

The relationship between Jaya and her sister, Isha, was so heart warming to watch grow and evolve. Whilst you were writing the book, was there a particular relationship you looked forward to exploring further?

Thank you! I absolutely adored writing their sister relationship, especially because they’re such polar opposites in almost every way. From the beginning, when I first got the book idea, I knew Jaya would have a younger sister she was passionate about protecting, and I knew I’d explore that more throughout the book. In fact, it became the main motivation for Jaya’s revenge plot against Grey and the whole reason she decides she must make him fall in love with her. But I surprised myself with how well Grey and Isha got along, and I so loved writing the scene with them discussing robotics at a restaurant!

The book is told through alternating perspectives between Jaya and Grey, who are equally wonderful in their own right but did you have a favourite to write or one you found more challenging?

I found Jaya more challenging to write than Grey, which might surprise readers, as on the surface it may seem that I have more in common with her than a misanthropic male British aristocrat! However, Jaya’s need to put tradition and duty above everything else wasn’t something I could identify with at first, and I had to dig a bit deeper to really access what might drive someone like that. Once I realized she was suppressing her own needs and desires and actually didn’t like the heavy burden of being the duty-bound one, I was able to slip into her head much more easily (several drafts in, of course!). Grey, on the other hand, was such a damaged, vulnerable person from the start—with an intriguing, curse-driven back story—that I had no trouble accessing his motivations and need to hide from the world.

Of Curses and Kisses is quite different from your previous YA contemporaries. What was your experience like writing it and did you come up against any unexpected challenges?

I loved writing Of Curses and Kisses so much! I was actually in the middle of a Gossip Girl marathon when I came up with the idea, and I was really desperate for a book series with that flavour set at a boarding school. So when I sold the series and was able to sit down and disappear into exactly that kind of world for hours on end, I was an extremely happy author! The most challenging thing about it was getting into the head space of these ultra-rich, ultra-powerful teenagers and doing my research so I knew exactly what their lives might be like!

Your books never fail to leave me with a huge smile on my face, what is it about writing upbeat YA contemporaries you find so enticing?

That’s so sweet of you! I love the idea of writing a relatively low-stakes book that people can get lost in when they’re having a bad day or things aren’t going right in their lives. I’ve gotten emails from readers who read my books during chemotherapy treatments or while going through tough breakups or even just to unwind during exams. They like knowing that everything will work out okay in the end before they even begin the story, and I think that’s exactly what I love about writing them: A happily-ever-after, guaranteed.

Of Curses and Kisses is book one in the St. Rosetta’s Academy trilogy. Can you give us any hints as to what we might expect from book two?

Yes! I just finished drafting book two, actually, so it’s fresh in my mind. Book two will be a Frog Prince retelling, and the two main characters are ones we meet in Of Curses and Kisses! Let’s just say opposites definitely attract in this one. 😉

Finally, I have to ask, how many times did you watch Beauty and the Beast whilst working on this book and do you have a favourite character and/or song?

Haha, I feel like you must’ve had a camera trained on me! I watched both the classic Disney cartoon and the newer live action movie with my then-nine-year-old daughter (and also alone) more times than I care to remember! That’s one of the best parts of being a writers; claiming Netflix time as research. I’m a total sucker for the Beast, and my favorite song is Tale as Old as Time. It’s so romantic! I’ve had it memorized since the age of eight, when the cartoon version of Beauty and the Beast first came out.

Get your copy of Of Curses and Kisses by Sandhya Menon in the UK & US. 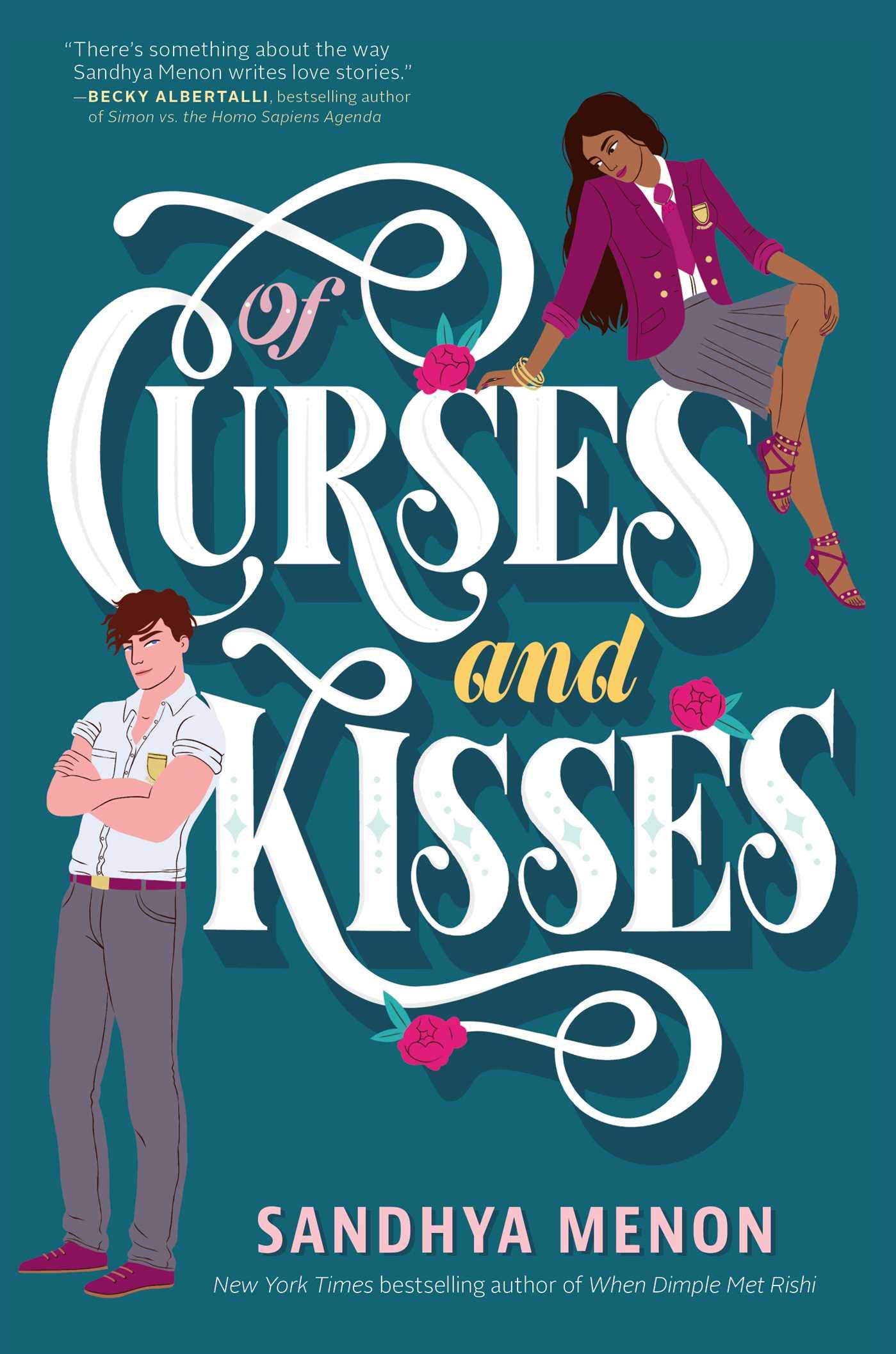 To All the Boys: P.S. I Still Love You – 5 differences between the book and the movie