Here are twenty 2020 standalone novels across the popular genres of contemporary, fantasy and historical fiction well worth the read in 2021

Whilst duologies and trilogies currently dominate the YA landscape, this year has also given rise to some excellent standalone novels across the popular genres of contemporary, fantasy and historical fiction. Here are twenty standalone novels from 2020 well worth the read in 2021, and with the story being contained in a single book, they won’t massively add to your TBR. (Probably.) 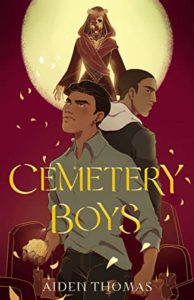 When his traditional Latinx family has problems accepting his true gender, Yadriel is determined to prove himself a real brujo. Deciding to perform the brujo ritual himself, he sets out to summon the ghost of his murdered cousin and set it free. Except . . . he summons the ghost of the school’s resident bad boy instead, and he is not about to go quietly into death. 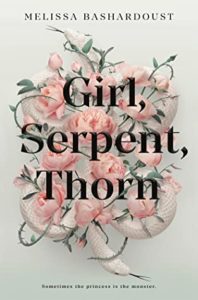 Soraya has lived her life hidden away, cursed to be poisonous to the touch. But as her brother’s wedding approaches, the festivities bring newcomers: a young man who isn’t afraid of her, and a demon who holds the knowledge that could be the key to her freedom. But neither is who they seem, and Soraya’s choices lead her onto a narrow path . . . between human and demon, princess and monster. 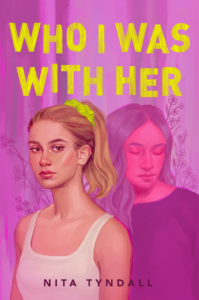 Who I Was With Her by Nita Tyndall

Corinne knows two things to be true: that she is love with Maggie Bailey, captain of the rival high school’s cross-country team, and that she isn’t ready for anyone to know she’s bisexual. But when Maggie dies, Corinne is left unable to grieve publicly over a relationship no one knew about. The only one who seems to understand her is Maggie’s ex-girlfriend, and Corinne has to ask herself what she truly wants, and who she wants to be. 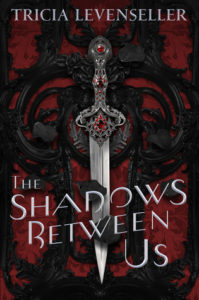 The Shadows Between Us by Tricia Levenseller

Alessandra Stathos has a plan to secure power: woo the newly-crowned Shadow King, marry him, and then kill him and secure his throne (and kingdom) for herself. But the Shadow King is no fool, and his power is unknown. And Alessandra soon realises she is not the only one trying to kill him. As the two grow closer over multiple foiled assassination attempts, Alessandra’s original plan starts to grow murky as the feelings in her heart grow. 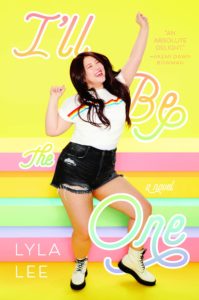 I’ll Be The One by Lyla Lee

Skye Shin has heard it all. Fat girls shouldn’t dance. Wear bright colours. Shouldn’t draw attention to themselves. But Skye is determined to join the glittering world of K-Pop – by competing in an internationally televised competition searching for the next K-Pop star. Though with unexpected media scrutiny and sparks flying with fellow competitor Henry Cho, Skye’s biggest fight may be to not lose herself.

Sheetal Mistry has a secret: she is only half-human, and her mother is a star. Near her seventeenth birthday, the call of the stars invokes a flare of starfire that burns her human father. To heal him, Sheetal agrees to act as the champion of her celestial family in a competition to decide the next ruling house of the heavens.

Georgia has never been in love, never kissed anyone, never even had a crush – but she’s sure she’ll find her person one day. As she starts university with her best friends, her plans to find romance wreak havoc. Discovering new terms such as asexual and aromantic, Georgia comes to realise that maybe the loves she seeks has been close at hand all along. 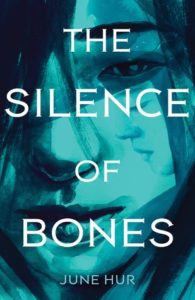 The Silence of the Bones by June Hur

Joseon (Korea), 1800. Orphaned Seol is indentured to the police bureau, and has been tasked with assisting a young inspector in the investigation into the murder of a noblewoman. But as the mystery twists and the young inspector becomes the prime suspect, Seol may be the only one capable of discovering the truth of the murder. 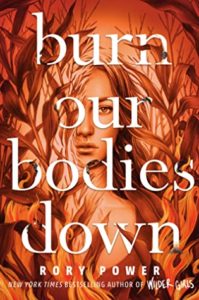 Burn Our Bodies Down by Rory Power

It’s always been Margot and her mother. Her questions about her family and what came before have always been left unanswered. But Margot wants to know more, and when a photograph points her to the small town of Phalene, she goes. But when she arrives, it’s not what she bargained for. And it becomes increasingly clear that Margot’s mother left for a reason. 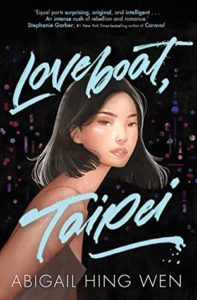 When Ever Wong’s parents send her from Ohio to Taiwan to study Mandarin for the summer, Ever finds herself thrust amongst fastidiously over-achieving teens. Unbeknownst to her parents, however, is that the program is also an infamous teen meet-market. Alone in a foreign country, Ever is free to make her own choices – but how far can she go before she breaks her own heart? 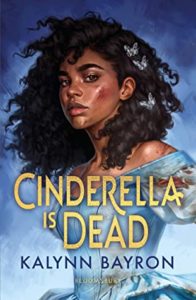 Cinderella is Dead by Kalynn Bayron

200 years after Cinderella found her prince, the fairytale is dead. Teen girls are now required to appear at the Annual Ball, where the men of the kingdom select wives based on a girl’s display of finery.  But when fleeing the ball, Sophia has a chance encounter with the last known descendant of Cinderella, and together they vow to bring the king down. 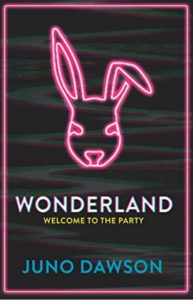 Alice lives in a world of stifling privilege. When her troubled friend Bunny goes missing, Alice becomes obsessed with finding her. On the trail of her last movements, Alice discovers a mysterious invitation to the exclusive ‘Wonderland’ – a party to end all parties. But Alice can trust no one, least of all herself . . .

The Kingdom of Back by Marie Lu

Nannerl Mozart has one wish: to be remembered forever. But despite her talent with music, eighteenth-century European society means she can only continue performing until she reaches a marriageable age. When a mysterious stranger one day makes her an offer she can’t refuse, Nannerl accepts – but whilst his help may make her wishes come true, it could cost her everything. 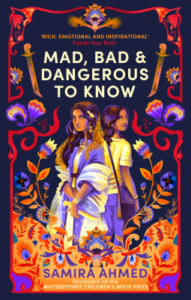 It’s summer in Paris and seventeen-year-old Khayyam is at a crossroads – her boyfriend is ghosting her, and she may have blown her chance at getting into her dream college. To distract herself, Khayyam begins to investigate an enigmatic 19th-century Muslim woman who may have been a muse to prominent creatives such as Dumas, Byron and Delacroix. 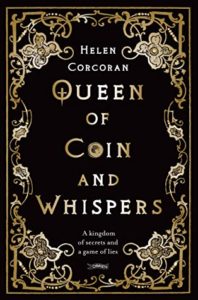 Queen of Coin and Whispers by Helen Corcoran

When Lia inherits her father’s bankrupt kingdom, she brings a new spymaster with her: Xania, who takes the role to avenge her murdered father. Faced with dangerous plots and hidden enemies at every turn, Lia and Xania must learn to rely on each other. Otherwise, the consequences may not be just the destruction of the kingdom. 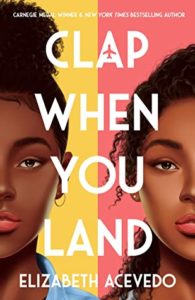 Clap When You Land by Elizabeth Acevedo

Camino Rios loves the summers when her father visits her in the Dominican Republic. But when his plane is supposed to land, Camino finds the airport full of grieving people. In New York City, Yahaira Rios is called to the principal’s office, where her mother waits to tell her about the death of her father. Separated by distance and their father’s secrets, the two girls are forced to face a reality where their father is dead and their lives altered. 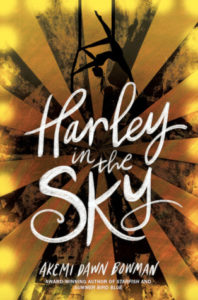 Harley in the Sky by Akemi Dawn Bowman

Harley Milano has always wanted to be a trapeze artist, and with parents who run a famous circus in Las Vegas, her dreams could easily become a reality. But when her parents insist she continues to attend school instead, Harley leaves home and joins a rival travelling circus. There, she learns the value of hard work and passion. But no matter how hard she throws herself into her work, she can’t forget the family she left behind. 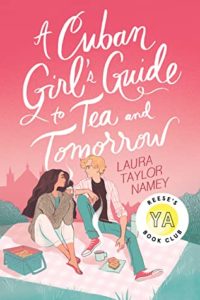 Sent from the States to England by her parents in order to restore and relax, Lila is distinctly displeased by the turn of events. There is no sun, the inn cook is grumpy, and the town is small. But when she meets Orion Maxwell, a teashop clerk who appoints himself as her personal tour guide, it isn’t long before Lila is charmed.

Camila Hassan lives a double life. At home, she is the dutiful daughter, but on the soccer field, she is La Furia, a powerhouse of skill and talent. When her team qualifies for the South American tournament, Camila gets the chance to see just how far those talents can take her – maybe even to a North American university on a scholarship. But her parents don’t know about her passion – and if they did, they would forbid it. 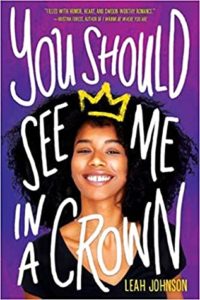 You Should See Me in a Crown by Leah Johnson

Liz has always believed she’s too Black, too poor, and too awkward for her small and rich Midwestern town. Which is why she’s going to get out as soon as possible. But she needs money to attend the uber-elite Pennington College, where she wants to train to be a doctor. In order to raise the funds, she sets her sights on the school scholarship for the prom king and queen. But unfortunately, the girl she likes is in the running too.

Which 2020 album are you based on your zodiac sign?