It took me two days to listen to all of their music and here's what I think.

I had this crazy idea of listening to all of BTS’s albums before the year ended. I thought that it would only take me about two hours, but in fact, it took me two days to finish listening to their entire discography. So, here I am, 259 songs later, and here are my thoughts. 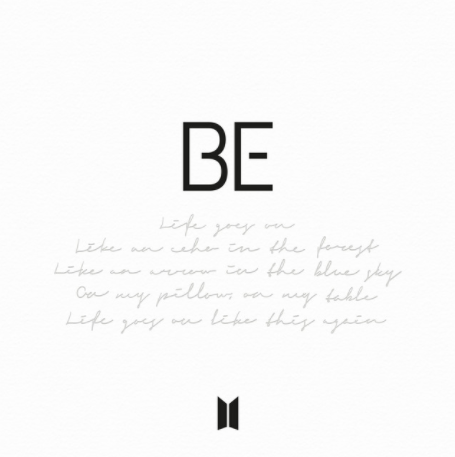 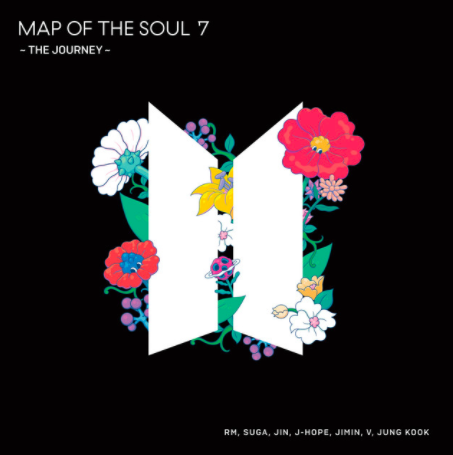 With this album, I was able to pick out the songs I was familiar with. Songs like “Boy With Luv”, “IDOL”, and “ON” are ones that I have listened to before. However, what I didn’t know is that they released Japanese versions of these songs. And with some research, it was interesting to read that this is their fourth Japanese studio album. It just goes to show how talented these guys are. Props to them for singing not only in Korean and English but Japanese as well. 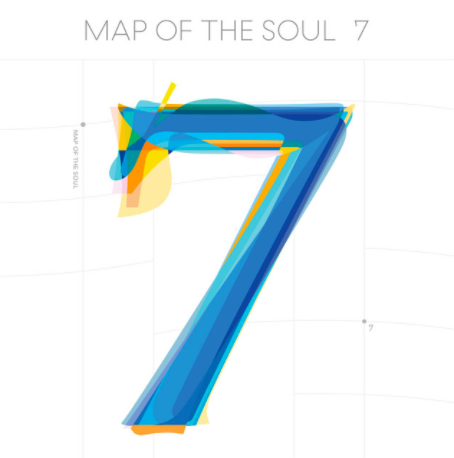 Compared to Map of the Soul: 7 ~The Journey~ there’s something about this album that is soft and sweet but also thrilling and fun. However, they also play with sounds of rock on “Dionysus” and Latin pop on “Filter” which was exciting to hear because I feel like BTS has always been known for their pop and hip-hop sound. Honestly, the more I listen to them, the more impressed I become. And can I just say, I got so excited seeing “ON” appear on this album because I think this is my all-time favorite song by them and their performance on The Tonight Show was just everything! 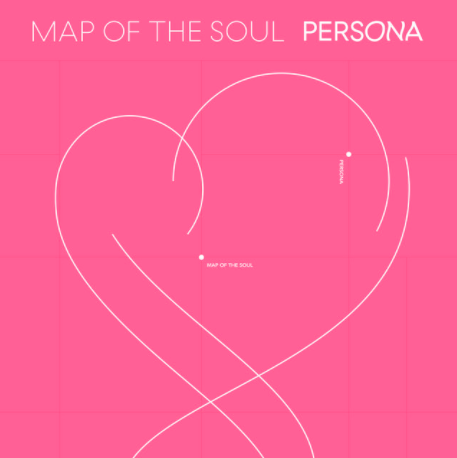 Just as it was featured on Map of the Soul:7, “Boy With Luv (feat. Halsey)” is on this album as well. I was told that with their albums, I would expect to see that some songs will repeat but I’m not even mad about it because I love that song. Besides that, I love how this album begins with the first track “Intro : Persona.” Right off the bat, it had me hooked so kudos to BTS for catching my attention with this song. Also, I noticed that out of the three albums named Map of the Soul, this was the shortest one. However, though it may only have seven tracks, it still finds a way to stand out. 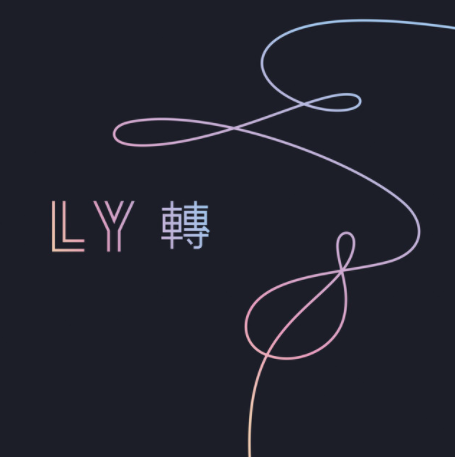 Umm… HELLO! As soon as “Intro: Singularity” started playing my eyes went so wide. What a way to open an album! And then I get to “134340” and “Paradise” and then I’m asking myself why I put off listening to their music for so long. So far, I’ve listened to five of their albums and I think this is the one I have enjoyed the most. Of course, it has that hip-hop element, and the occasional electropop, that has been present in the previous albums I have just listened to, but there’s something about this one that is more relaxed, and I think that’s why it’s so enjoyable. 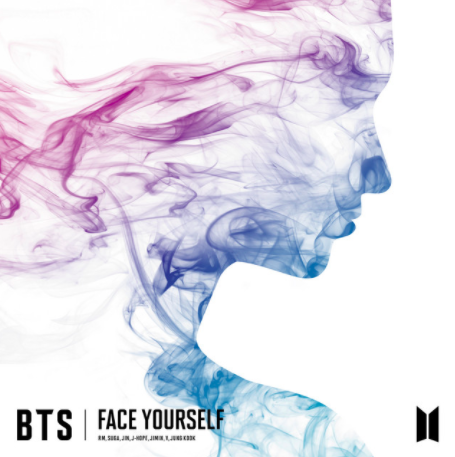 Loved seeing that this was another one of their Japanese albums. The majority of the songs on this album consist of Japanese versions of their other songs, but it’s songs like “Crystal Snow” and “OUTRO : Crack” that caught my attention right away. 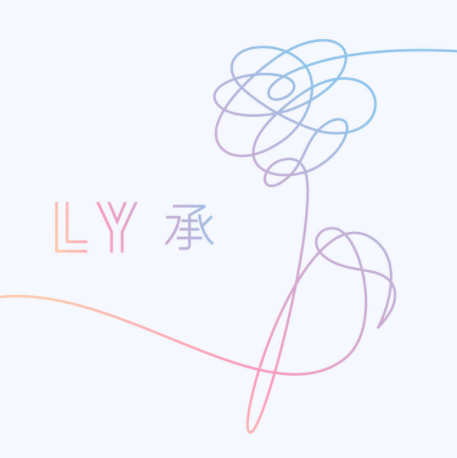 Can I just say that when I saw the first track for this album, I had such a big smile on my face because serendipity is my favorite word. That being said, “Intro: Serendipity” is such a sweet opener for this album. I also thought it was really sweet how they added their Billboard Music Awards Speech. It added that sweet reminder for fans and pretty much anyone to love yourself (very clever BTS, very clever). 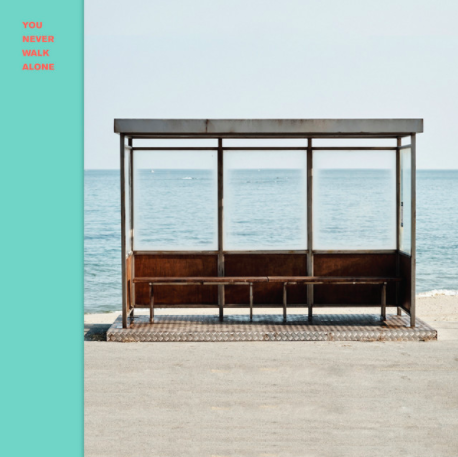 I don’t know if it’s just me, but this album is different from the recent stuff they have released. I could be wrong but that’s the feeling I got when listening to this album. But that’s not to say this album isn’t good because it is. I’m adding this here because I now just realized that this album is the same as Wings so I enjoyed the additional tracks. Also, is there a difference between “Outro: Wings” and “Interlude: Wings” because each time I listen to both they sound the same to me, or am I missing something? 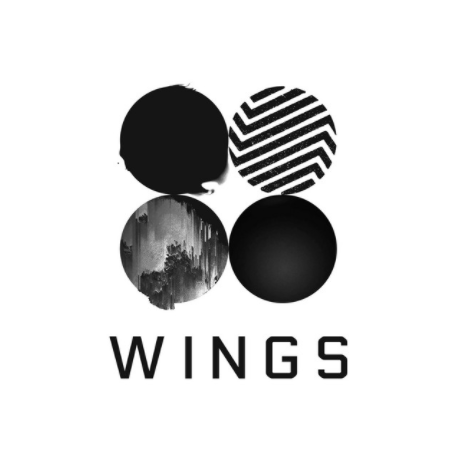 Favorite Songs: (None since it’s literally the same as You Never Walk Alone but to create continuity for this article…) “Stigma” 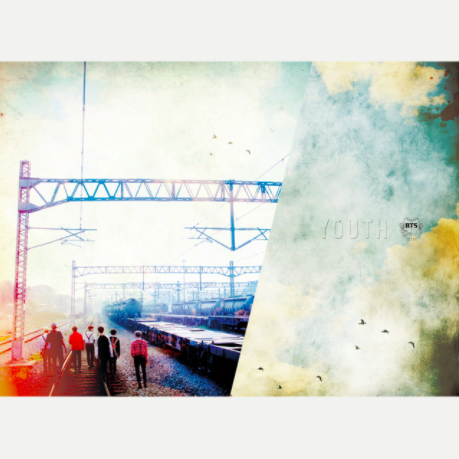 I don’t think I’ve reached the halfway point, but I feel like I’m almost there. Anyway, I’ve come across another Japanese album! I feel like every time I stumble upon these it’s a sweet surprise because it reminds me again that they do full-length Japanese albums. Ugh, I’m falling in love with this group.

Favorite Songs: “Wishing On A Star” 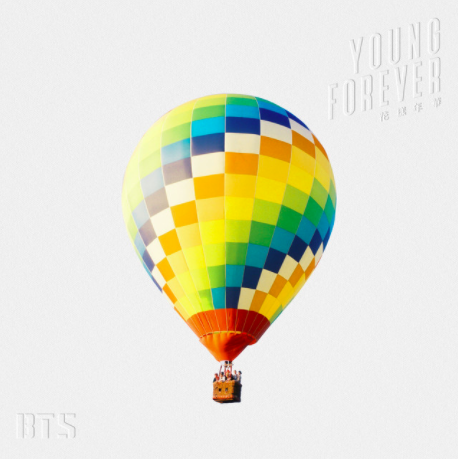 The Most Beautiful Moment in Life: Young Forever (2016)

Ok, maybe I have been listening to BTS since 2016? Because as soon as “I Need U” started playing, it transported me to a time when I was driving back from a Niall Horan concert with a friend and she was playing me all these songs she had just discovered. Besides that, I liked this album, it was fun. 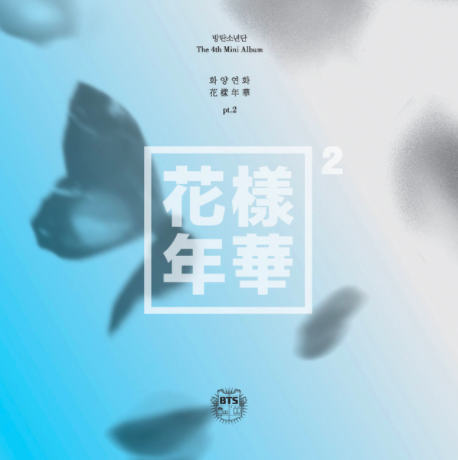 Just like with one of their other albums, I’m not going to dwell on this one because these songs appear on the album that follows this one. I will say though I always look forward to listening to tracks like “Skit: One Night in a Strange City.” It adds a break between songs that I think fans truly enjoy listening to.

Favorite Songs: “Skit: One Night in a Strange City” (is this considered a song? Well, it is now!) 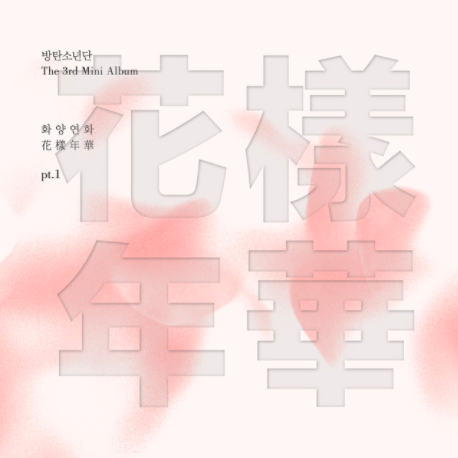 Ok, so I’m starting to think that I should’ve reviewed their music from oldest to most recent so I could see the pattern that these songs were added in to complete this story being told but I don’t mind listening to these songs over and over again. That being said, since I’ve already listened to these songs, I will state again that listening to their skits has become a favorite part of mine as I go through all of their albums. 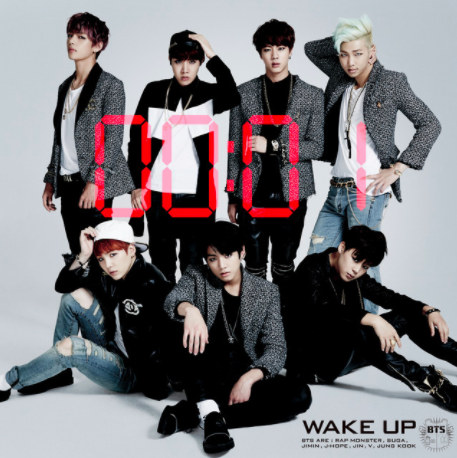 I have reached 2014 BTS! From what I’m seeing as I look at the tracklisting but also with some research, this is their first Japanese studio album. Of course, there are the versions that they have translated but the ones that aren’t are just as great. 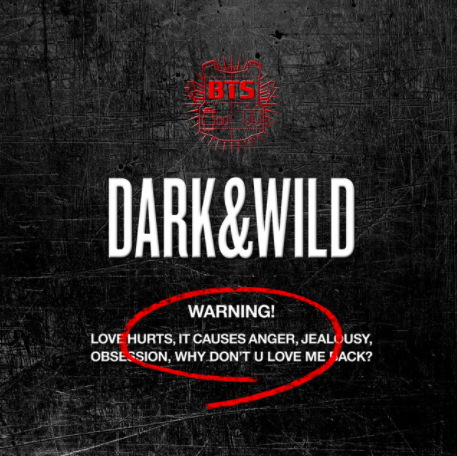 The more that I go backwards with all the albums they have created; one can tell that their earlier albums are heavily hip-hop influenced. Songs like “Danger”, “War of Hormone”, and of course, “Hip Hop Phile” showcase this. Pretty much this whole album is very hip-hop influenced, and you know what? I kind of like it. Also, am I the only one who is getting major young Justin Timberlake vibes when listening to “Look Here” because I can groove to this all day long. 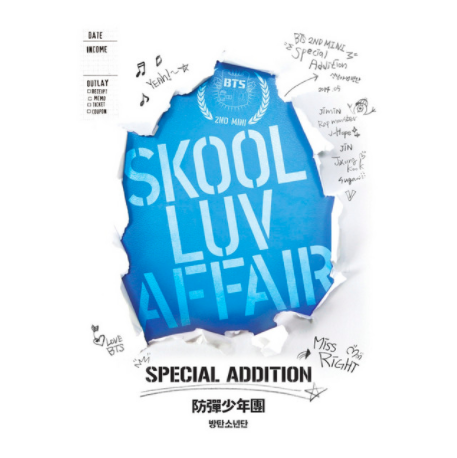 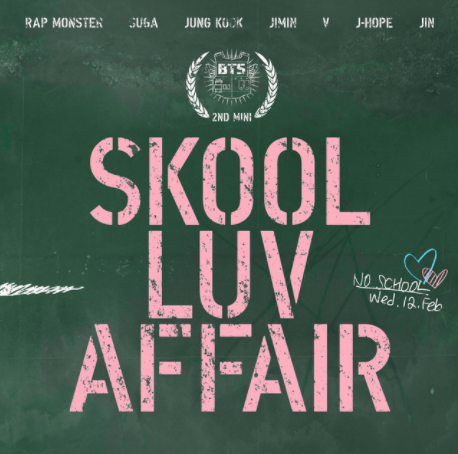 I can see the finish line as we speak. I’m kind of sad that I’m almost done listening to all of their albums because though I have eaten one rice cake, a bagel, have drunk countless bottles of water, and it’s almost 11 PM,  this is the one thing that has entertained me over the past two days. Anyways, we are getting closer and closer to their debut album. But before we get there, can we just appreciate how these guys love hip-hop. You can tell from their early albums that they are big fans and have always been influenced by hip-hop. Also, I see another skit on this album. Ugh, these are my favorite! 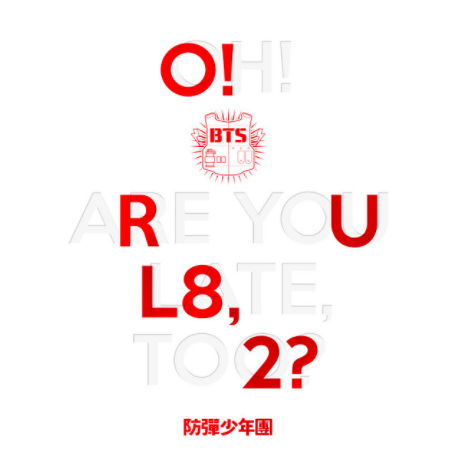 We are reaching the finish line, my friends! I still can’t believe I’m almost at the end or is it the beginning? Either way, I’ve said it before, but I have enjoyed listening to their earlier music. And again, you know what I’m going to say. I love the skits! Can we all come together and petition for them to create an album that is just filled with these voice notes? 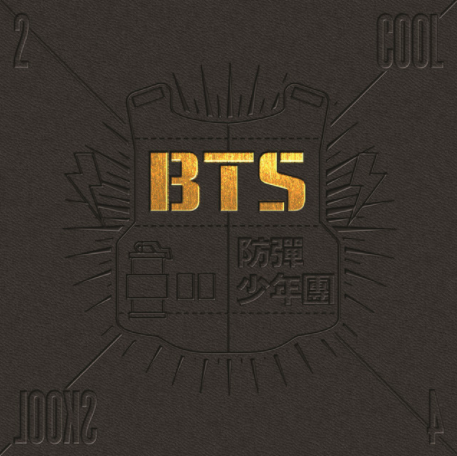 I can’t believe I have reached the end (really the beginning since this is the first album they released). Though I’m finishing this journey off with a short album, it’s quite sweet that I’m ending it with one that has a track that is just instrumental. I really loved the addition of “Interlude” because it provided a breather between songs but also because I’m a sucker for anything instrumental. 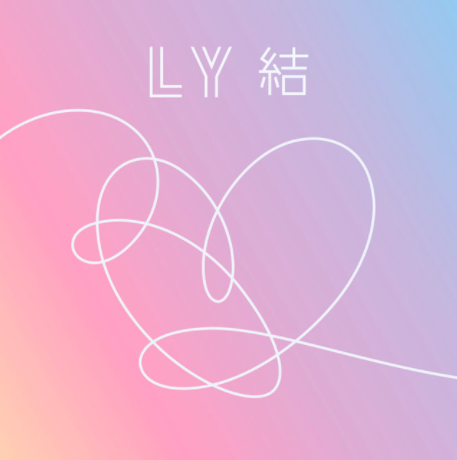 Bonus! This one is out of order because I didn’t realize that it was missing until I went back to check that I listened to everything. Besides the point, I’m glad that I went back and found this one because when I did my research on this album, I learned that this one is a compilation album of Love Yourself: Her and Love Yourself: Tear. Usually, I’m not a fan when songs are repeated on another album, but I’ve come to learn that when it comes to BTS’ albums, they are essential for the storytelling behind the album. That being said, I love this one and I don’t mind listening to “IDOL” over and over again.

I honestly didn’t think I would be able to listen to all of their albums over the course of two days but to my surprise, I did. Before doing this, I only knew maybe four songs by BTS. Now I can say that I have listened to literally every song released by them including skits. It was refreshing to see the progression of their music style go from just hip-hop to now pop, electropop, Latin pop, and so much more.

I really enjoyed listening to their evolution because the more I listened to them, the more I began to hear them finding their groove within their music and it’s so sweet to see how far they have come as a group. I now see why so many of their fans have such a deep devotion to these guys and I can now say that I am officially a big fan of BTS.

Writer’s note: I would like to give a huge thanks to my good friend Reem for graciously helping me out and answering all my questions. Also, if there are any performances you think that I might like, send them my way on Twitter!