Although I have been a fan of Take That ever since I can remember,  it wasn’t until 2011 that I managed to see them live for the very first time.

Since then, I have made it my mission to see them on every tour they’ve done since – and thankfully I have been successful in getting tickets.Having seen them as a four- and five-piece for their ‘Progress Tour’ in Cardiff and then as a trio for their ‘III Tour’ in Manchester, this year, it was time to travel to Birmingham for the ‘Wonderland Tour’.

Providing fans with the equal opportunity to have a great view, they had the stage in the centre of the arena. I had a fantastic view from where I was sat. It’s always difficult to know how good your view is actually going to be even when you check the seating plan beforehand. When I got to my seat and saw how close I was, I was delighted! 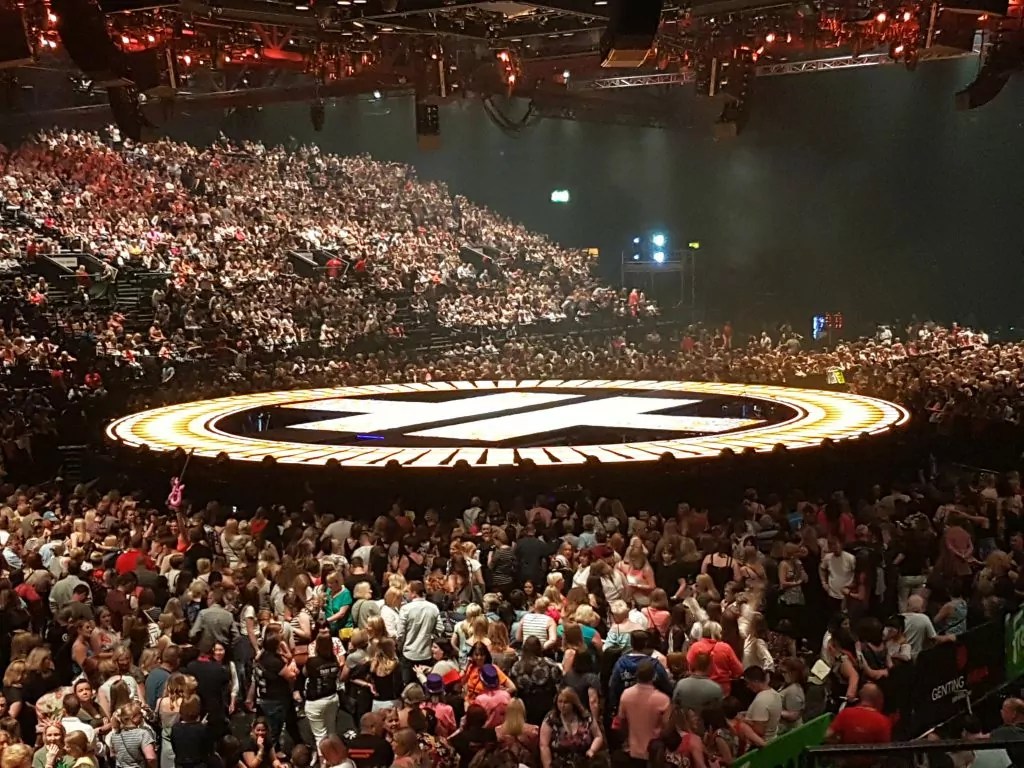 At 20:25pm exactly, Gary, Mark and Howard entered the stage walking through the crowd as they sang their album track ‘Wonderland’ wearing jackets that had G, M and H written on them – you know just in case you didn’t know who’s who.  I was surprised that there didn’t seem to be many people in the crowd who actually knew the track despite it being from the new album. That didn’t stop me from dancing around like a fool. There seemed to be more of a response as they followed it up with their smash hit ‘Greatest Day’. 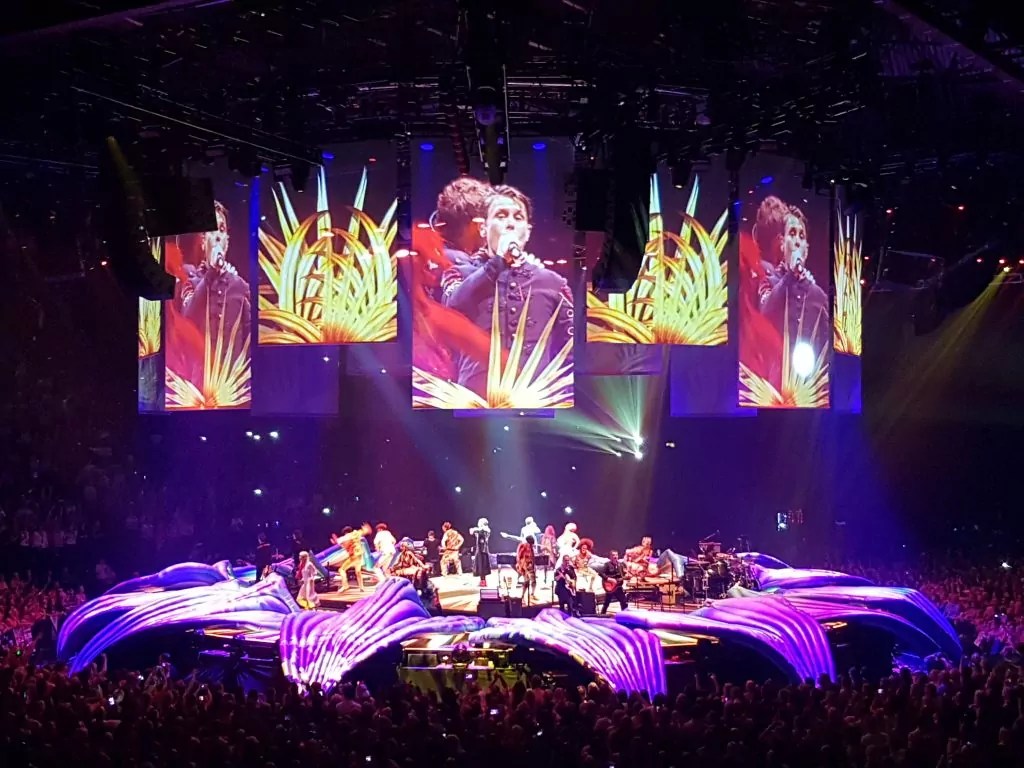 Knowing how amazing their previous tours have been in terms of production, I did wonder how they’d manage to pull this off with the stage being in the centre of the arena. Needless to say, they didn’t let that hold them back. The various changes and amazing props added that extra ‘wow factor’. You know that whenever you go to see the boys on tour, this isn’t just a concert, this is a show and it is worth every penny! As they sang song after song, the boys kept the crowds entertained with wacky, weird and wonderful performances from their dances while they left the stage for their various costume changes. 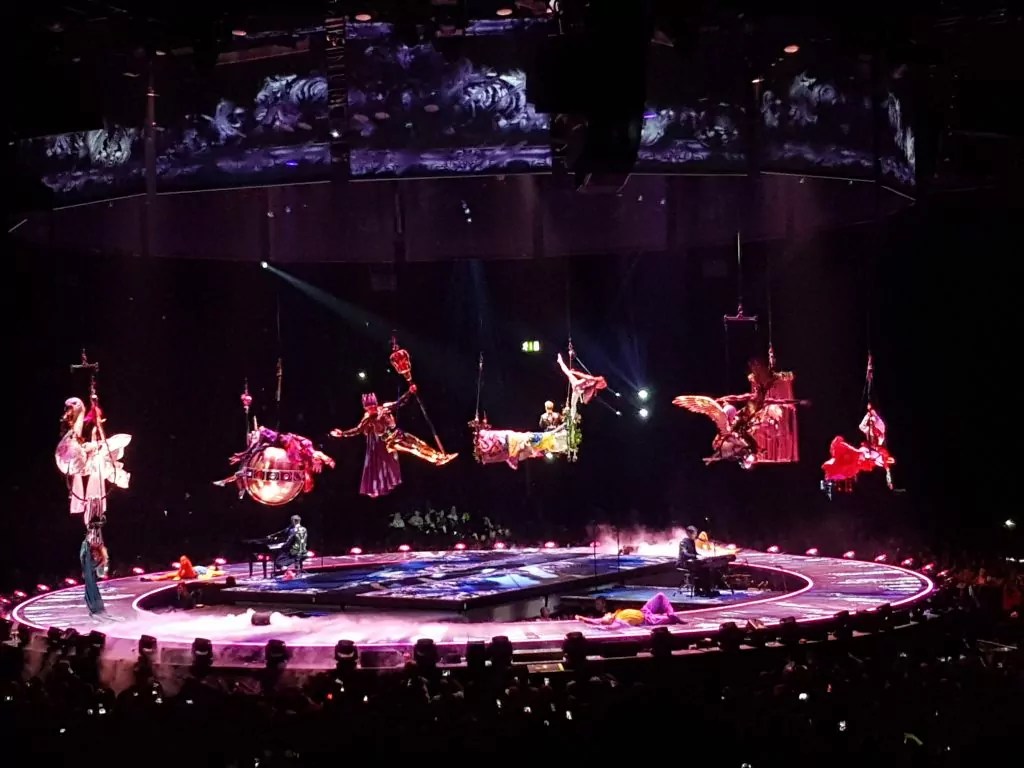 Whenever Take That tour, they always make sure that they sing various songs from all their albums. Last night was no exception. Let’s face it, their back catalogue is huge, so it must be tough for them to whittle their set list down to a 1hr 45min set. The trio didn’t disappoint with classics such as ‘Relight My Fire’, ‘Back For Good’ and a track that they released in the early 90s ‘Satisfied’.

Having formed in 1990 and still selling out arenas 27 years on, I think they’ve got quite a few years in them yet. Whether you’ve been a ‘Thater’ from day one or have only become a fan in recent years and have tickets to see them live – rest assured, you will have a fantastic night. If you haven’t got tickets to see the Wonderland Tour, why not get tickets on June 9th where the show will be streamed live from the 02 in London to most cinemas.  Although it will be a few years until they tour again, I’m already looking forward to the next tour!