Last week, Lady Gaga — after announcing that she raised $35 million for the Solitary Response Fund to help fight the COVID-19 outbreak — shared her plans on curating a benefit concert in hope to give viewers the chance to “sit back and enjoy the show that you all very much deserve”.

She gave a peek at who we could expect to see, and now the lineup has been confirmed via Global Citizen, who is partnering with Gaga and WHO to organise the concert. 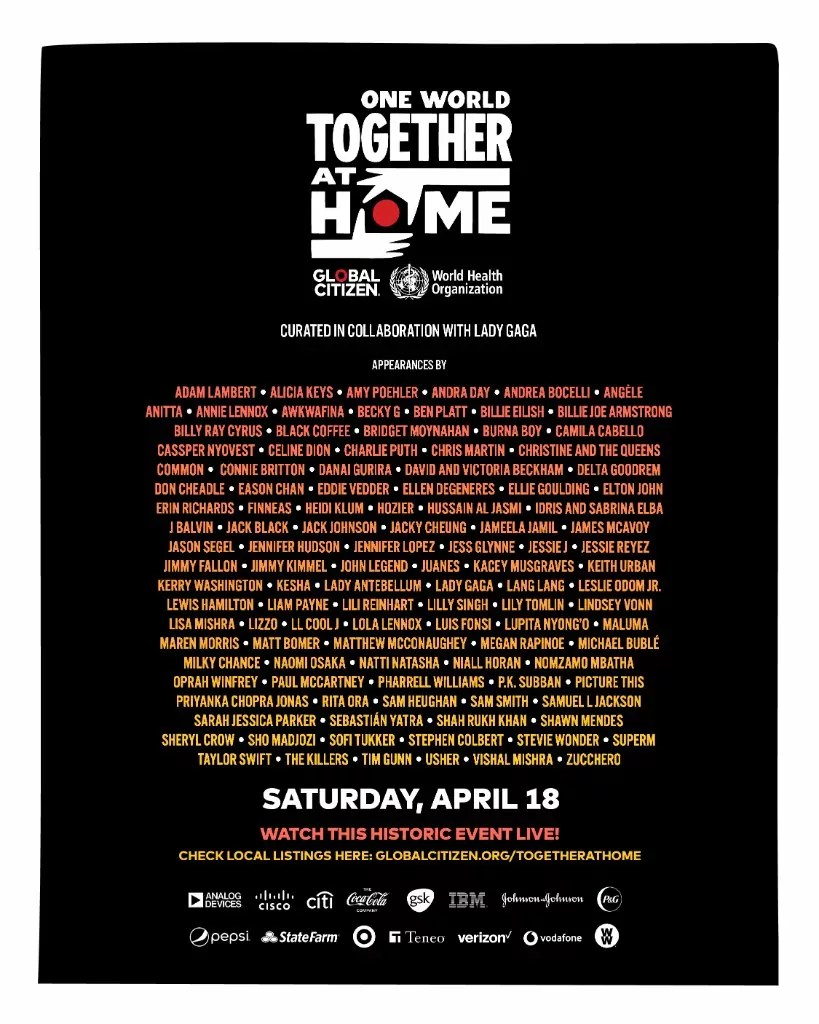 Hosted by Jimmy Fallon, Jimmy Kimmel, and Stephen Colbert, “One World: Together At Home” will air on April 18th at 8:00 PM ET, appearing on networks including ABC, NBC, CBS, and The CW, as well as several global channels.

5 Seconds of Summer fans continue their fight against Billboard