Throwback to the first time Louis headlined a huge festival as a solo artist.

It’s been already a year since Louis Tomlinson headlined the CCME (Coca Cola Music Experience) festival in Madrid, giving us the first real taste of what his solo shows would be and feel like.

With a ten-track setlist – revealed few days before the show because he enjoys including us in everything he does – consisting of some of his old singles, some covers and four unreleased tracks, Louis owned the stage, the performance and the over 60k sold-out crowd. And way more watching from blurred live streams back at home from all over the world, regardless of school, work and time zones because Lou always comes first. 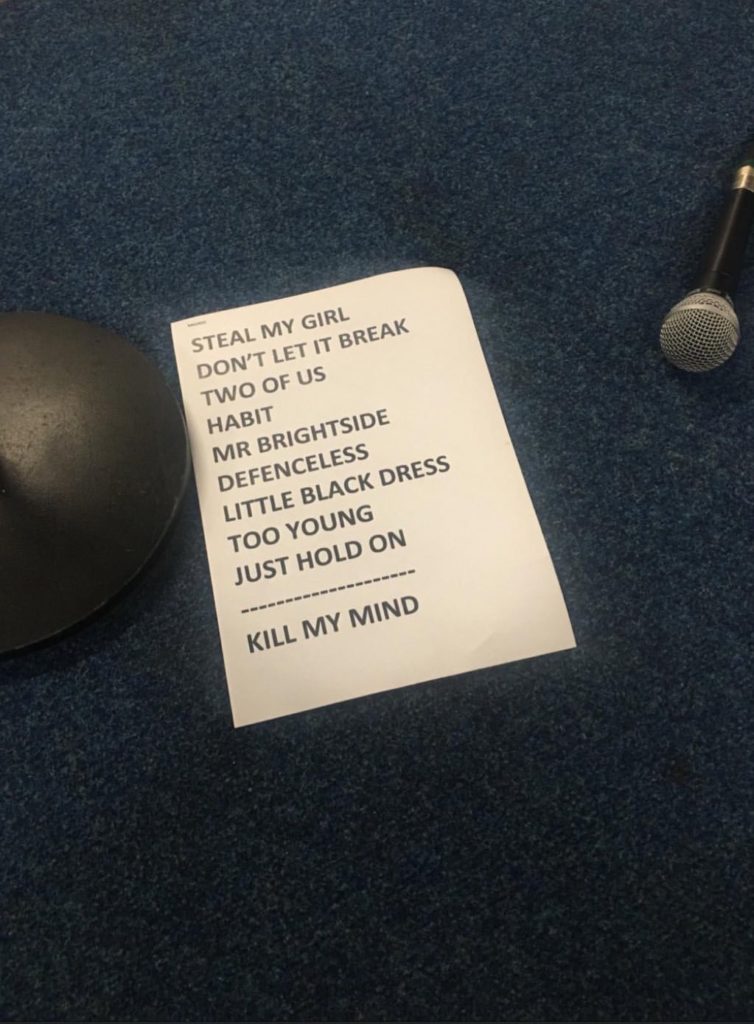 Since ‘Steal My Girl’ started playing while Louis came on stage, it was clear how iconic and memorable that night would be. And, throughout the show, he not only lived up to expectations but definitely exceeded them.

Even the weather agreed. I mean do you think it was a coincidence that it rained all day except for when he performed? Louis Tomlinson is the sun and it shows.

He gave us his own version of another One Direction song, ‘Little Black Dress’ (Tomlinson co-wrote on both), he performed the emotional ‘Two of Us’ and a revised version of ‘Just Hold On’ that suits him and his sound more. Nine years after the first time he sang it at his audition for The X-Factor, even though it was never aired, he covered ‘Mr. Brightside’ by The Killers again and smashed it. His rendition was so good that we have been begging him for a studio version since then but, guess what? We will never get it.

He also blessed us with four unreleased tracks everyone fell in love with right away: the hopeful ‘Don’t Let It Break Your Heart’, the thoughtful ‘Habit’, the vulnerable ‘Defenceless’ and the nostalgic ‘Too Young’. At that time, we weren’t sure they would make it to the album, but it only took few notes of each for everyone to hope it would happen. And, as usual, Louis didn’t disappoint and included all of them in his amazing debut album Walls a few months later.

He ended the set with the catching upbeat ‘Kill My Mind’, that had just been released few days before allowing the whole audience to cheer, sing, and dance along, surrounded by red lights and confetti.

Still can’t get over Saturday night. Thank you so much to everyone who came to Madrid. What a night

On that night, Tomlinson impressed and mesmerised everyone with his flawless vocals and his attitude and stage presence; he cemented his previous statement and finally showed who Louis Tomlinson IS as a solo artist.

He looked and sounded so happy, so excited, so confident and that’s how we want to always see him. And that’s how we would be seeing him right now if we weren’t in this situation, considering he would be touring worldwide as he so eagerly looked forward to.

As he once again tweeted a few days ago, after thanking his fans and checking on us as usual, Louis wishes he were on tour and so do we.

Hope everyone is doing alright. Missing you all and wishing I was on tour. When it finally comes round its going to be even more special

But, unfortunately, we have to wait for concerts to be allowed again, and it might take a while so, until then, we can just reminisce about the good old days and STREAM WALLS!

P. S: What performance did you love the most? What unreleased song did you claim that night? Did you change your mind after Walls was released? Let us know!