The singer is gonna meet some lucky fans around the UK right after the release of his highly anticipated second album Faith In The Future.

To celebrate the release of his highly anticipated sophomore album Faith In The Future – out on November, 11th. Pre-order it here if you haven’t already! – Louis Tomlinson will be meeting some lucky fans at in-store signings around the UK.

Doing some signings around the UK for Faith In The Future. See you there. #FaithInTheFuture https://t.co/qwJCovQmhq pic.twitter.com/zr6AcwtScY

From November, 14th to November 17th Louis is gonna be at some hmv stores (London, Birmingham, Manchester, Sheffield, Newcastle, Glasgow, and Edinburgh) and at Rough Trade East (London) waiting for you!

Access will be limited to people who pre-order the album + event entry bundle/tickets on the respective websites. For any further information visit Tomlinson’s official website!

Of course, only a restricted amount of Louies will be able to meet their favourite singer and celebrate with him another huge moment in his solo career. Also, queue to even just enter one of the website seems to be hours long right after the announcement – haven’t we queued enough to get tickets for his FAITH IN THE FUTURE WORLD TOUR 2023? Go grab yours while you still can! – so I’d recommend you to try to secure your spot as fast as possible!

For the rest of the world, who will only get to cry over content shared over social media, are we ready for more pictures of Louis – like the one below – looking at his Louies with literally stars in his eyes knowing that we are not the ones who took them? 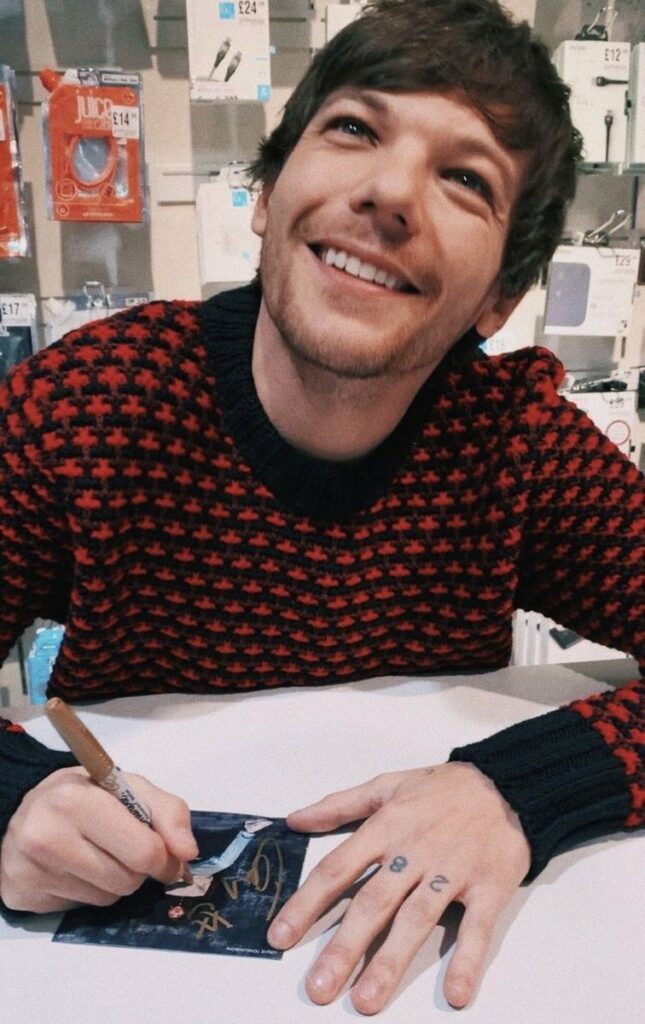 Spoiler: NO. No, we aren’t. But what can we do? Oh, right. Stream Walls, ‘Bigger Than Me’, ‘Out Of My System’, every other song of his and the whole Faith In the Future as soon as we can – oh my, soon is really getting sooner now 😱😱😱 – because Louis Tomlinson might not be looking at you that way right now, but sure as h€ll he would if he could. And, sooner or later, he will.

So, meanwhile, let’s make him proud or better to say even prouder!