In a press release, HIGHLINE announced that Wonho will be releasing music as a solo artist and also be able to show his music composition, lyrics writing and production skills. In addition, the agency said, “We will give full support to Wonho for his activities as a solo artist in the future.”

Following the announcement, Wonho launched social media accounts to connect to his fans once again. This includes Twitter, Instagram, and fan cafe.

Later on, the singer posted a letter to fans. The letter is titled “Hello”.

“You probably were very hurt by me for a long time. I can’t undo the hurt I did and I know that. I am going to try my best so that you don’t feel burdened when I talk and feel happy through my efforts. I want to say another thing again. It’s ok to rest whenever it is hard. Don’t hurt because of me. I will try to be a resting place for my fans when they are tired and worried. Thank you for giving me the opportunity to become a better person. I will be thankful as I work. Thank you for letting me keep that promise.” 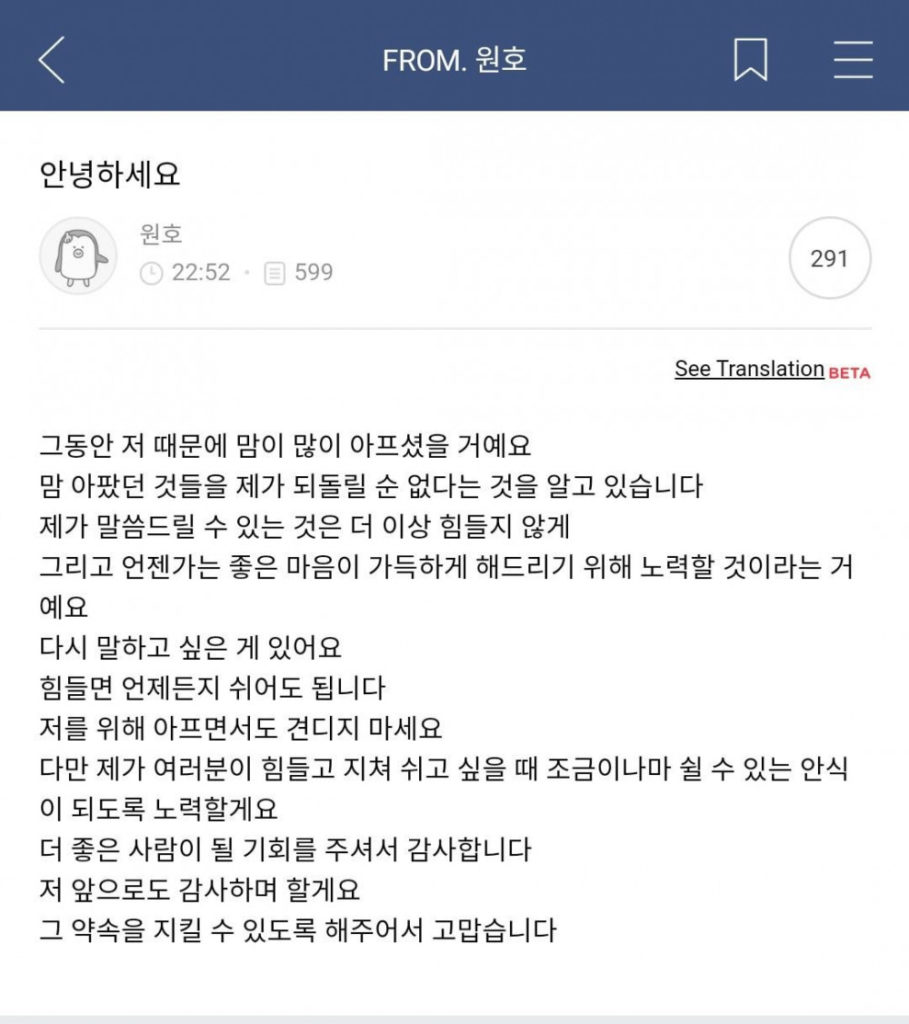