GOT7 have revealed the tracklist for their upcoming mini-album “DYE”, lyric teasers and plans for "EveryDATE"

GOT7 have revealed the tracklist for their upcoming mini-album “DYE”.

Alongside the announcement, “Not By The Moon” the mini-album features five new tracks. Based on the titles of the first six tracks, fans have started to think that by putting the title of the songs together they seem to follow the plot of “Romeo & Juliet”.

According to the tracklist, the CD version of the mini-album will have 10 songs while the digital version will feature six tracks. On the CD version, AhGaSes will be able to (finally) have as officially released tracks “Ride”, “Gravity”, “God Has Returned + Mañana” and “JY&YG Dance”.

For the title track, “Not By The Moon”, J.Y. Park has taken part in the songwriting, composition, and arrangement of the track. 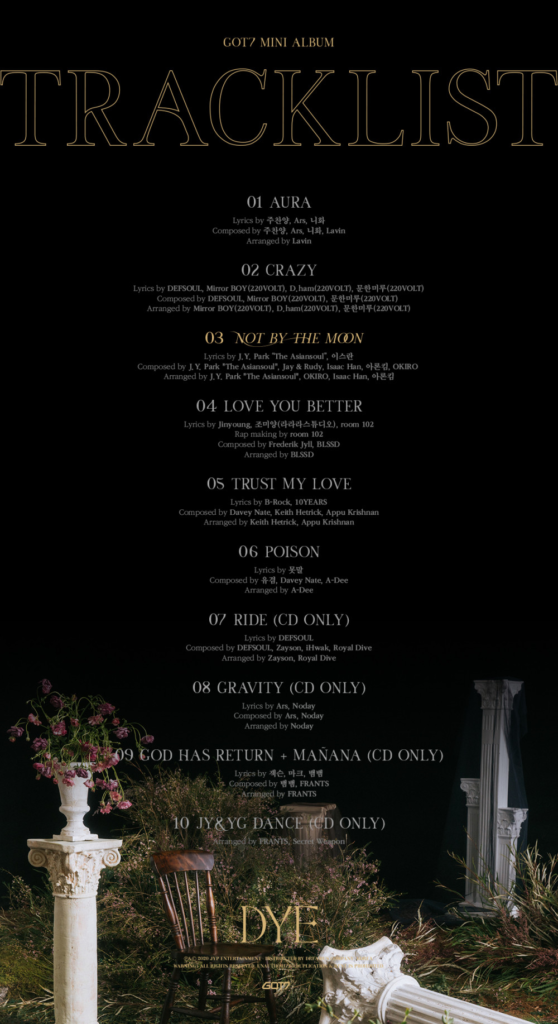 Aura: “Your figure when you dance, I will follow. Where is it going, your aura, I like the gaze you give when you look at me”
Crazy: “Please look at me so I can fill my eyes up with you” / “Only you by my side Only me by your side”
Not By The Moon: “All of me lives on you I will never let you go / Don’t let go of the hand you hold again There’s no meaning without you” “Dye me with you / Color you with me”
Love You Better “Knock knock on my window, tap tap One night’s love love serenade I need you in my life I want you for my whole life”
Trust My Love “Above the black sea There is only the two of us” “So that nothing can separate us We just have to overcome the obstacles”
Poison “Even if you say you’re poison I will kiss you like it’s fate, baby”

GOT7 have also started to announce the schedule for “EveryDATE” on Monday 13 April. AhGaSes will be able to have a date with one of the boys EVERY DAY on VLive. During the past days, the seven members have been teasing fans asking them what they would like to do on a date with them.

Mark kicked off EveryDATE on Monday 13 April at 1 PM KST on VLive for a lunch date. Yugyeom will be on Tuesday 14, at 2 PM KST. Make sure to turn on your notifications to not miss your dates! 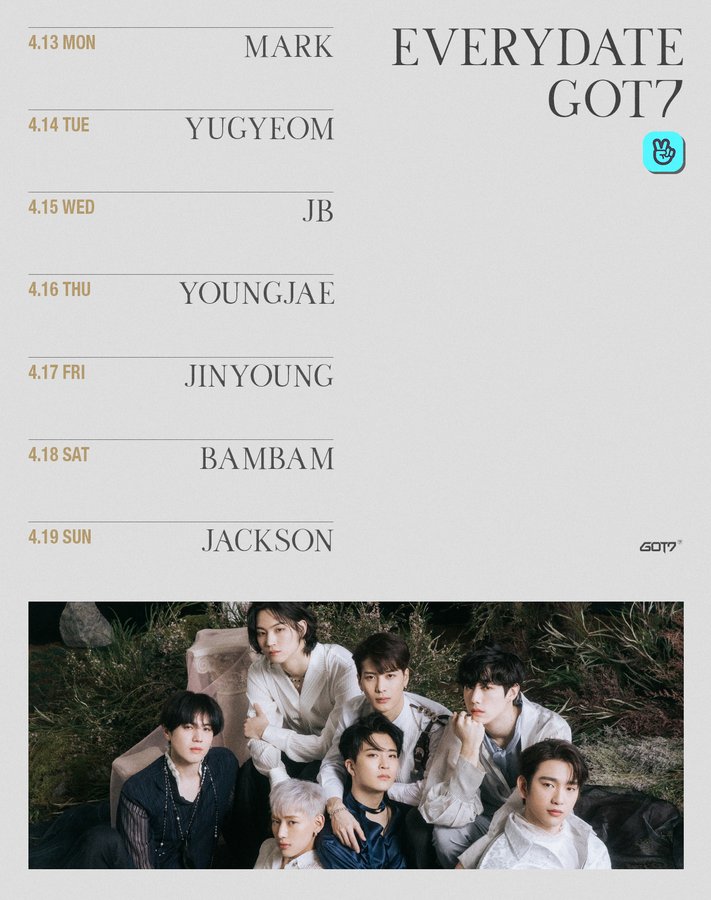 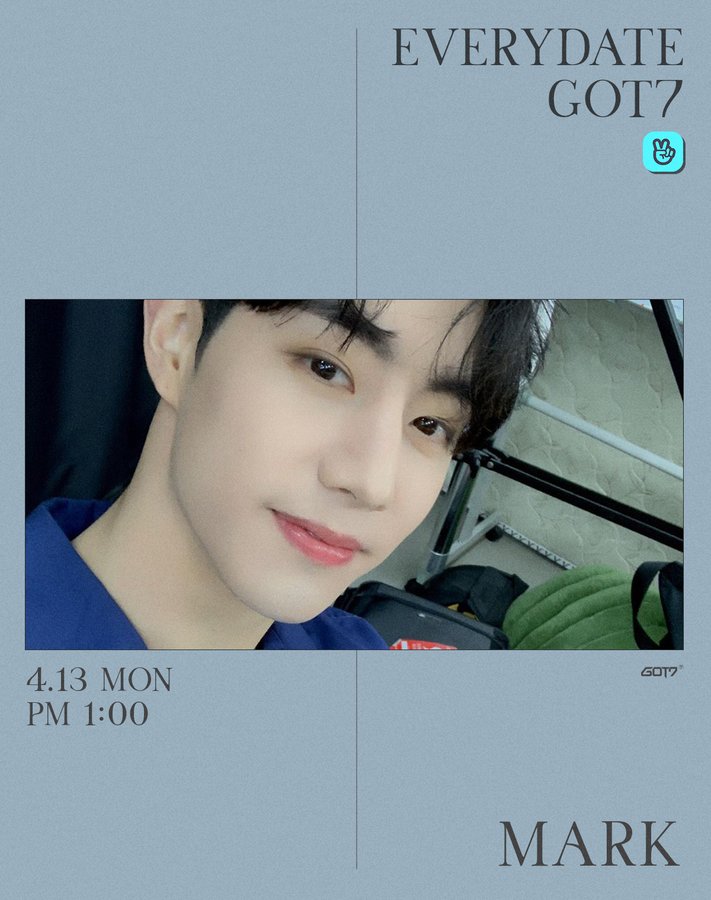