Renée Ahdieh on her new YA Vampire novel, The Beautiful

"Celine is the most like me of any character I’ve ever written, and it was cathartic and frightening to write a character like that."

Renée Ahdieh, New York Times bestseller and a beloved queen of YA fantasy is officially bringing Vampires back to the YA scene with The Beautiful, book one in her lavish 19th century New Orleans inspired fantasy series.

We had the opportunity to chat with Renée all about weaving magic into the past, Twilight and, of course, her enchantingly haunting new book, The Beautiful.

For those who may not be familiar with The Beautiful, how would you describe it in three words?

I’m going to cheat a little, but I hope it’s acceptable: Vampires in New Orleans!

How and when did the concept for The Beautiful emerge?

I’ve wanted to write this book since I was a teenager, when I first fell in love with Anne Rice’s Vampire Chronicles.

What inspired you to set The Beautiful in 1800s New Orleans?

New Orleans is a city unlike any other. The food, the music, the culture, and the people speak to me in so many ways. I’ve visited thirteen times, and each time I go, I come away with a new source of inspiration. As for the historical setting, I love taking readers to different worlds from the past.

Your description of 1800s New Orleans in The Beautiful is wonderfully rich and immersive; you must have done a lot of research into the setting? Were there any facts about that time period or New Orleans you came across that particularly struck you or inspired your writing?

1872 New Orleans is such a fascinating time and place. It’s a few years after the end of the Civil War, yet before the country codified our racism into law during Reconstruction. To me, it’s a blip in time that illustrates what might have happened if America as a country did not succumb to our hatred and fear. Louisiana had a mixed-raced governor for a short period of time. New Orleans had one of the only integrated police forces in the country. Truly it is sad to think what might have been.

There’s a fantastic underlying discussion of equality, especially in terms of race and gender, throughout The Beautiful. What was it like writing these values and beliefs into not only a historical setting, but one shrouded in magic?

I love discussing issues of equality from a historical lens. Often I think of it as a lesson in how we should not be repeating our past mistakes. And it’s not a stretch to imagine characters having these exact discussions. There were early suffragettes during this time period, as well as constant discussions surrounding the abolitionist movement. Magic to me only gives us more avenues to consider how the seemingly impossible could be possible.

With Twilight helping to put YA on the map, I’m sure the minds of many readers will jump to the franchise upon seeing YA and vampires in conjunction. Is this something you were wary of whilst writing?

I wasn’t wary of it because Twilight is such a wonderful springboard for discussion. To me, that’s what great books do—further an ongoing discussion. Everything I write is told through a different lens, and even if readers think they’ve read a vampire book, I know they haven’t read the one I’ve written, which will be different because my viewpoint of the world is unique unto me.

Despite being incredibly different (and equally wonderful) your first two duologies also have magical elements, what is it about writing in this genre you find so enticing?

I adore bringing new worlds to life, and really immersing myself in both the setting and the atmosphere. These are the kind of books I want to read, and I always consider writing for myself first and foremost, because I hope to fall in love with these stories. I think that is what makes a book wonderful when I can tell how much the author loved his or her or their work.

The Beautiful has such a wonderful cast of characters, all with equally intriguing and large personalities. Was there one character, in particular, you enjoyed writing the most or one who was trickier to bring to life?

I probably had the most fun and was most challenged by Celine. She is the most like me of any character I’ve ever written, and it was cathartic and frightening to write a character like that.

Thankfully, Celine’s story doesn’t end with The Beautiful. Can you give us a hint as to what readers might expect from book two?

Without any spoilers, I will say more blood, more intrigue, and definitely more kissing! 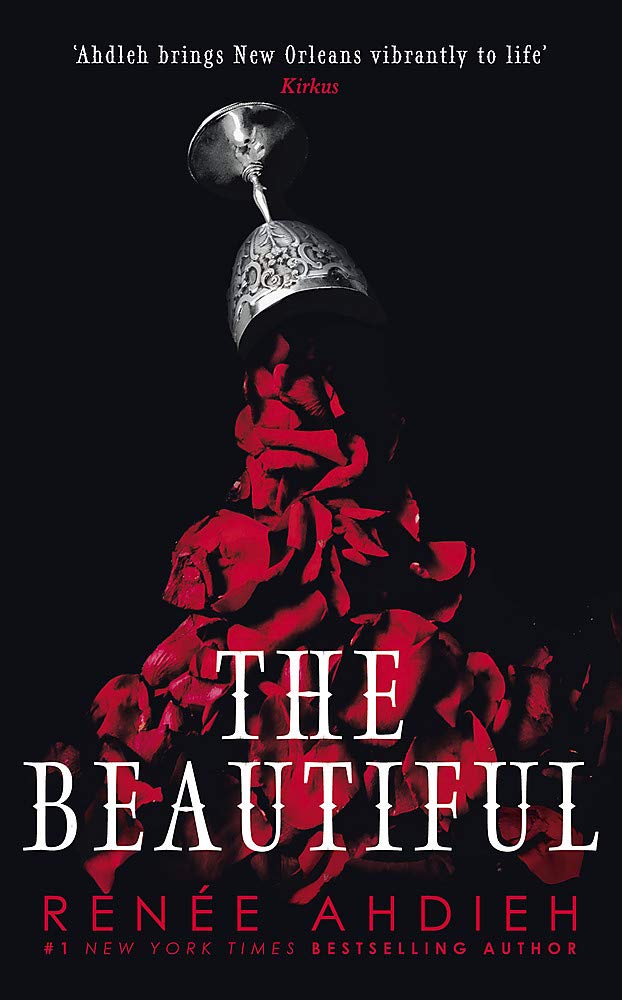 Get your copy The Beautiful by Renée Ahdieh today in the UK and US.

Jean Watts on her new single Evicted, upcoming EP, and love for Lizzo