Namina Forna on the inspirations behind her debut YA fantasy, The Gilded Ones

"There was no African fantasy out there. I had to figure out my world myself."

This post was kindly written by Namina Forna, author of The Gilded Ones

There once was a series of walls so long, they could circle the entire island of Great Britain seventeen times. They were the largest earthworks of the pre-mechanical age – perhaps even the largest archeological marvel in the world, and they were so famed that people came from all across the world to see them.

If you’re thinking the Great Wall of China, you would be wrong.

The walls I’m talking about are the walls of Benin, Nigeria. And I was just as shocked as you when my father told me about them as a child growing up in Sierra Leone, West Africa.

Actually, the real thing I felt was disbelief: if there were walls longer than the Great Wall of China in my backyard, why weren’t people talking about them the way they did all the other wonders of the world? Why wasn’t our family taking tours, oohing and ahhing at the architecture? This was just another of my father’s tall tales, I decided – like when he told me Mami Wata slept in the marsh behind our house or that the Tar Baby would come at night to guard the mango trees in our compound.

It would take well over a decade before I encountered the walls of Benin again.

I moved to America when I was nine, and from then on, I didn’t hear about the fantastical places in Africa my father used to tell me about. There were no more stories of the ruins of Great Zimbabwe, the castles in Gondar, Ethiopia, or the libraries of Timbuktu. Still, they remained close to my heart, and when I became a writer, they were the first places I wanted to incorporate into my stories.

My YA novel, The Gilded Ones, debuted in February 2021. It’s set in an African-inspired fantasy world called Otera and follows a young girl, Deka, who lives in a world where every sixteen-year-old girl must go through a ritual to determine if they’re pure or not. When Deka is proven impure, she’s told that she’s an alaki (pronounced a-la-key), a member of a group of girls who are considered demons because they bleed gold and are faster and stronger than regular people. Then actual demons invade, and the alaki are given a choice: fight or die.

The idea of The Gilded Ones came from a dream I had while I was doing my undergraduate studies at Spelman College, but I didn’t get started writing until a couple of years later. I had to do my research first. This was the early 2010’s, way before Black Panther and other works like it were even a thought. There was no African fantasy out there. I had to figure out my world myself.

I conceived of Otera, the world in my book, as a global empire, one that would stretch across three continents and imagine that West Africa – particularly Nigeria and Sierra Leone – conquered the globe instead of vice versa. I wanted to make sure that my world was diverse, but that in this diversity, everything had a noticeably West African flair.

In addition, I constructed Otera as a supremely patriarchal place. The Gilded Ones is a feminist fantasy, so, in the world of Otera, women are inferior to men and three steps behind them. They have to have male guardians accompanying them at all times, and wear African masks once they come of age to show that they have been proven pure by the Ritual of Purity.

Once I had the idea for Otera, I started reading everything I could about precolonial Africa, trying to understand what a world like that would look like. But one of the problems I quickly encountered was the problem of popular imagination. When every book, movie and TV show tells you that Africans are primitive, that they live in huts and walk around naked, you start to believe it too. Even I, an African born and raised, struggled to push back this narrative as I carried out my research.

Then I came across the Benin walls again. To my surprise, they were real, just like my father had claimed, and they were massive. Four times the size of the Great Wall of China, at one point. Even cooler, the city of Benin itself was just advanced. During the medieval ages, it had streetlights, orderly roads, and was organized using fractals, a form of mathematics contemporary European civilizations hadn’t yet discovered.

The more I read, the more perplexed I got: if a city as advanced as Benin had existed, why had it vanished from everyone’s collective memory?

Then I read on. And realized why I hadn’t heard of Benin or so many other African marvels.

In the late 1800s, the British invaded Benin. They burned down its walls, razed most of the city to the ground, and stole the Benin bronzes – some of the most important African artworks. It was the same with the other civilizations my father had tried to tell me about all those years ago. The libraries of Timbuktu had been looted. So had the ruins of Great Zimbabwe. Ditto those in the Sudan.

All of those great civilizations had either been destroyed or plundered, their histories so aggressively overwritten by European narratives, it was difficult to separate fact from fiction, to understand what was actual history and what was the story that plunderers had crafted.

When I set out to write a novel, I wanted to make sure that the world I was creating had at least some basis in reality. But during my research, I quickly realized just how the history of our own world had been rewritten or otherwise shifted to create a false narrative of Black inferiority. Despite all this, I persisted.

The Gilded Ones is out now and I’m grateful that I was able to write it, the book of my dreams. And while I hope that many other Black and marginalized writers will follow after me and craft their own worlds, I hope it won’t be anywhere as difficult. I hope that by writing The Gilded Ones, I would have made it that much easier for other writers to see Africa, and other non-European places as sources of splendour and magic, and craft their own. 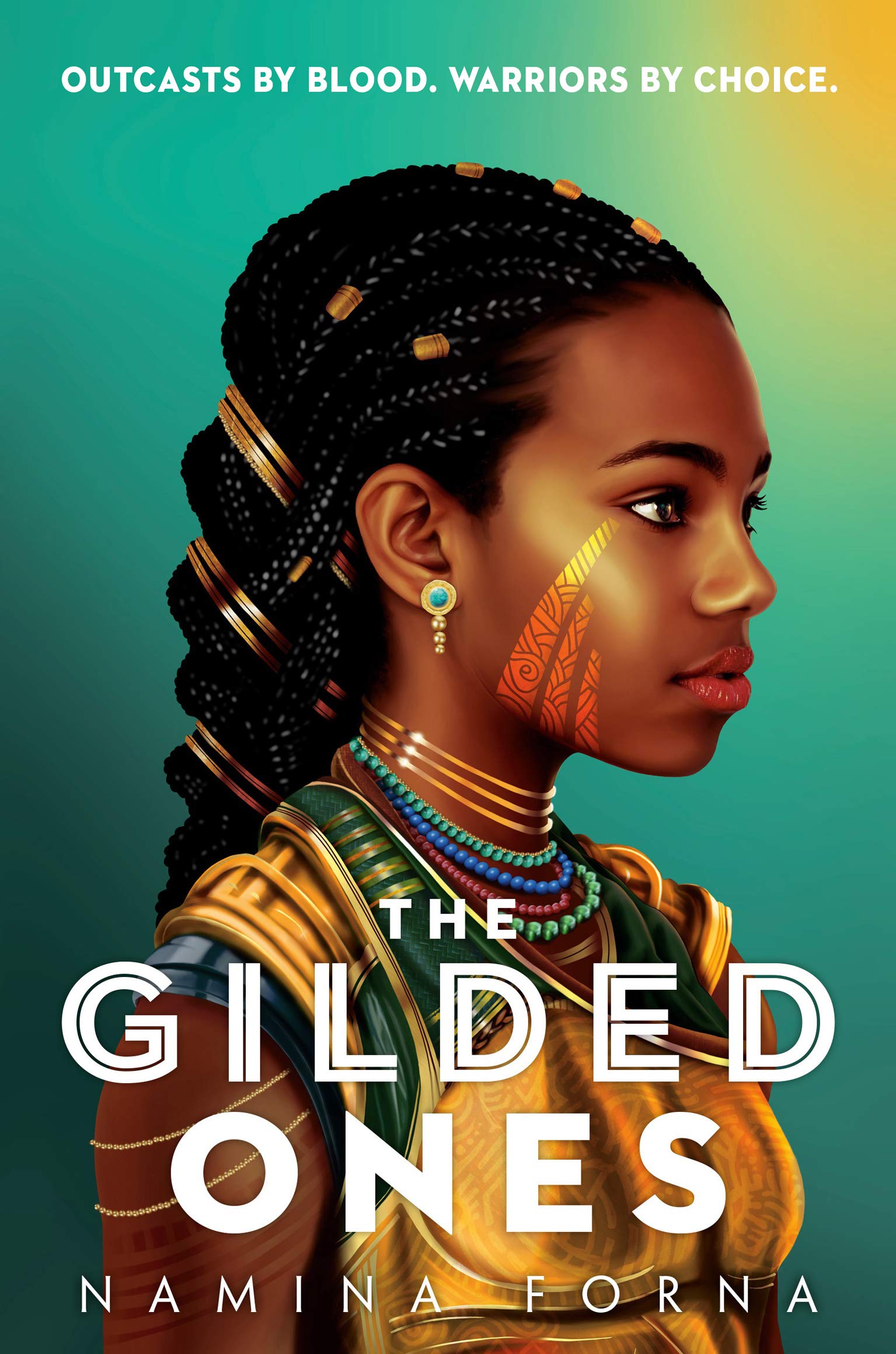 Get your copy of The Gilded Ones by Namina Forna here.