"As If on Cue is a celebration of the arts, and if it can empower students to trust and believe in their art, then I have more than done my job"

This post was written by Marisa Kanter, author of As If On Cue

It is my junior year of high school, I am sixteen years old, and I am in the director’s seat. I prefer being onstage, in a boisterous comedic role that is the opposite of my shy, socially anxious self. It is tech week—stress week—and everything goes wrong. The cast stumbles over lines they’d memorized weeks ago. I emphasize the importance of vocal projection, as we don’t have microphones and the acoustics in the cafeteria—yes, our stage is in the cafeteria!—leaves a lot to be desired. There is paint all over the stage because it does not occur to anyone to lay down a tarp. The idea of everything coming together by opening night feels optimistic at best and impossible at worst.

It came together. Because theater kids always make sure that the show goes on.
As If on Cue is my love letter to high school theater, based on my very real theater kid experience. After a series of circumstances left my small-but-mighty drama club advisor-less and without a fall play, we decided to take matters into our own hands—writing, casting, directing, and producing an original play. It was equal parts chaotic and rewarding, working collaboratively to create and execute something out of nothing. The stakes felt so high. Because they were high! The drama club was our safe space. We protected it with a fierceness and intensity that is super specific to theater kids, who understand that there is nothing like the found family that is forged in the time between the first table read and opening night.

There is a magic in theater, in the found family each show creates. I lovingly call the theater kids in As If on Cue my chaotic thespians. Their methods may be questionable at times, but their tenacity is unwavering. It is truly an ensemble act, and though this book is a romcom where the rivalry between co-directors takes center stage, nothing would come together without their supporting cast, without each character recognizing and valuing that they are part of a greater whole. I like to think that this isn’t just a love story in a romantic sense, but one that shows the various way in which art can be a great and fulfilling love in your life.

The events that unfold in As If on Cue are entirely fictional (real life wasn’t quite as dramatic!), but I wanted to write a book about teens who are as protective of their art as my friends and I were in high school. I wanted teens to see that their art matters, their safe spaces matter, and those spaces are worth fighting for. It is no secret that school arts budgets are often slashed first when there are cuts to make. As If on Cue is a celebration of the arts, and if it can empower students to trust and believe in their art, then I have more than done my job. 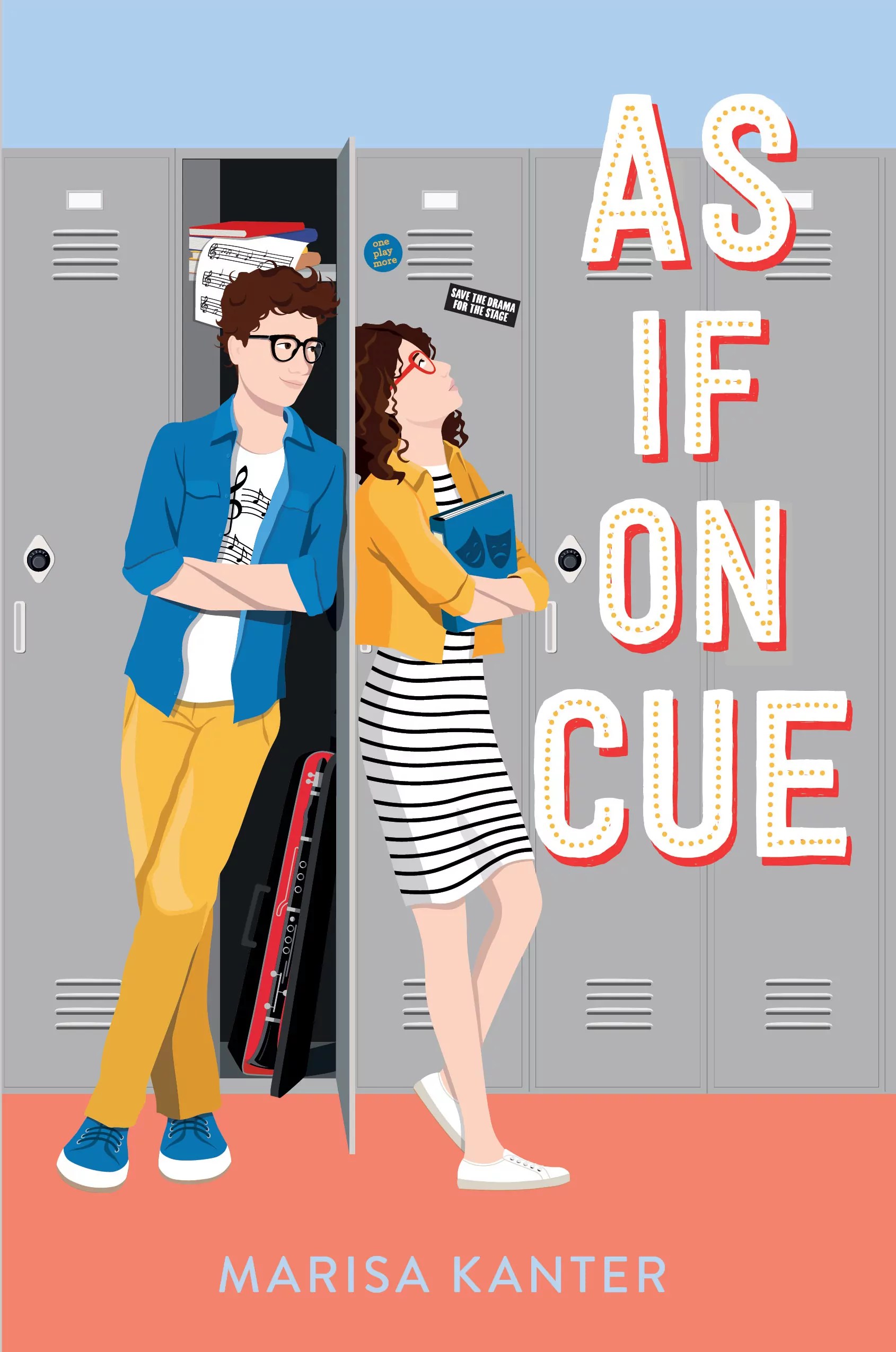 Get your copy of As If On Cue by Marisa Kanter here.