Love, loneliness, and living your truth: a review of Loveless by Alice Oseman

“It was all sinking in. I’d never had a crush on anyone. No boys, no girls, not a single person I had ever met. What did that mean?”

Georgia has never been in love, never kissed anyone, never even had a crush – but as a fanfic-obsessed romantic she’s sure she’ll find her person one day.

As she starts university with her best friends, Pip and Jason, in a whole new town far from home, Georgia’s ready to find romance, and with her outgoing roommate on her side and a place in the Shakespeare Society, her ‘teenage dream’ is in sight.

But when her romance plan wreaks havoc amongst her friends, Georgia ends up in her own comedy of errors, and she starts to question why love seems so easy for other people but not for her. With new terms thrown at her – asexual, aromantic – Georgia is more uncertain about her feelings than ever.

This wise, warm and witty story of identity and self-acceptance sees Alice Oseman on towering form as Georgia and her friends discover that true love isn’t limited to romance.

Loveless is the fourth novel from UK YA author Alice Oseman, published on 9th July 2020. A groundbreaking release, this is (as far as I’m aware!) the first YA novel from a major publisher with an explicitly aromantic-asexual (aro-ace) protagonist. Whilst there have been increasingly more novels that address asexuality, and to a lesser degree aromanticism, in the last few years, I have never seen one that delves so deeply and personally into both identities. Loveless is truly a rollercoaster of emotions, but one that is ultimately joyful, uplifting, and life-affirming.

I was very excited to read Loveless from the moment it was announced. Not only because I’ve been a fan of Oseman’s work for a few years now, but because it hit several of my buzzwords (and no, I don’t mean sharing the same name as the protagonist, although I’ll admit this was also a little exciting). Shakespeare, comedy of errors, LGBT characters, university setting, frenemies to lovers sider romance, close knit friendship group — safe to say, I was hyped. And it absolutely delivered in all of these areas.

One of my favourite aspects of the novel, and something Oseman does so well, is the relationships. Pip, Jason, and Rooney are all best friends to Georgia in different ways, and each relationship has it’s own interesting and emotional arc. Pip and Rooney’s relationship will be a highlight for many readers; a true homage to Beatrice and Benedict from Much Ado About Nothing. Georgia’s friendship with Sunil verges on a mentorship which is so important to see, and provides some really important  moments. And a personal favourite relationship moment of mine was a scene that Georgia shares with one of her cousins — but no spoilers!

The novel is also littered with literary and media references. From Shakespeare to Moulin Rouge!, Scooby Doo to fan fiction; various works are intrinsic to the story and its characters. Romeo and Juliet is particularly important, appearing on several occasions to confront Georgia and her feelings. It highlights an important part of her journey: the realisation that just because she loves reading and watching romances, does not necessarily mean that she wants one for herself.

Now, lets talk more about the exploration of Georgia’s aro-ace identity. It’s so apparent that this was done with love and care, delving deep into Georgia’s feelings, insecurities, and journey to coming out; both to others and herself. The personal touches of Oseman’s own experiences are clear, but the portrayal never feels like an attempt to be all-encompassing of everyone who shares the identity. The internal (and occasionally external) ace and aro-phobia that Georgia experiences across the novel can sometimes be overwhelming. The little comments that other characters make, mostly without any idea or intent to cause harm, build up, and only add to thoughts that Georgia is having herself. However, the novel never allows Georgia to give into these for too long, and ultimately dismisses all of them. Many of the characters who aren’t immediately accepting do so out of ignorance, and once educated are nothing but supportive.

Not only does Loveless offer us this deep dive into Georgia’s identity, but it also has explicit lesbian, gay, pansexual, and non-binary representation on page — as well as other asexual and aromantic characters. It has characters who are happy and established in their identities from the beginning of the book, as well those that are still working through this. The university’s LGBT society acts as a representation of the wider LGBT community, however it isn’t presented without highlighting the issues and internal rifts. Sunil, President of the society, symbolises a wholly inclusive and open side of the community; whereas Lloyd, their predecessor, presents a more selective and gatekeeping side of the community. It proves to Georgia that whilst there may be obstacles or people who don’t support her, there are also many others that feel the same way that she does, and that she does have a place in society where she can fit in.

Ultimately, Loveless is a novel that highlights the importance of all types of love, of self-acceptance, and being true to yourself. A must-read for YA readers. Also a must-read for Oseman fans, fans of LGBT fiction, those searching for aro-ace representation, those who enjoy fun campus novels, and those who love modern twists on Shakespeare. 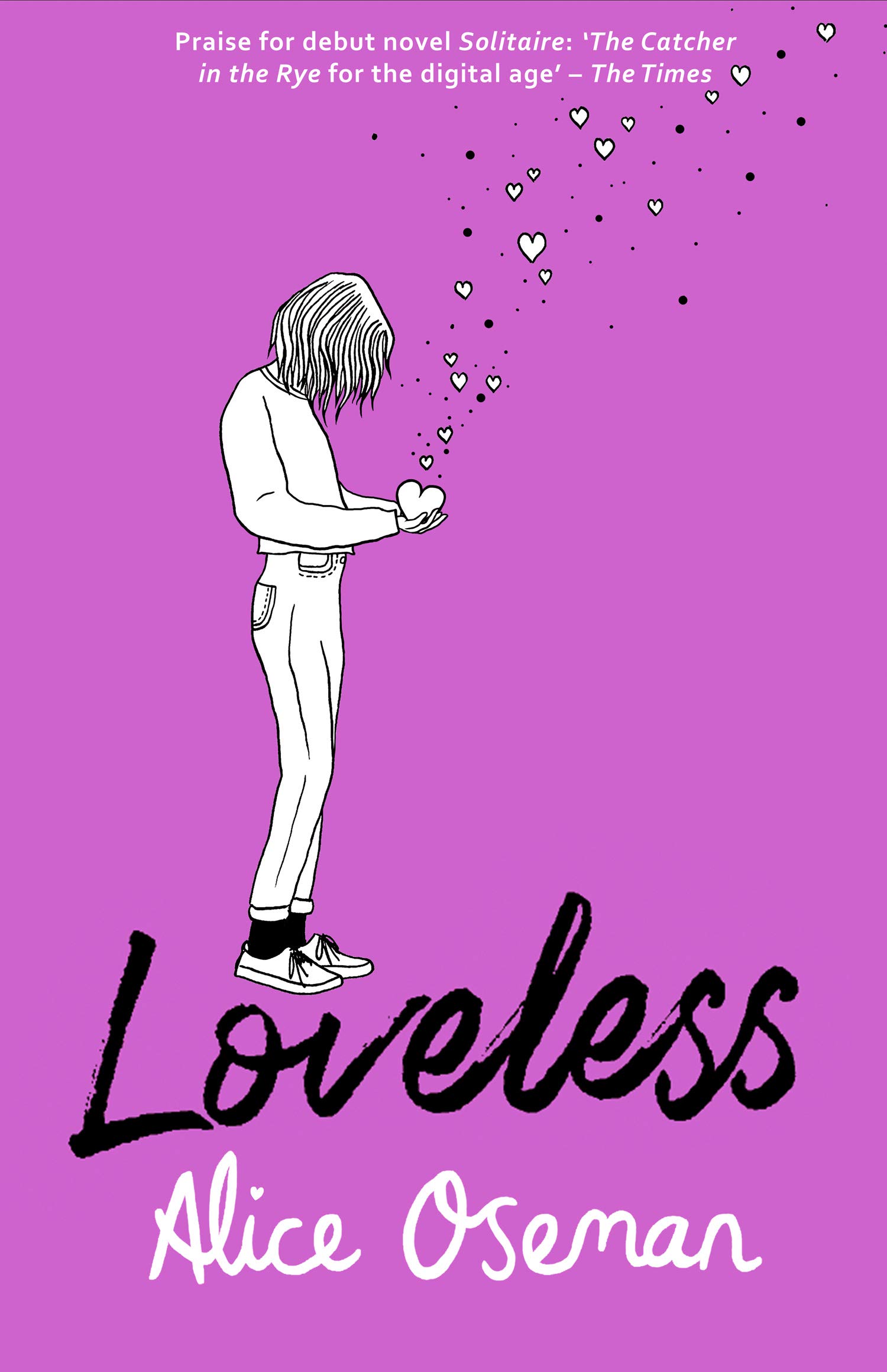