Jesse Sutanto on her page-turning new YA thriller, The Obsession

"One of the tropes I absolutely HATE is the murder of women and girls as a plot device."

“Boy meets Girl. Boy stalks Girl. Girl gets revenge.” With a tagline like this, there was no doubt that The Obsession, the gripping YA debut by Jesse Sutanto, was going to be, well… our newest obsession. With some major Netflix’s ‘You‘ vibes and an excellent exploration into domestic abuse and toxic relationships, The Obsession is a fast paced, eerie and addictive read perfect for thriller fans old and new.  We’re honoured to have had the chance to chat to Jesse all about her brilliant new novel, debuting two books in one year and how to write the perfect thriller.

Congratulations on the release of your fantastic debut YA thriller, The Obsession, I literally couldn’t put it down! How does it feel knowing readers across the world are finally going to be able to read your book?

Thank you so much! It feels UNREAL. I still can’t believe it! It hasn’t sunk in yet, probably because I haven’t been able to see it in bookstores. I hope I’ll be able to soon…though I’ll probably end up crying when that happens.

What three words would you use to describe the book to entice an intrigued reader to pick up a copy?

What was your biggest inspiration behind The Obsession?

Unfortunately, that would be my own experience with a guy who didn’t respect boundaries. I was a teen when it happened, and the man was 28 years old, and though I was luckily unharmed, the experience was so stressful and scary. I was very frustrated and felt so helpless about how to make him stop appearing and following me (outside of the library, near the parking structure at school etc) and I kept fantasizing ways to escape him.

Both Logan and Delilah’s perspectives are impossibly addictive but so unique. Did you find switching between the two voices difficult whilst writing?

I love switching back and forth between two voices because it keeps the writing experience fresh!

I think it’s safe to say that Logan’s voice and character is beyond creepy. What was it like having to get into a mind like his?

Um, surprisingly easy! Hahaha! I can’t quite explain it, I find Logan so disturbing, but at the same time so easy to write. Heh heh.

Do you have any advice for aspiring authors wanting to write a YA thriller?

My number one advice would be to read a lot of thrillers, whether they’re YA or adult. I learned so much from other writers. My second piece of advice would be to befriend people who are experts at anything that has to do with killing, lol! One of my closest friends is a forensics expert, so I’m always going to her for advice on how to get away with murder. Another friend of mine is a clinical psychologist, so I’m always asking her for advice on how people might react in unique circumstances, or how people might deal with trauma and so on. And lastly, don’t be afraid to act out your murder scenes! My husband is so great because he’s always happy to play my victims, mwahaha! I literally have asked him to lie down on the floor to play a dead body so I could try to move it and see if an average female would be able to move an average male corpse. (The answer is no. I had to settle with rolling him.)

You also have an adult rom-com/murder mystery coming out this spring. What’s it like debuting with not one but two books in the same year?

So far it’s been really great! Not at all overwhelming as many have warned me. Both my publishers have been so great about coordinating schedules so that nothing clashes, and it’s just been an AMAZING experience. 10/10, would recommend.

I love that, despite one being an adult rom-com and the other being a YA thriller, both of your books contain a murder but under such different circumstances! What is it about this plot point you found so enticing to write?

What can I say? Murder is like an automatic plot catalyst, right? And you know what? One of the tropes I absolutely HATE is the murder of women and girls as a plot device. So I thought…hmm, maybe I can subvert that and use it on male characters, and it resulted in plots that are so complex and have so many layers.

The ending ofThe Obsession was SO GREAT! Did you always know how it was gong to end or did it evolve as you wrote?

Oh, I definitely knew that I wanted The Obsession to end in a certain way. I won’t give away too much, but I knew I didn’t want it to have a *traditional* ending. *evil grin*

The Obsession is undoubtably going to have readers craving more (how could it not?!) from the world of Draycott Academy. Can you give us any hints as to what we can expect from book two?

Ahh! Book two will also be set in Draycott Academy, because gosh I love my twisted private school. But book 2 is a prequel with different characters, so I hope that doesn’t disappoint too many people! 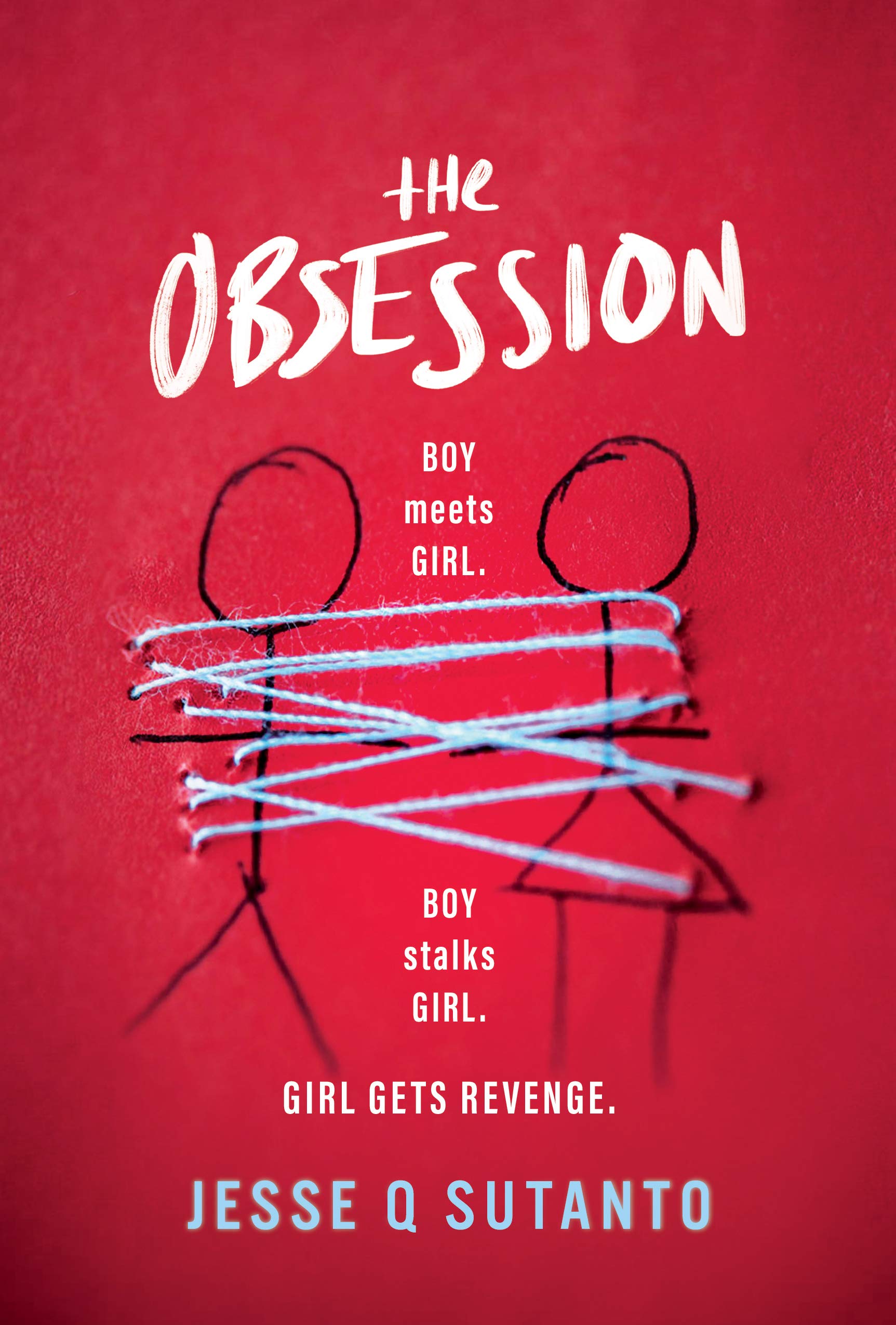 Get your copy of The Obsession by Jesse Sutanto here