This guest post was written by Catherine Barter, author of We Played With Fire.

The story of the Fox sisters begins in 1848, in a remote farmhouse in western New York State. A bitter, brutal winter and strange rapping sounds heard from within the walls. John Fox’s two youngest daughters, Maggie and Kate Fox, eleven and fourteen, try communicating with the presence that seems to be haunting their home – and succeed. They call out questions and receive answers in the form of raps (one for yes, two for no), and learn that they are speaking with the spirit of a peddler who was murdered and buried in their cellar. Astonished neighbours come to witness this spiritual communication for themselves, and leave the house convinced that they have seen the supernatural at work.

The Fox sisters went on to perform their spirit-talking across the country, performing séances in hotels and city halls, before enthralled – if sometimes disbelieving – audiences. They set off a craze for spiritual communication, a movement that eventually came to be known as Spiritualism. For some it was entertainment, a game to be played with guests; others found it gave them comfort following bereavement; and for others it was an expression and affirmation of their religious faith – proof that the soul lived on beyond death.

And many, inevitably, were convinced that it was nothing but trickery – that the Fox Sisters practised fraud upon the vulnerable and the gullible, in pursuit of wealth and fame. And after nearly forty years as a professional medium and a figurehead of Spiritualism, Maggie Fox herself publicly declared that all their spirit-talking had been faked. They had been cracking the bones in their feet as their most reliable way of faking mysterious raps at the séance table.

I’ve come across mentions of the Fox Sisters quite often over the years, and each mention is always quickly followed by reference to their status as famous frauds. But their story intrigued me, particularly when I thought about how young Kate and Maggie were when their careers began. How had these two girls convinced so many people that they were able to talk to the dead, and inspired all those others to try it themselves?

It seemed like a perfect subject for YA fiction, a story full of mystery, tension and the disruptive, rebellious power of youth. I started to write We Played With Fire, a story about the first months of their journey in to Spiritualism, as seen from Maggie’s perspective. But I had to ask myself: is this a story about a prank played by two bored girls on their parents that turned in to a lifelong cynical deception on the public? Or was there more to the Fox Sisters’ story than lies?

Fortunately, fiction gives us a space to ask questions that the history books can’t. In We Played With Fire, Maggie believes she’s had a violent encounter with the supernatural, but nobody wants to hear about it: they think she’s sick, delusional, or just a liar. Desperate to be listened to, she starts playing games to try and scare her parents and shake them from their certainty—but it soon appears that she’s not the only one trying to be heard. Her games spiral out of control and she and her sister find themselves the centre of public attention, caught up in a messy tangle of truth and lies, fame and fakery.

We Played With Fire is a ghost story, but an untidy one, where real hauntings are distorted by trickery. I wanted to write a story that escaped the binary historical view of the Fox Sisters – that they were either gifted mediums, or they were frauds. What if they were both? If we believe that they sometimes lied, does that mean that they always did?

I was drawn to the story of the Fox sisters for another reason. The real history of the Spiritualist movement, which Maggie and Kate Fox began, is fascinating. Many dismissed it from the beginning as a foolish parlor game, but a closer look reveals a more complicated story.

Taken as a religious movement, its central idea is not so different to that of any other religion – that there is such a thing as a soul, and that it lives on after death. For many nineteenth century Spiritualists, the practice worked in tandem with their Christian faith. But this was a religious movement that did not require a minister or a church – it could be practised in the home, by anybody, whenever they chose. It offered ordinary people direct access to the divine. It was often female-led. It was democratic, decentralised, and non-hierarchical, and was less concerned with sin and punishment than with hope and consolation.

This may have been why it proved popular with radical activists at the time. Many Spiritualists were also abolitionists and feminists, directly involved in the struggle to end slavery and advance the rights of women. Two early proponents of Spiritualism were Amy and Isaac Post, radical Quakers and close friends of the Fox family, who saw their religion and their politics as closely intertwined. In the deeply patriarchal and racist culture of nineteenth century America, Spiritualism represented a kind of breaking-free from oppressive social norms. It had a lively, punky, DIY spirit. Certainly for some it was pure entertainment (and what’s wrong with that?) – but for others it was a radical place where faith and activism coincided.

The Fox Sisters could not have foreseen this outcome when they first called out to the murdered peddler in the cellar, but perhaps, as young, rebellious girls, they sensed the disruptive power of what they were doing – defying expectations of how women should behave, and challenging traditional voices of religious authority: listening carefully for the raps in the walls, and for the voices that had previously gone unheard. 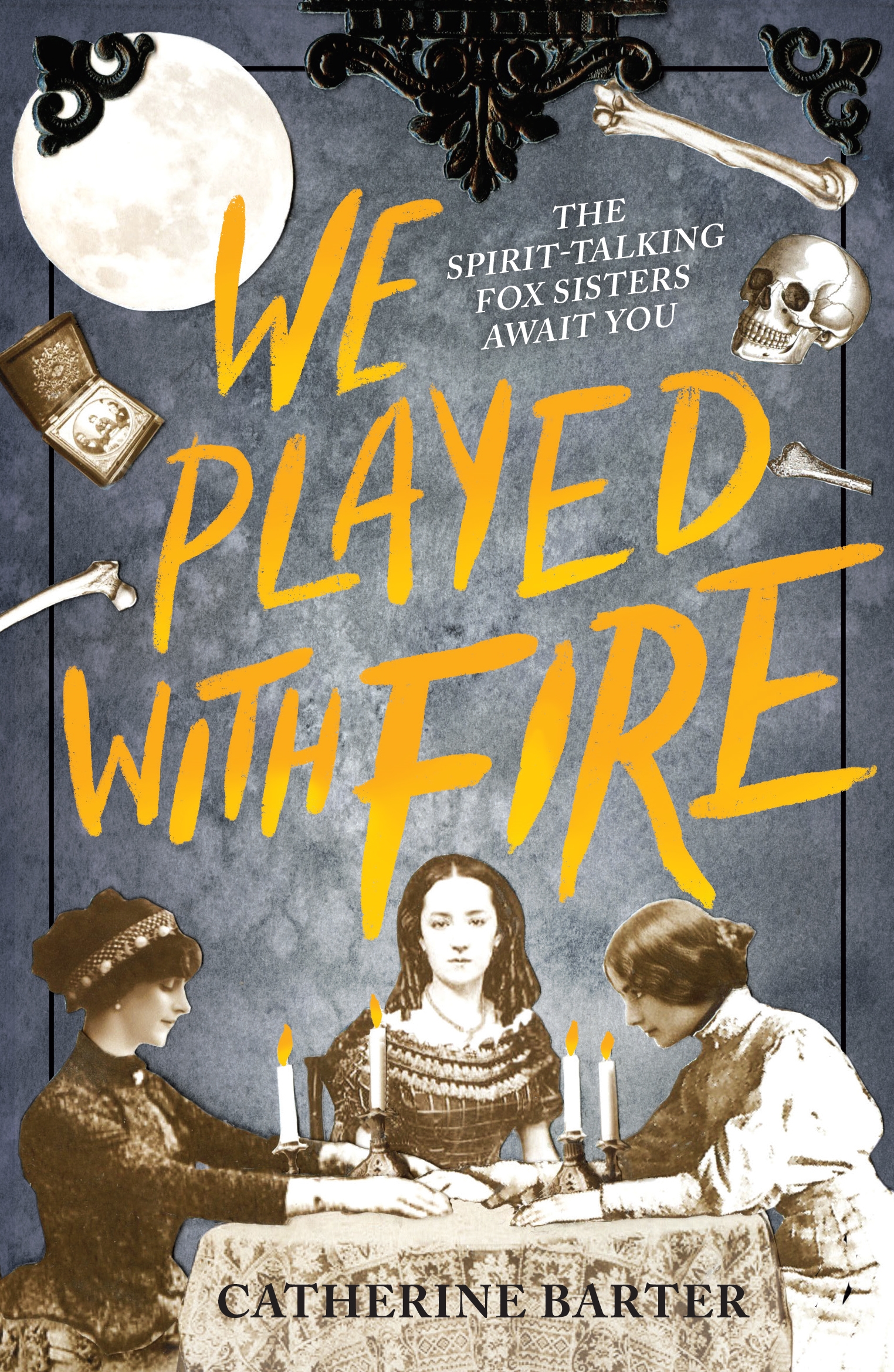 Get your copy of We Played With Fire by Catherine Barter here.