NCT are getting ready to come back with a ‘new’ project and a new album next month. The new project called NCT 2020 is bringing together members from the other “NCT” brand – NCT 127, NCT Dream, WayV. The boy band shows a massive lineup of 23 members, with two new additions, Shotaro and Sungchan.

NCT 2020 are inviting fans to their “YearParty” with the release of a new sleek teaser showing off all the 23 members.

On September 21, NCT’s official Twitter account started to kick off the teaser campaign for the project with a video titled “Interlude: Resonance”. The teaser is a montage of several past releases from the NCT units combined into an epic showreel. The same teaser also shows the logo for NCT 2020.

NCT, or Neo Culture Technology, is SM’s international idol group project that emphasizes expandability, flexibility and modularity in lineup and music. With “Resonance”, the group is taking the message of connecting with others through music and creating synergy and impact.

The teaser for “Make A Wish” will drop on October 10, while further album details will be released on October 2. Check the timeline below 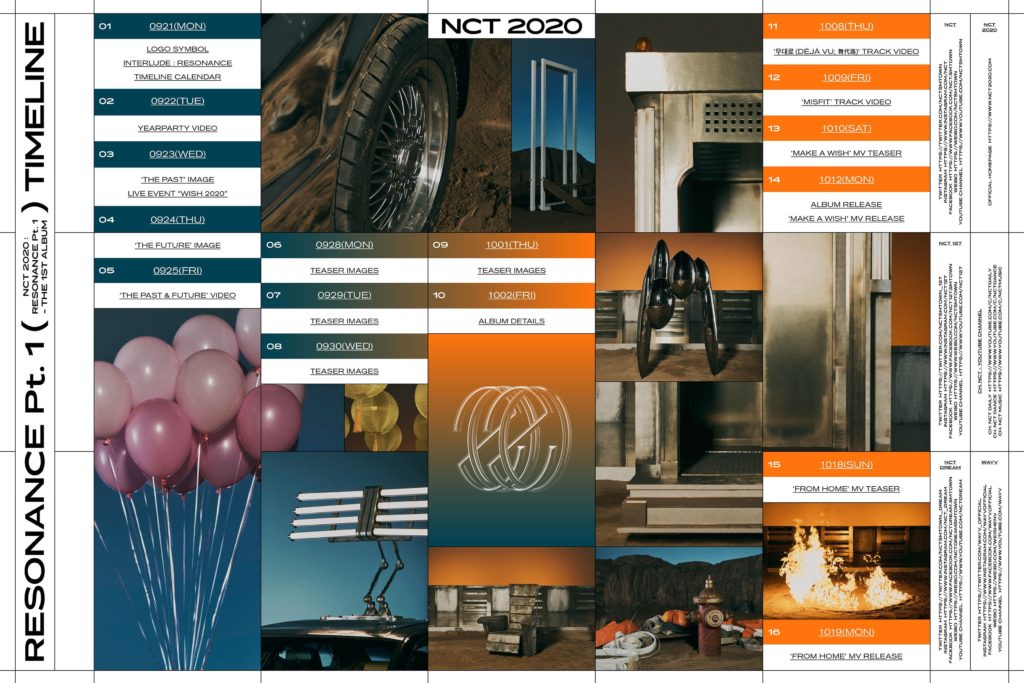