Joe P opens up about his use of the horror genre, how his music has evolved between albums, and the experience of playing live.

All photos ©Szonia Nemes, used with permission by United By Pop. 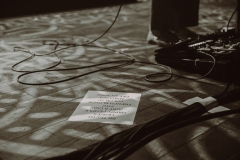 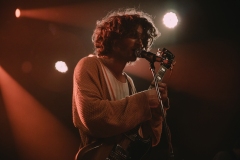 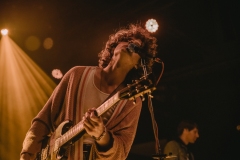 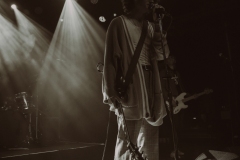 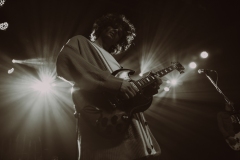 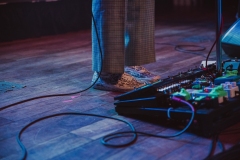 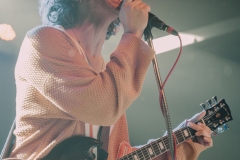 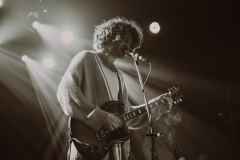 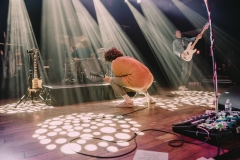 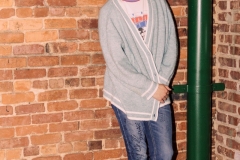 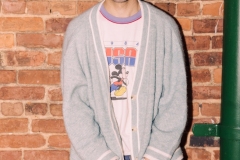 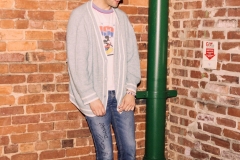 What inspired your short film “If We Run,” and why did you decide to go with the horror genre?

Tony (Anthony Yebra, the director) who is sitting right over here, is very deep into horror, and it kind of just worked out. Horror is one of the only genres where I think you could pull off just incorporating random music in it. Everything else, I don’t know… wouldn’t fit, you know? But horror blends itself; could do a nice song, or a crazy scary heavy song, or whatever. It was kind of coincidental that Tony was so into horror, that it was his style. I also just thought that is what would work best. If it was a rom-com it would be kind of weird if I were just singing randomly.

Were there any challenges putting together French Blonde?

How do you think you have grown as a musician between releasing Emily Can’t Sing and French Blonde?

I think that recording-wise I am closer to what I want to sound like. There is more energy in the recording; I’m singing the way I kind of want to be heard on the record. Sometimes when you record you think you want to keep everything extremely simple so that it’s digestible. But this felt more like I’m just going to sing whatever makes sense and feels good how I would at a live show. That’s the biggest thing, the songs sound closer to how I think a live show would feel. To me…everything should be towards that.

Which song are you most excited to play live and why?

“French Blonde”! I love playing that one because it’s freaky. When we play the first few songs and it’s nice and there’s guitar and I’m singing and then all of a sudden there is this weird scary bass-bending thing and all these weird synths. I just kind of like it because it wakes everyone up. I love watching everyone in the crowd, it polarizes the audience. People are like this is crazy, either way, if they hate it or love it people watch! That’s all I want; I would like it if people hated me as long as they are watching what I am doing. That’s the whole point of art you know!

What has been the most rewarding part of the tour?

People coming to see me! It’s never been so many, or so apparent that, “Oh, hey, we came for you!” It’s the first time I’ve ever had to deal with, “I drove six hours from Florida,” and I’m like, “Thank you, I don’t know what to do, this is so strange, I can’t believe anyone would do that for me.” It’s a little weird in that sense, but it’s also so cool. The acoustic record store performances are so cool! You came to this little record store? This is crazy! I am getting used to those, it’s a very new thing. Playing for 20 people that are just sitting there like we are in my bedroom. That’s why I closed my eyes the whole time. Just people knowing the songs or me or anything like that that has been the new thing.

How do you decide which Deal Casino songs to bring back and are there any others you are thinking of giving a new life to?

The ones so far are the ones I did completely alone in my room before bringing to the band at all. So, the next ones are a little trickier because it’s more of a conversation of, “Hey, is it cool if I do this?” It’s a little less of my song and a little more of the whole band’s song. I’m not sure what will be next, there’s a whole bunch and I have them half-done in a way that I’ve always wanted to hear. We will see, they just kind of pop out and present themselves. It’s weird having songs that are done that you don’t have to work on in the sense of what is that lyric going to be. Every once in a while, I will change the lyrics but for the most part, everything is the same, it’s just like going to feel a different way. They are just sitting there ready to go it’s just more of, “When do they feel right?” So, we will see!