Get to know Monsta X

Thanks to catchy tracks like “Shine Forever” “Dramarama” and “Jealousy”, collaborations with international artists like Steve Aoki and French Montana, this K-Pop boy group have already amassed a huge following all across the world. We think it’s time to get to know more about your next bias wrecker.

Monsta X (몬스타엑스) was formed as the result of a survival show called “No.Mercy”, by Starship Entertainment and Mnet in December 2014. The group’s name, “Monsta X”, contains the double meaning of “Monsters conquering the K-pop scene” and “My star” (Mon as “My” in French). The X symbolises an unknown existence.

Monsta X made their debut as a seven-piece on May 14, 2015 with the EP “Trespass”. Shownu, Minhyuk, Kihyun, Hyungwon, Joohoney, I.M and Wonho immediately showed a unique character with the edgy leading track “Trespass”.

For the EP “Trespass”, Monsta X showed that the group is not just the result of another survival show by taking part in the EP production. Rapper Jooheon was the most involved in the album production, composing several tracks, including “One Love” “Steal Your Heart” and “Blue Moon”. Rapper I.M was also involved in the rap making of several songs. Kihyun and Wonho also contributed song lyrics for the album.

On September 1 of the same year, Monsta X made a comeback with their second EP “Rush”. The title track “Rush” represents the signature style of Monsta X. For this EP, they collaborated with renowned rappers and producers like Giriboy, Mad Clown, Crybaby and Rhymer.

Since 2016, Monsta X were more than ready to start conquering the world. Their third EP, “The Clan Pt. 1 Lost” (released on May 18, 2016) debuted #5 on Billboard’s World Albums Chart and stayed there for two consecutive weeks.

The EP is part of a large-scale project called “The Clan”, composed of two and a half parts: “The Clan Pt. 2 Guilty” (released on October 4, 2016) while in March 2017 Monsta X released their first studio album and the final part of “The Clan” series titled “The Clan Pt. 2.5: The Final Chapter” with the title track “Beautiful”. The album debuted #1 on Billboard’s World Albums Chart. The title track “Beautiful” debuted #4 on Billboard’s World Digital Song Sales Chart.

A repackaged version of “The Clan Pt. 2.5: The Final Chapter” called “Shine Forever“, featuring new songs “Shine Forever” and “Gravity”. With songs “All In”, “Fighter”, “Beautiful” and “Shine Forever”, Monsta X confirmed they are a group with power, intensity and an endless well of talent. Striking listeners with their distinct colour and musical signature.

Packed with themes of “light and darkness, good and evil, life and death, and everything on the border”, Monsta X deliver solid tracks, experimenting with new sounds all while maintaining their natural flavour.

The third studio album “Take.2 We Are Here” along its lead single “Alligator” arrived on February 2019. With this release, Monsta X compiled precious gems from their past and shared new and improved tracks to their precious listeners, further developing their music while maintaining their signature vibe. We can surely say that this comeback was a success.

Their consistent development in music and the desire of international expansion brought Monsta X to release new English songs during 2019: “Who Do U Love?” featuring French Montana, “Love U”, a remix version of “Who Do U Love?” by will.i.am. and “Middle Of The Night”.

The end of 2019 saw Monsta X in a turmoil of events. From releasing their seventh EP “Follow: Find You” – with the lead singles “Find You” and “Follow”, to sadly saying goodbye to one of the members, Wonho. On October 31, Starship Entertainment released a statement announcing that Wonho would be departing following allegations. Fans have since shown their support for both Wonho and the group, expressing their disapproval and requesting Starship that he be reinstated back into the group.

As today, Monsta X are:

Minhyuk (민혁), vocalist, visual, face of the group. He’s the mood-maker of the group, lightening up the atmosphere with his jokes and funny personality.

I.M (아이엠), lead rapper, vocalist, maknae. He writes a lot of the songs lyrics with Joohoney. 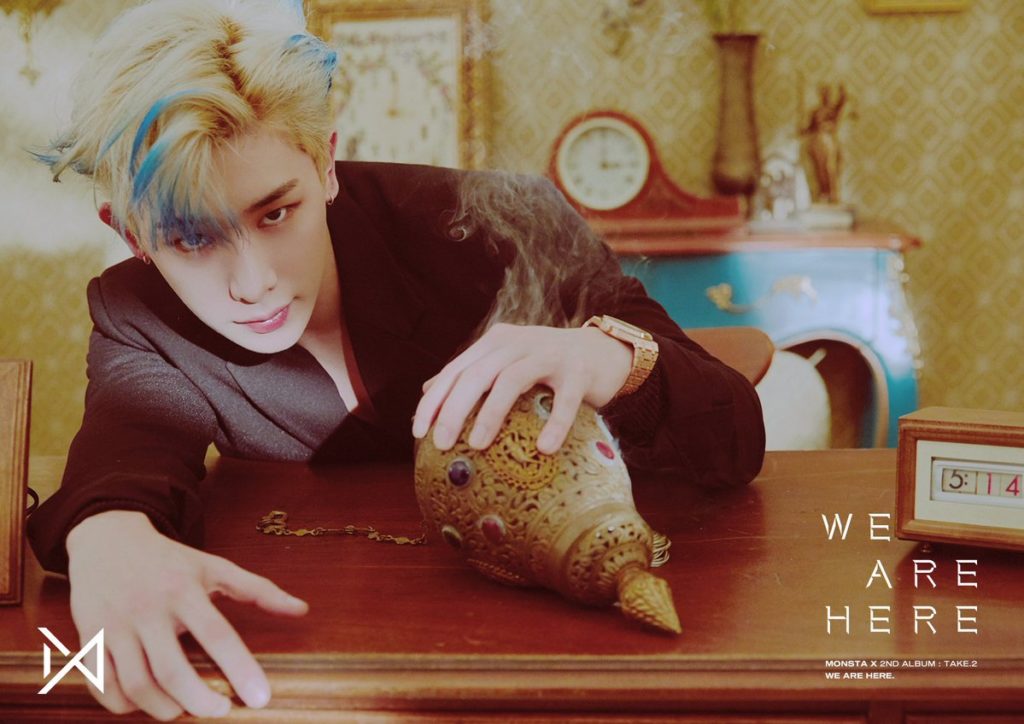 With talent, charms, good looks and even better dancing skills, who knows what they hold for us in the future?

EXO, GOT7 and achieve platinum Certifications from Gaon Chart