We sit down with frontman Nathaniel Banks to ask a few questions.

Arlie, an indie-pop band from Nashville, TN, just kicked off their headline tour following the release of their debut album, BREAK THE CURSE. We had a chance to sit down with frontman Nathaniel Banks to ask a few questions.

How have you changed as a band since your first release?

It’s ironic, because the first release was really created more as a solo project, and then presented more as a band. The second album was created more collaboratively, but I’ve also come to kinda embrace the role as the center and driving force of Arlie and its presentation. I still view Arlie as a hybrid model between what it is being an artist and what it is being a band. The live band is an integral part of the vision from day one. I still compose and arrange particular parts in a way that is pretty intentional all the way through.

I’ve also gotten a lot more collaborative on the songs on this new record, Break the Curse. I got to work with a lot of people around Nashville, and two of my friends that have played in my band and sometimes play in my band, Adam and Ryan. They worked with me for like the first eight months of the pandemic to really complete the production on this record. In that sense, it was much more of a group effort than the first project. Also me and my friends and all my band members have just gone through a bunch and evolved as humans, as one does.

What were some challenges you faced during the creation of this album?

Many challenges. First had to deal with the challenge of being on a record label that has expectations of a certain type of songwriting. I started to get really down on myself feeling like what I was writing wasn’t good enough when it didn’t get the industry folks excited initially. I also had to face the challenge of really losing my connection to other people and reality in the process of making this record back when I was first working on it in 2019. Taking a mental health year to recover and ground myself, go to therapy, work on my relationships and everything.

Then in tandem with that, working on my relationship with my collaborators, Adam and Ryan and figuring out how to really work together as a unit on a project, which was really good for all of us to learn how to do. Obviously, not being able to play shows at first. It felt like before the pandemic it was way too little time to finish the record, turns out there is such a thing as too much time to finish the record. We started to overthink every single aspect of the production, and the mixing, which we did ourselves for the most part with the exception of three tracks. So just infinite ways to doubt your own perception of reality at that point. But, we got through it and all felt great about it at the end of the day!

Now that the record is out, which song is jumping out at you as your favorite? Did any song surprise you?

So my favorites change from day to day, but I think “don’t move” is my favorite right now. I forgot about it the most and then was listening to my own album and was like, “Oh, yeah, that one was really fresh,” but that will prob change tomorrow.

Which song are you most excited to play live?

I’m most excited to play “titanic.”

What on this upcoming tour are you looking forward to the most?

Hanging out with my friends, bonding, yeah. We’re excited. 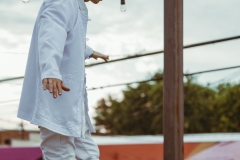 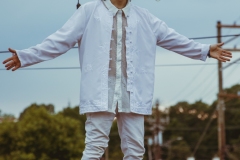 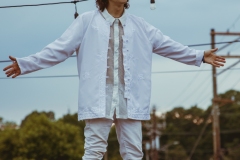 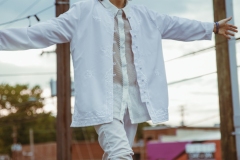 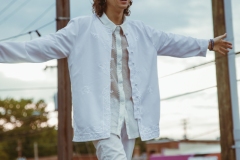 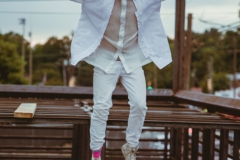 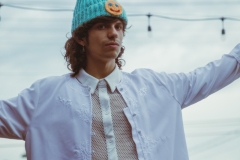 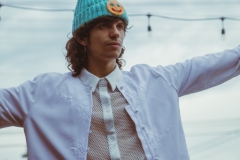 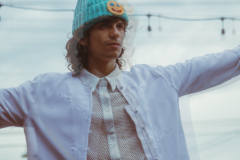 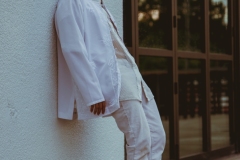