All the celebrities joining the Black Lives Matter protests

Celebrities are supporting the highly important BLM movement by attending the protests all around the globe.

Since the tragic death of George Floyd, who was killed by a police officer in Minneapolis, there have been hundreds (if not thousands) of protests taking place across the globe. The protests began in Minneapolis to demand justice for George Floyd and his family and have grown to encompass the rights of the entire Black community. The rest of the world has since joined in, proving that we all stand together.

Celebrities have taken to social media over the last two weeks to express their own feelings about the situation, and, more recently, attended protests to show that they stand with those affected. With some of the largest platforms in the world, it’s critically important that they encourage others to show their support. 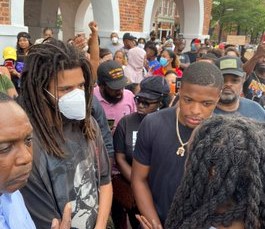 The popular rapper J Cole was spotted at the protests in his native North Carolina. This is not the first time J Cole has joined a protest, as he was seen at one in 2014 following the deaths of Michael Brown and Eric Garner. This shows how passionate J Cole is about the BLM Movement as this is not the first time he has protested for rights and justice before.

A group of peaceful protesters, myself included, were arrested yesterday in Santa Monica. So before the voracious horde of media sensationalism decides to somehow turn it about me, there’s a clear need to speak about the circumstances: Black Lives Matter. Peace, riots, looting, are an absolutely legitimate form of protest. the media is by nature only going to show the most sensational, which only proves a long standing racist agenda. I was detained when standing in solidarity, as were many of the final vanguard within Santa Monica. We were given the option to leave, and were informed that if we did not retreat, we would be arrested. When many did turn to leave, we found another line of police officers blocking our route, at which point, they started zip tying us. It needs to be stated that as a straight white man, and a public figure, the institutional consequences of my detainment are nothing in comparison to others within the movement. This is ABSOLUTELY not a narrative about me, and I hope the media doesn’t make it such. This is, and will be, a time about standing ground near others as a situation escalates, providing educated support, demonstrating and doing the right thing. This is precisely the time to contemplate what it means to stand as an ally. I hope others in my position do as well. I noticed that there are cameras that roll within the police cruisers during the entirety of our detainment, hope it helps. I’ll speak no more on the subject, as I’m (1) not well versed enough to do so, (2) not the subject of the movement, and (3) uninterested in drawing attention away from the leaders of the #BLM movement. I will be, again, posting the link in my story to a comprehensive document for donations and support.

Cole Sprouse is another well-known celebrity that joined the peaceful protests in California to show his support. He was blocked in and then arrested by officers while standing up for these basic human rights. He was detained when ‘standing in solidarity’.

Jamie Foxx attended a press conference in Minneapolis two weeks ago to speak to the crowd about George Floyd’s death before catching a plane to San Francisco to join a ‘kneel-in’ demonstration. He then urged his ‘Hollywood friends’ to join in with the protests ‘to understand, people are hurting’. 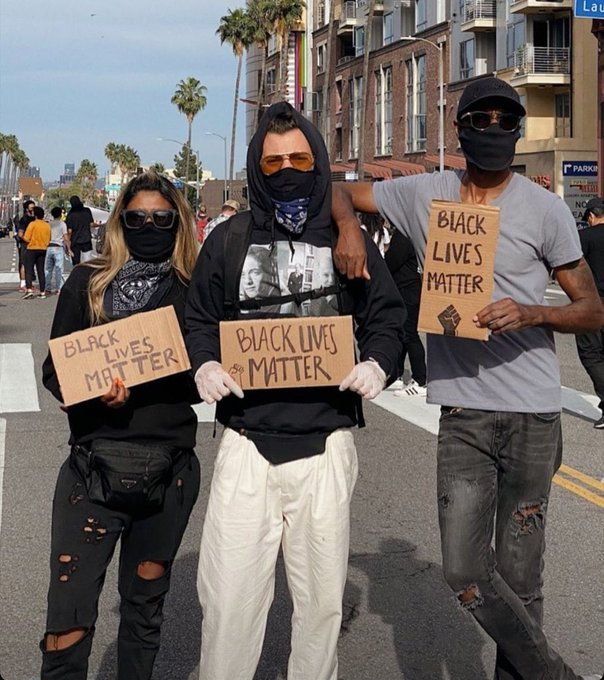 Another celebrity that joined a ‘kneel-in’ protest was Harry Styles. He was pictured on his knee and marching down the streets, holding a ‘Black Lives Matter’ sign with friends in the LA protests. 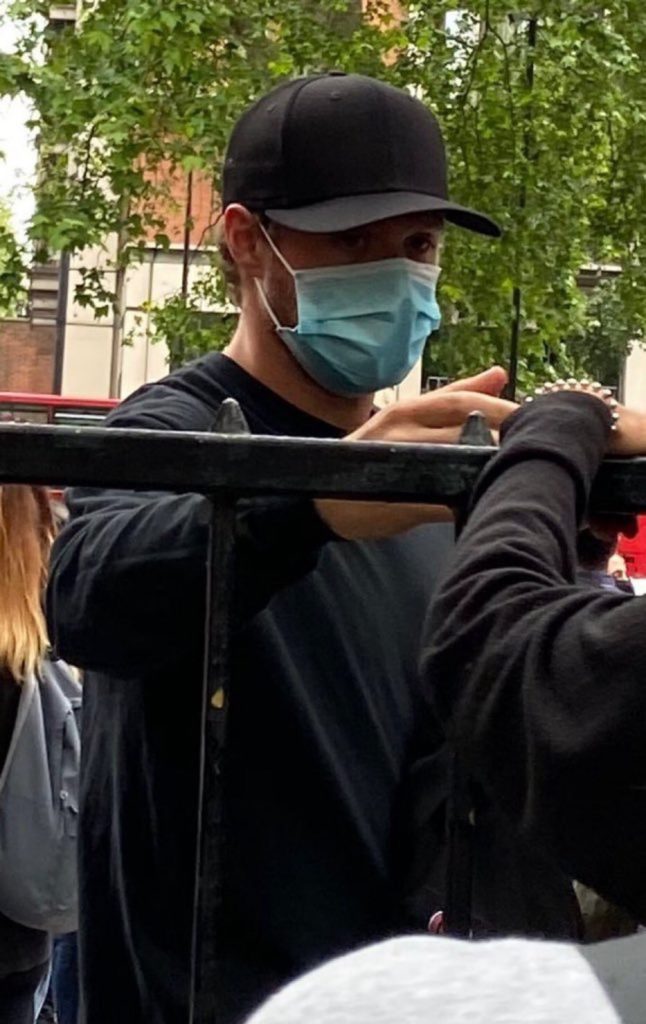 Niall Horan was spotted at the protest in London last week. A fan tweeted him to tell him about the UK’s peaceful protest, and he replied, ‘I’ll be there’. It shows that he didn’t go back on his word and he filmed himself chanting along in the protest. 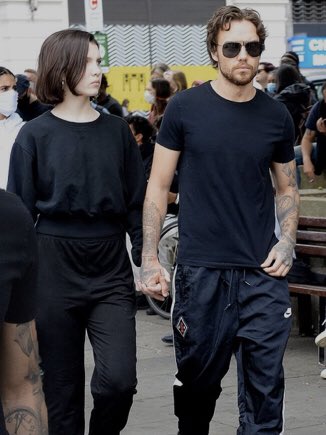 Following suit of his two former bandmates, Liam Payne was also spotted at the London protest with his girlfriend, Maya Henry. The pair were dressed in all black in support. 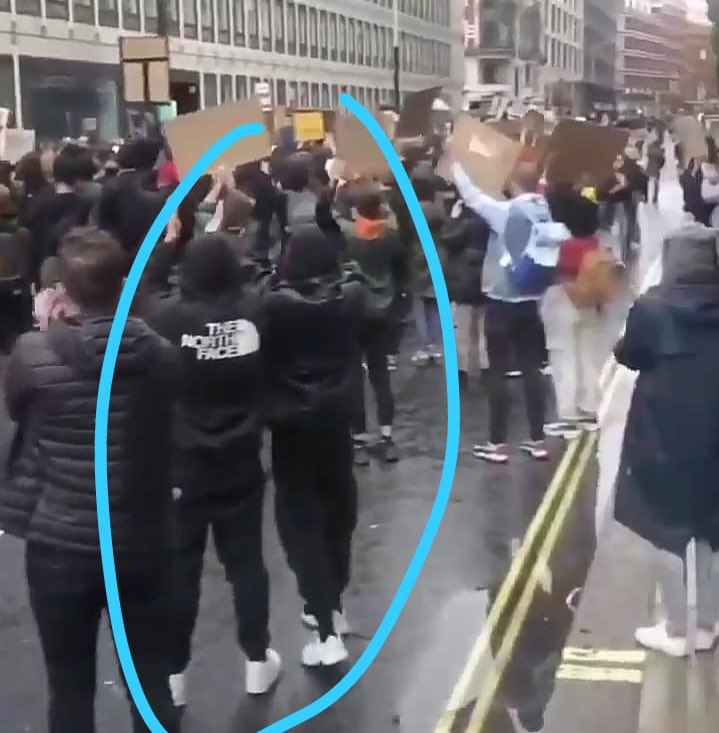 Louis Tomlinson was also spotted at a London protest and was filmed doing a ‘kneel-in’ demonstration. Other photos that were captured show him marching down the street with protestors alongside his girlfriend, Eleanor Calder. 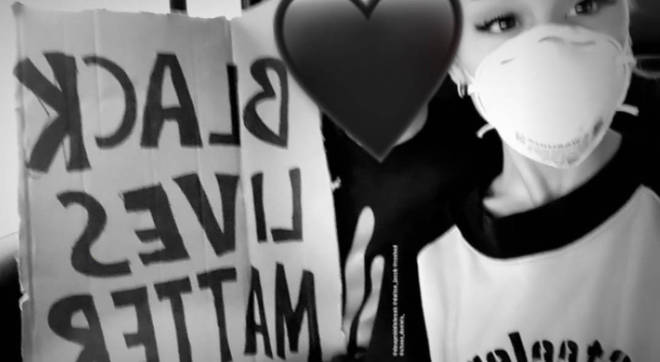 Pop princess Ariana Grande was seen joining in the protests in West Hollywood with her boyfriend and friends. She then tweeted about her passion for the movement and how the peaceful protest hardly got any media coverage at all. 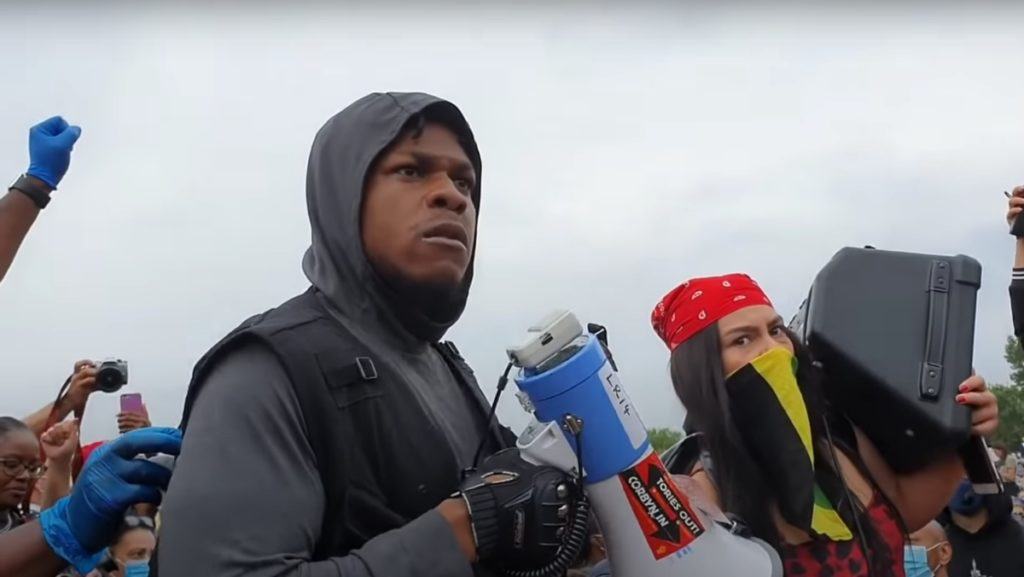 Star Wars actor John Boyega attended the London protest and rallied the crowd by speaking out to them on a bullhorn. He listed names of American and British people who’ve died due to police brutality, and then he urged the crowd to make sure they protest peacefully. 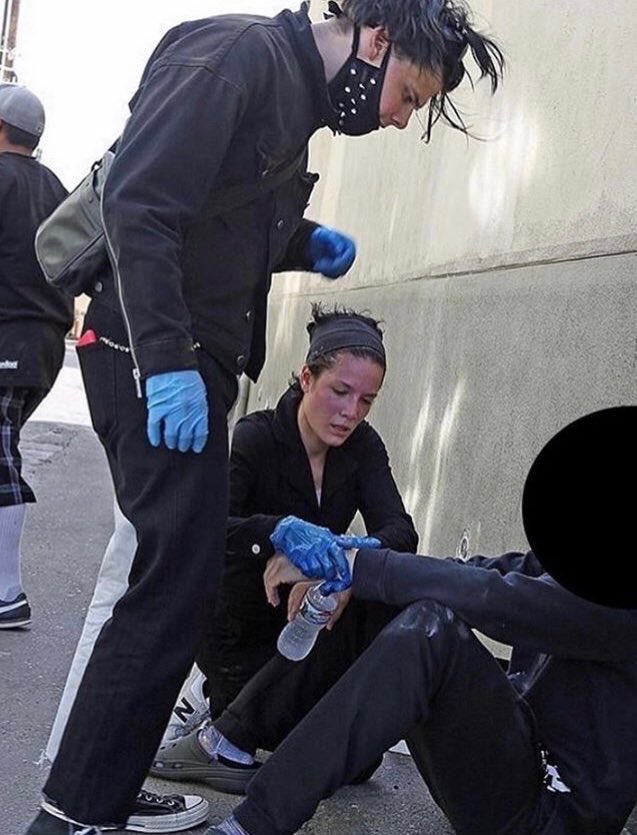 Ex-lovers Halsey and Yungblud joined the protests together in LA where Halsey claimed ‘rubber-bullets were fired’ at the crowds to scare everyone. The couple was also seen tending to people that had been injured as there were few medics around for help.

Standing with those who stand for me. #blacklivesmatter #saytheirnames

Ross Lynch and Jaz Sinclair were spotted at a few of the protests in LA. Jaz held up a ‘Black Lives Matter’ sign as the pair marched through the streets holding hands. Jaz then posted a thread of images from the protest with the caption, ‘Standing with those who stand for me.’

Make sure you check out this helpful link where you can donate money to relevant organisations and sign petitions to demand that justice is served.

Closed: Donate for your chance to win a copy of the Harry Styles cover issue of Beauty Papers