"No matter how bad things are, no matter how dark the journey becomes, good will triumph."

The post below was kindly written by Bex Hogan, author of Venom.

2020 isn’t here to play. To quote a certain Jamaican crab, ‘the human world is a mess.’ Countries on fire, wars raging, immigrants imprisoned, refugees abandoned – not to mention we’re all now in lockdown because of the deadly virus sweeping the globe. And it’s only April. No wonder we all need to escape -and we are. In our droves. To fantasy.

In such troubled times, it should be no surprise that more and more of us choose to turn our backs on the daunting reality, and search instead for the comfort of fantasy worlds. It’s nothing new – we’ve journeyed through Middle Earth, roamed across Narnia, suffered in Westeros. But far from being saturated, our appetite for fantasy has never been greater. ‘The Witcher’ recently became a huge hit show, and Leigh Bardugo’s ‘Shadow and Bone’ adaptation is highly anticipated.
So what is it about fantasy that keeps pulling us back in? What power does this escapism hold? And where can we escape to next?

The best fantasy is rooted in the world we know. We can relate to the struggles and the characters are real. We see our own world through a distorted lens, sometimes brighter, sometimes foggier, but always at a safe enough distance. We know we’re watching some version of a reflection, but it’s far enough out of reach not to be a threat. And it’s that separation that enables us to process how we feel about our own struggles through the story. We may not actually be on a quest to defeat evil, but we can understand the plight of the characters, and empathize with their dilemmas.

When things go wrong – either on an individual scale or on a massive global one – it’s hard not to experience a sense of powerlessness, that we are helpless to change things, that there’s nothing we can do. So it makes sense to immerse ourselves in a story where the characters do have power, whether fighting skills, political prowess, or magical talents. Not only do we get to see them confront their enemies, but we see them succeed – we witness tyrants brought down by ordinary people with a destiny, we watch monsters be slain by heroes, we know evil can be conquered.

And therein lies the most important reason to escape into fantasy. For hope. No matter how bad things are, no matter how dark the journey becomes, good will triumph. The unlikeliest of people will defeat the evil menace threatening the world, the young child devastated by the death of their father will grow up to have their revenge, the wicked rulers will be overthrown by the peasants. We can draw strength from their success to face our own challenges in the real world. For if there is hope for them, perhaps there is hope for us all.

If you’re looking for a new adventure away from reality, here are some suggestions for you:

I’m planning to use lockdown to catch up on some shows I’ve not seen yet – such as The Letter for the King, Dark Crystal: Age of Resistance and The Dragon Prince – but nothing beats curling up with old favourites. For immediate escape my go-to films are The Princess Bride, the Lord of the Rings Trilogy, The NeverEnding Story, Willow, Howl’s Moving Castle and Stardust.

If books are your preferred gateway then here are some fantasies, both older and newer, on my TBR pile that I hope to enjoy during lockdown: Master of Sorrows by Justin Call; The City of Brass by S.A Chakraborty; The Name of the Wind by Patrick Rothfuss; Assassin’s Apprentice by Robin Hobb. There are some excellent YA fantasies coming out later this year that I’m looking forward to. They include: The Gilded Ones by Namina Forma; Forest of Souls by Lori M Lee; Girl, Serpent, Thorn by Melissa Bashardoust; Queen of Coin and Whispers by Helen Corcoran. 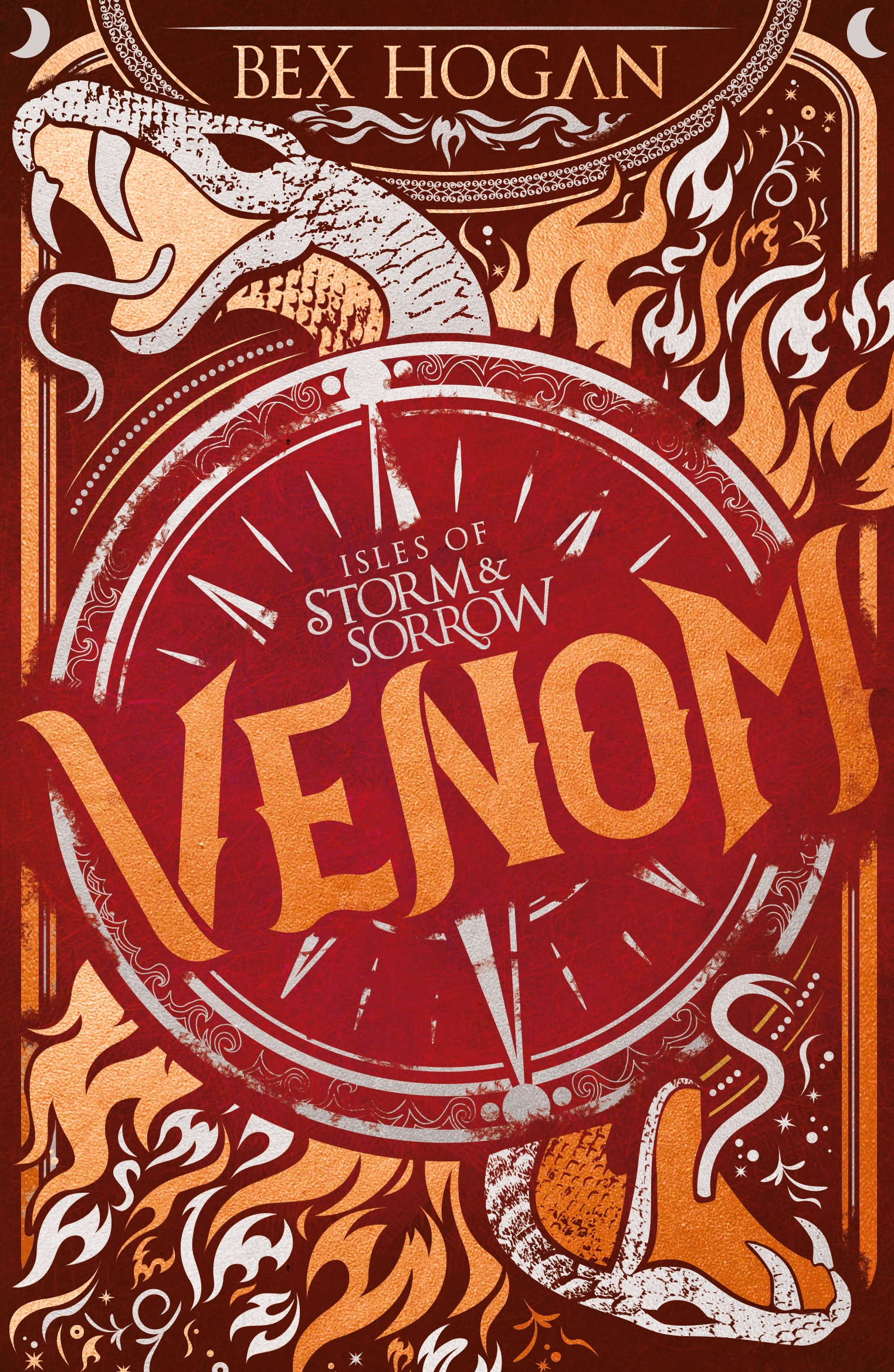 Get your copy of Venom by Bex Hogan today in the UK & US.