"These days we talk about representation all the time, and I think it’s so important that we start living it."

This guest post was written by Wibke Brueggemann, author of Love is for Losers.

When I started writing “Love is for Losers” many years ago, I knew that I wanted to write a lesbian love story, but I also knew that I didn’t want to write a coming out story. Mainly because the story I wanted to tell wasn’t a coming out story, but also because I didn’t think every LGBTQ+ love story needed to be. In fact, I strongly believed they shouldn’t be. Young people today are in a whole different galaxy when it comes to their sexuality and identity.

When I was in school, a hundred years ago, it was a complete scandal when I told my friends that I liked boys and girls. When I mentioned it to my mum, she looked at me like she’d made some fatal error during my conception, and she was positively annoyed with me, and all she said was: “Why can’t you be normal?” The thing was, I knew even then, and I knew, that I was normal. There was nothing wrong with me. Everyone else had the problem, which didn’t even make any sense, because I wasn’t asking anyone to be bi or gay themselves, I was merely asking to be allowed to be me, and to love the person I wanted to love. And I wanted to be able to talk about it.

What happened instead was that my parents chose to ignore that I had a love life, and to this day, we’ve never spoken about it unless, of course, I was with a man at the time.

But isn’t being in a relationship about so much more than your sexuality?

Your heartbreak isn’t any less painful, or even irrelevant, because you love a person of the same sex. Intimacy isn’t somehow cheapened when there’s two vaginas. It’s not a fetish either, or something pervy, and not everybody has an existential crisis when they realise they’re attracted to someone of the same sex.

I had all these thoughts growing up, and I had nowhere to go with them, and it felt really, really unfair, and often almost like I wasn’t speaking the same language as everyone else. Even today, when people ask me when I first knew that I liked men and women, it’s obvious that their immediate assumption is that I initially liked men. This wasn’t the case at all. The first person I ever fell in love with was a woman.

Of course, I know that this attitude doesn’t come from a place of malice, but from a place of ingrained hetero-normality, and I recognised a long time ago that it was absolutely my place to challenge that. I also recognised that I wouldn’t be able to do it by shouting my opinion into the void. I felt that the only way to bring this to people’s attention and possibly initiate change was by normalising what people like my mother consider to be “not normal”, and what my peers back then considered to be something along the lines of being rebellious or sexually exotic.

Which is why I needed Phoebe and Emma to just fall in love and do all the things we do when we fall in love. “We” as in everybody, humans.

And it’s hard enough without the judgment of others, and this constant pressure of having to put a label on it.

In Love is for Losers, Phoebe and Emma aren’t surprised by their mutual attraction. Phoebe isn’t freaked out because Emma is a girl, but because falling in love is really, really scary. Phoebe’s godmother Kate says that she’d like Phoebe to find “a boyfriend or a girlfriend” one day. She wants Phoebe to be happy, and she’s going to let Phoebe tell her what it is that makes her happy, rather than putting her own expectations onto Phoebe. That’s love, too, and one of the greatest gifts you can give someone. To be honest, I’m a bit jealous of Phoebe in that respect.

I believe in the power of stories, and I fully accept my responsibility as a writer to fuel that ancient fire so it can keep working its magic and make the world a better place.
I feel incredibly fortunate that in Love is For Losers I’m able to do it in such a gentle way, through characters that are so brilliant, and so fun, and so, well, normal. 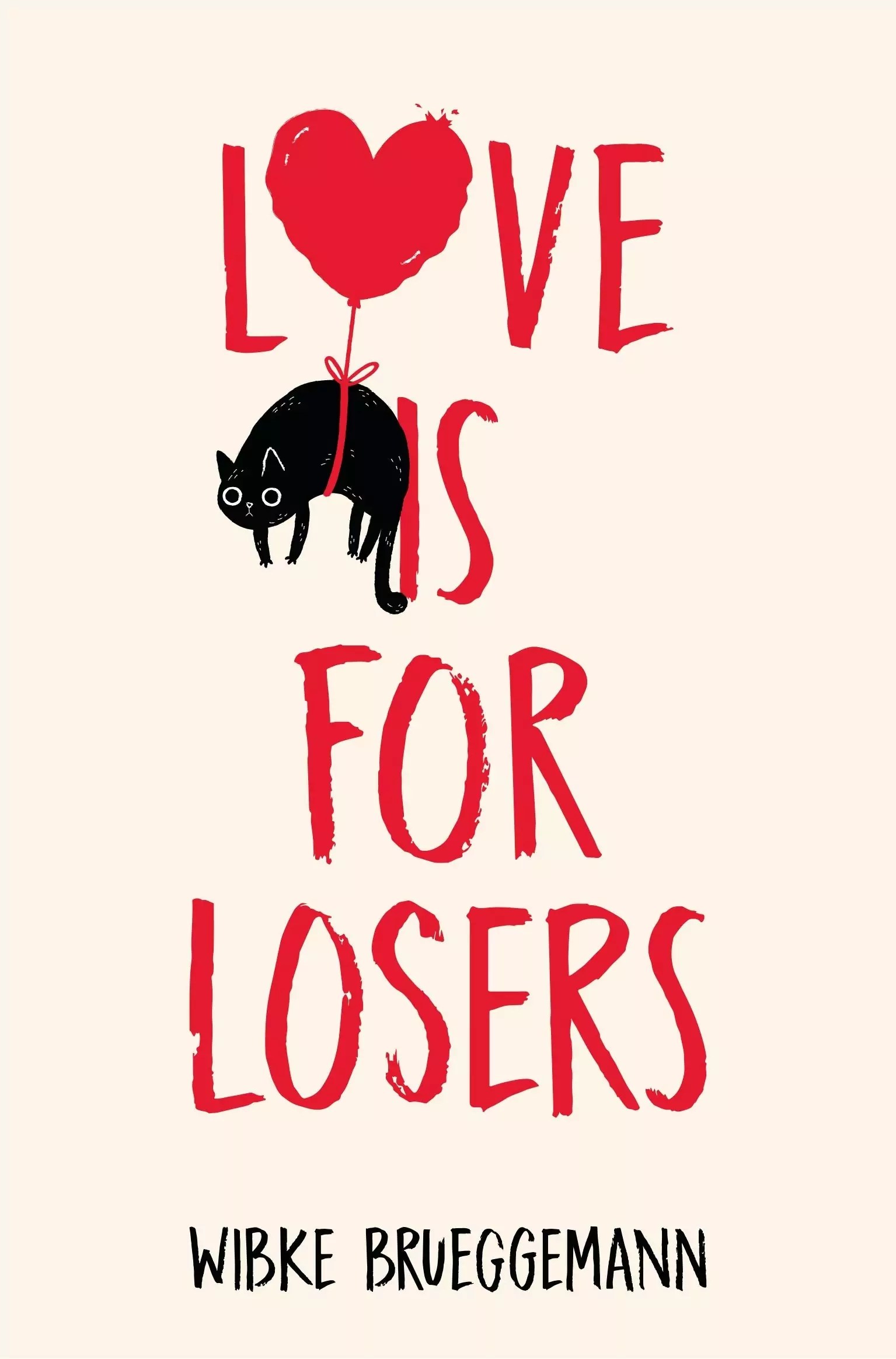