Sarah Raughley on Victorian London, steampunk and her new YA novel, The Bones of Ruin

"There might be people who’ll read The Bones of Ruin and think that it’s ‘inaccurate’ because there are so many BIPOC in it, but that’s how history really was!"

When we heard that Sarah Raughley’s new YA novel, The Bones of Ruin, was going to be set in Victorian London and following an African tightrope dancer who cannot die, we knew it was going to be a truly epic read and we couldn’t be more excited to have had the chance to chat to Sarah all about it.

Hi Sarah, it’s so great to have you on the site today to talk all about The Bones of Ruin, book one in your new YA historical fiction, fantasy trilogy. For readers just hearing about it, how would you describe it in order to entice them to pick up a copy?

I saw someone describe the book as X-Men meets The Hunger Games in Victorian London and I kind of love that. An African tightrope dancer must fight in a supernatural tournament to the death in apocalyptic Victorian England!

The Bones of Ruin is wholly unique in not only its premise but also its setting and character relationships, can you tell us a little bit about what inspired it?

I’ve actually been wanting to write a steampunk novel since 2009, especially one that kind of centred BIPOC. Over the years, that idea still kept a few of its steampunk elements but it began to take shape as a historical fantasy around the idea of this immortal African girl. Iris, the main character, is inspired in part by Sarah Baartman, a girl from South Africa in the 19th century who was taken to England and put on display in a human zoo. This figure got me thinking of questions of agency, identity and servitude. What if Sarah could fight back? And even though she was seen by society as wholly insignificant what if she’s more important than anyone could have ever imagined?

Iris is such an intriguing and powerful character to follow, what was it like for you writing from her perspective?

Actually, I loved the idea of an African girl who was trying to find her roots. As a first generation Canadian, I related a lot to that. She feels British, but not British. She’s certainly not looked at like a ‘typical’ member of British society and yet she’s invariably apart of it. Iris is curious and strong, but has so many weaknesses and insecurities as well. There’s so much for her to lose in this journey. I wanted to balance her out and make sure that even though she’s immortal and technically can’t die, the stakes are incredibly high for her.

From the circus and an impending apocalypse to secret societies and life altering tournaments, there is so much to love about The Bones of Ruin but was there an aspect you found particularly enjoyable to write?

I loved writing the action scenes! As an author, I’ve been really inspired by visual media: stuff like TV and movies, anime and manga, JRPGs etc. So I’m very visual when it comes to writing action and having a host of character with cool powers is just a playground for writing action scenes, especially when it’s set in the 19th century so you can’t rely on advanced technology. It adds an extra challenge.

The Victorian London setting is brilliantly vivid, I can imagine you must have done quite a bit of research into the city during this time period? Did you stumble upon any surprising facts about it whilst doing so?

Oh yeah. I read Black Victorians/Black Victoriana by Gretchen Holbrook Gerzina and I learned so much about just how multifaceted life was for Black people in Victorian England. From circus proprietors to African ambassadors. A lot of that research ended up in the book. I also delved deeper into the history of human zoos and learned just how prevalent this practice was in the 19th century, in Europe and even North America. It was even a practice up until the 1940s. That’s not something you learn in school.

Do you have any advice for aspiring historical fiction authors wanting to insert fantastical elements into their stories?

With historical fantasy there will always be a sliding scale when it comes to historical accuracy. If you’re writing steampunk elements, you may have some genius create an early electric car or an automaton that wouldn’t have been possible during that time period, but that’s part of the fun. At the same time, there are a lot of ‘fantasies’ we’ve told about that history as well. Fantasies that say that certain types of people did not live in Europe during that time period, or if they did, they only existed in the shadows or on the side lines. There might be people who’ll read The Bones of Ruin and think that it’s ‘inaccurate’ because there are so many BIPOC in it, but that’s how history really was! So do your research: figure out what was real so you can decide what elements of fantasy you want to include.

There are so many brilliant twists and turns throughout the book, were these all planned pre-writing or did they take you by surprise as much as they did for us readers?

I’m an outliner big time so everything was planned – save for one plot twist at the very end. That’s a huge spoiler so I won’t say anything, but I think it really upped the anti for the rest of the series.

The Bones of Ruin undoubtably leaves its readers craving for more. Are there any non-spoilery hints you can give us about book two to tide us over until its release…?

Well, Iris has a big choice to make in the second book. She’s a neutral good character trying not to be a lawful neutral. That’ll only make sense to those who’ve read Bones. The question is, can she withstand all the chaos and heartache to keep her hopeful Iris self-intact? We all better hope so. 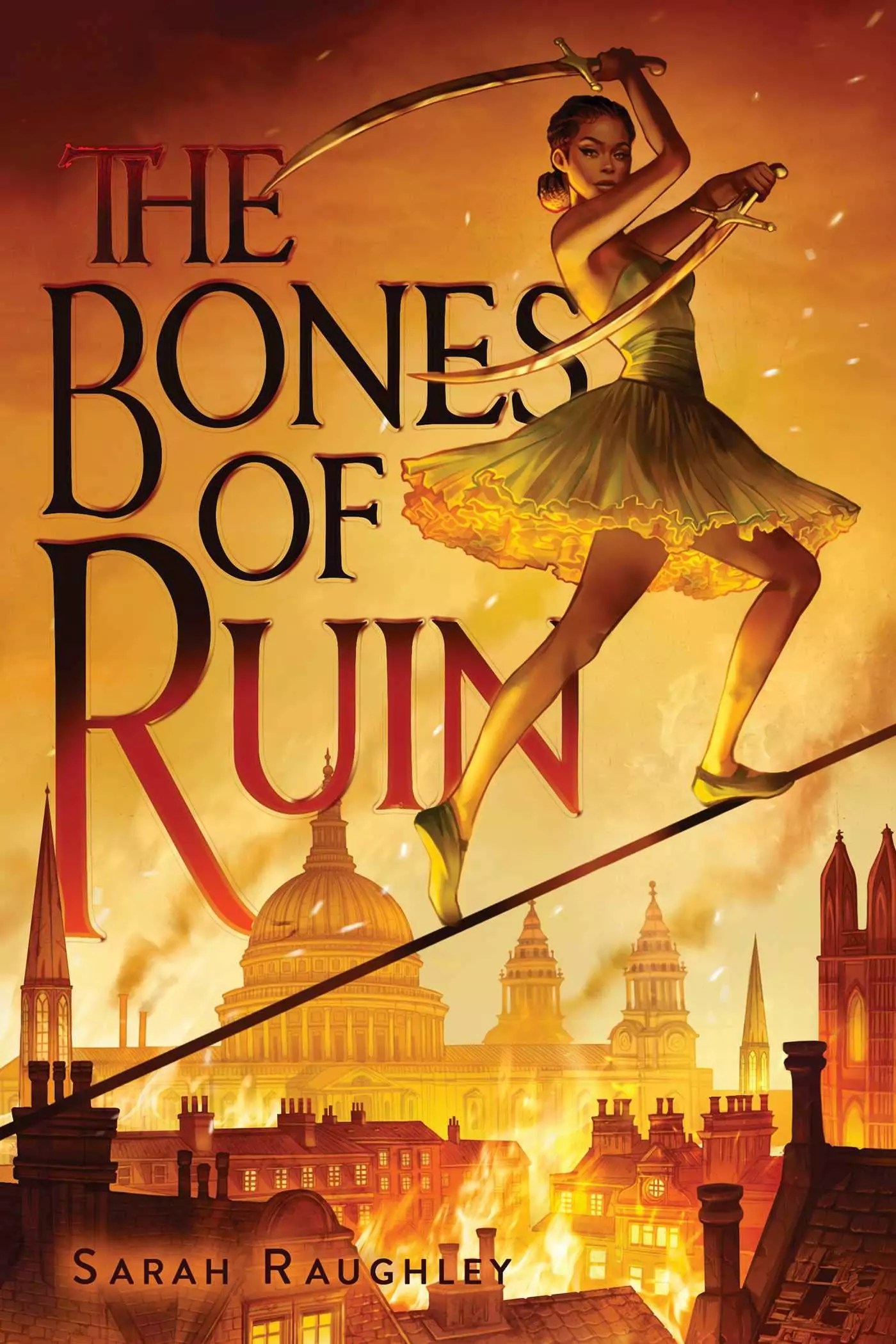 Get your copy of The Bones of Ruin by Sarah Raughley here.

Battle of the Bands is a 16-piece anthology about messy, beautiful high school lives

Closed: Win 1 of 5 copies of The Forevers by Chris Whitaker