"Don’t be afraid to be who you are, ask questions, be honest, be kind, hang in there."

Inspired by her own teen diaries, Who Put This Song On?, the debut YA novel by author, poet and essayist, Morgan Parker, follows teen Morgan as she navigates therapy and discovering her sense on self in a world that belittles almost every facet of her identity from her mental health, to her race, to the clothes she wears. It’s powerful, funny, achingly honest and offers some A+ references to the early 2000’s .

Although Who Put This Song On? isn’t your first book, it is your first YA novel. What made you decide to take the leap into writing YA fiction?

This story demanded it. It was so important to me that this story gets into the hands of the young people who need it—and, in a way, give it to the teen I used to be because I was writing it for her. It’s definitely my hope that adults will read the book and be into it, too, but I wanted to address teens directly with this book.

You’ve mentioned that Who Put This Song On? is loosely based on your teen years and the diaries you wrote during that time. Did you read them back whilst writing and if so, what was that experience like?

It was both hilarious and traumatizing. I had to pour over them so much during the process of writing this book—getting to know the voice and looking for ideas, something to jump off of. They are incredibly entertaining, and also embarrassing, and dramatic, and sad, and I just I had to confront and forgive all those things about my past self in the process of creating this story.

Thank you everyone for helping me and Teen Morgan Parker and my high school Chucks launch my book!! Get a library card!!!

How and where did the inspiration to write a playlist into the book as a backdrop to scenes and moments come from?

I didn’t even think about it, really—the book is basically an intimate mixtape I made for the reader. I play a lot with blending song titles and lyrics into my poetry, so writing with music in mind is totally natural. Music is almost a character in this book, the lens through which Morgan sees the world—it’s ever present and super important. Plus, she’s a typical teen music snob, and in high school, what you listen to is tied so much to your identity.

Writing about topics such as mental health and identity, whilst rewarding, can be incredibly emotional. What was the the experience of writing Who Put This Song On? like for you?

Very, very tough. I had to take breaks, and I had to pull myself away from the depths sometimes. That’s what was so fun about writing fiction, as opposed to writing about the same themes in poetry or nonfiction—the feelings I described were very open and real, but the story wasn’t mine. That helped me focus on translating how I felt/feel into how Morgan might feel and react.

What advice would you give to aspiring authors wanting to explore mental health and mental illness in their work?

It is absolutely worth it. It’s worth it to put it all out there, not to sugar-coat it or overdramatize it or hide it. Choosing to be upfront in writing about mental illness, with humor and openness and depth, has been the single most rewarding choice of my career.

First time holding this beautiful UK edition, in Cape Town. Got so excited I almost bought it. Thanks for the copy, @booklounge! Thank you @atombooks for making the disco ball of my dreams!!!

Is there any advice you’d like to give to readers who relate to Morgan’s struggles with mental health?

I get you. You’re not alone. If you need to seek therapy or medication, don’t be ashamed in any way. You’re gonna make it.

If you could put a copy of Who Put This Song On? into teen Morgan’s hands, what do you think she’d say?

What is one message you’d like readers to take away upon reading Who Put This Song On?

It’s not all fireworks and flowers, but it’s not all terrible! Don’t be afraid to be who you are, ask questions, be honest, be kind, hang in there. 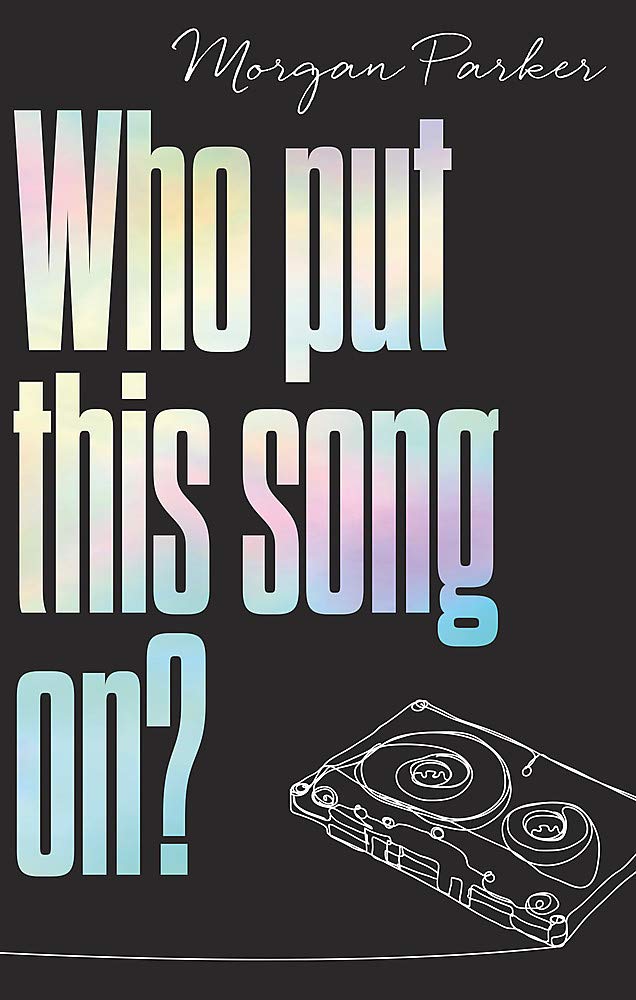 Order your copy of Who Put This Song On? by Morgan Parker in the UK and US.