Gita Trelease on why she writes YA historical fantasy

"No one had bothered to tell me that I should think of Austen’s and Tolkien’s novels as different."

This guest post was kindly written by Gita Trelease, author of YA novels Enchantée and Liberté.

At first glance, nothing could be more different than Netflix’s historical Bridgerton series, with its candy-colored costumes, elegant sets, and Regency marriage plots, and HBO’s Game of Thrones, a twisty high fantasy set in a medieval-ish past, full of violence, unexpected deaths, and dragons. But as someone who’s just written a historical fantasy series, I have to disagree.
For me, these series—and the popular books they’re based on—offer us much the same thing: a world rich enough to disappear in.

When I was ten or eleven, we spent a month visiting family in Sweden during one of the rainiest summers I’ve ever known. There were only so many things we could do, and I devoured all the books I’d brought with me from the US. Desperate, I ransacked my aunt’s bookshelves for something in English and found a row of orange-spined Penguin classics and mass market editions of Lord of the Rings. The covers featured colorful illustrations and I thought maybe they were written for kids (oops), so that’s where I began. I inhaled the entire series in about ten days. Enraptured, fantasy-dazed, still half-living in Middle Earth, I wanted more, so I picked up Pride and Prejudice and started reading.

Once again I stepped into a world, a completely foreign world that piqued my curiosity and kept me turning the pages. No one had bothered to tell me that I should think of Austen’s and Tolkien’s novels as different. To me they seemed the same: slightly incomprehensible but completely immersive. Because really, to a person picking these books up for the first time, is a dance card or a pelisse less foreign than an orc or a palantír?

So it made sense to me when I wrote the Enchantée series—about an orphaned magician who uses magic to survive and, at the same time, advance the cause of the French Revolution—that I didn’t value the historical and the fantasy elements in the books any differently. To create both worlds, I did a lot of poking around. I have a background as an academic, so I gleefully did months of research, reading eighteenth-century letters and poring over French Revolution paraphernalia in Paris’s Musée Carnvalet. I listened to the actors from Dangerous Liaisons describe what it was like to wear period clothes with narrow shoulders and stays that restricted their movements; I followed people on Instagram who sewed historically accurate eighteenth-century gowns and wore them to parties at Versailles (and who graciously answered my questions about the magical dress I’d written into my novel). I learned about garden design and architecture and fashions in wigs. I learned why both men and women at the French court wore lipstick, rouge, and powder (it’s not about gender but about class); I studied the sewers and catacombs of Paris and the invention of the guillotine.

Is the late eighteenth-century world of my books as accurate as I could make it? Sure. But all of that was scaffolding for building a believable, textured world. A world that readers could vanish into. And the magic in the book? It’s fueled by sorrow and memory, and in that way meshes perfectly with the French Revolution’s historical moment.

And I think that’s what Bridgerton production designer, Will Hughes-Jones, might have been getting at when he said, “As much as possible we keep true to history, but quite often, you know, history’s a bit boring.” I don’t agree that history is boring—but it does matter how the past is told.

Which brings me back to Bridgerton and Austen, Game of Thrones and Tolkien. What makes these works of fiction so compelling to me is the immersive worlds and plots they create. The fantasy world of Westeros with its dragons and magic may seem more obviously made-up, but the world Regency romance is just as much a place of pretend. Without their authors’ investment in creating them, the world of the stories wouldn’t feel real—even when it’s invented.

And by asking us to step into an unfamiliar world, to stretch, to travel, these stories help us entangle ourselves from our contemporary, everyday lives and go somewhere else. For an hour—or days, if you’re binging—to live in a world that’s not your own: that is the real magic. A fantasy that we can, in fact, disappear into. 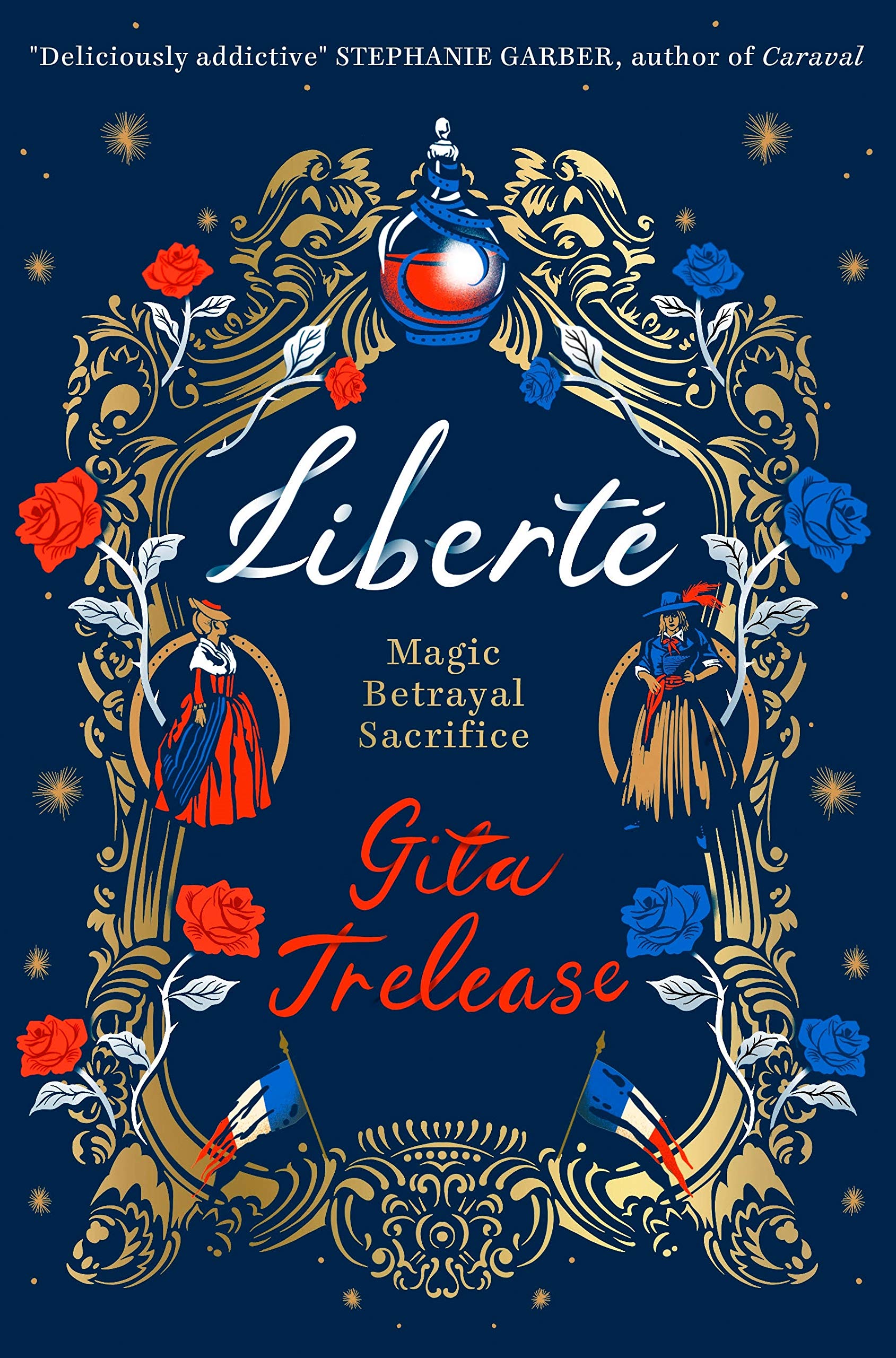 Get your copy of Liberté by Gita Trelease here.