From Meet The Vamps to Cherry Blossom: How The Vamps have evolved

The Vamps are about to drop their fifth studio album, we take the opportunity to have a look back at how they’ve changed since they first started.

The Vamps are back this October with three singles, two music videos, a brand new album and a whole new tour scheduled for 2021. It’s safe to say that since The Vamps landed on the music scene in 2013, their sound has changed dramatically. 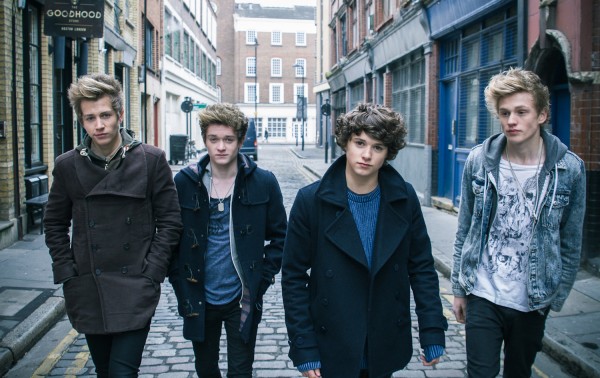 The Vamps released their first album in 2014 called ‘Meet The Vamps’, which many think was inspired by The Beatles album with the similar name of ‘Meet The Beatles’. It’s very clear from the beginning who their musical inspirations are. The music for ‘Meet The Vamps’ was mainly pop music and music that the foursome had written themselves when they were just teenagers. The four lead singles all ended up in the top five and the album peaked at number two on the charts in the UK and Ireland. It was their entry to the music world and they definitely gave off a bubblegum pop type of vibe which the industry had been missing. They even did a Christmas edition of this album.

‘Wake Up’ was The Vamps’ second album which was released in late 2015. Brad, James, Tristan and Connor had already begun evolving their original sound for this album. The sophomore album could be seen as leaning more towards pop-rock, especially the lead singles such as ‘Wake Up’ and ‘Cheater’. The album peaked at number ten on the UK charts and has been certified Gold.

The bands’ third album incorporated two albums in one, which was a concept that the boys came up with themselves. The ‘Night and Day’ album was originally split into two separate albums of ‘Night edition’ and ‘Day edition’ and released one year after the other. The ‘Night edition’ of the album became The Vamps’ first number one album in the UK. The sound for these two albums moves back to a more pop sound but they incorporate quite a few more slow and sad songs rather than their usual upbeat hits. ‘Night edition’ was initially made to be more of a dance album whereas ‘Day edition’ was purposefully made to be more of an acoustic. In all, The Vamps did four tours to promote both of these albums and it’s safe to say those tours were a huge success with the boys heading back to the O2 to become the first artist in its history to headline a show consecutively for five years.

In the middle of 2019, just as they were embarking on their Four Corners tour, they dropped a small EP that is too good to not be included in this article. The ‘Missing You’ EP includes four tracks that have a much more mellow approach and are songs that would definitely help to relax you rather than hype you. All of the instruments and vocals are so soothing and relaxing, it’s definitely worth a listen when you need to chill out.

Now The Vamps have been on the music scene for just over eight years and they are gearing up to release their fifth studio album, ‘Cherry Blossom’. They have now released three singles to promote the upcoming album and each have become very successful on streaming sites. The fans have described these singles as “alternative” and are very much looking to hear what the rest of the album is going to sound like. The three singles titled ‘Married In Vegas’, ‘Chemicals’ and ‘Better’ definitely showcase, not only a new sound for the band but also a new sense of style. In the two released music videos, the boys have swapped their skinny jeans and white tees in favour of flares and blouses. You can watch the latest music video for ‘Better’ down below.

We are very excited to hear the new music from The Vamps and can’t wait to hear what their new sound is when ‘Cherry Blossom’ drops on 16th October. Let us know down below in the comments what your favourite The Vamps album is!