Review: Joywave, The Demos, and The Aces at Brighton Music Hall, Boston

The three bands rocked Boston with their Thanks. Thanks For Coming Tour.

American indie rock band, Joywave, took the stage at Brighton Music Hall in Boston for their second show of the Thanks. Thanks For Coming 2017 Tour. In front of some of their most die-hard fans, Joywave performed and had the crowd desperate for more on November 13, 2017.

The Demos, an indie “power-pop” band from Rochester, New York, ultimately won over the crowd with a variety of upbeat and groovy original tracks. With a unique sound and style, lead singer Jason Milton’s mysterious frontman presence captured the audience’s eyes and possibly even their hearts. 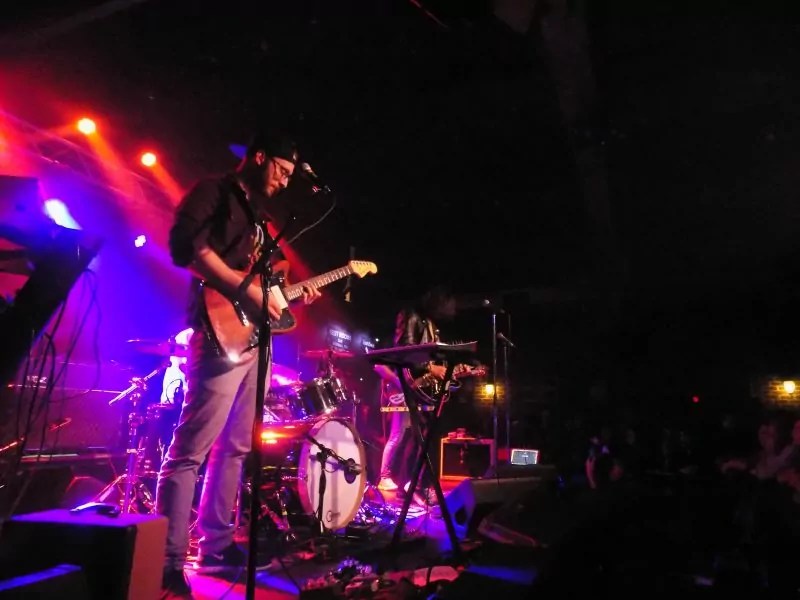 Fans that were originally unaware of their music were all screaming and catching onto lyrics within the first chorus of every song. Their sound and indie vibe fit in remarkably well with the other opening act, the Aces, as well as Joywave’s sound. It was fulfilling to see a band produce an original sound and have a great amount of passion while performing.

Following The Demos, The Aces took the stage with an undeniable energy and immediate connection to both new and familiar fans. They turned spectators into fans within seconds of stepping on stage. With their song ‘Stuck’ currently at over 4 million streams on Spotify, many people in the crowd were finally able to put faces to a song they had been listening to for months now. It was quite amazing to see people randomly begin singing the song while simultaneously having an epiphany.

Originating in Utah, The Aces are made up of four girls that were originally friends and then decided to start making music together. All playing their own instruments while channeling their indie/pop rock sound, the band left fans in awe of their collective talent and well-produced songs that I still can’t seem to get out of my head. 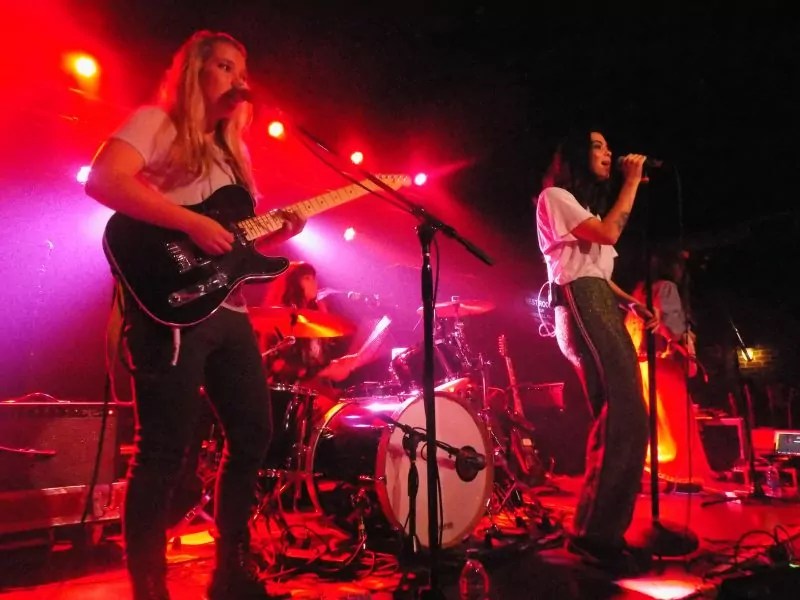 Their genuine personalities and unique sound are just two reasons why people were captivated by their performance. With fans screaming lyrics back to them and grooving both subconsciously and consciously to each and every song played, it became evident that The Aces do not want to be doing anything else but performing. Smiling and countless fan encounters kept the crowd engaged and thinking about downloading their songs right after the show. Every song on their EP ‘I Don’t Like Being Honest’ was played. The band also covered their own version of Nirvana’s ‘Smells Like Teen Spirit’.

Just when fans thought their night couldn’t get any better, Joywave completely took over Brighton Music Hall and energy levels immediately went through the roof. Playing a variety of both new and old songs, every fan had the chance to hear some of their favorite tracks in person and was anything but disappointed.

Also originally from Rochester, NY, Joywave’s most popular tracks ‘Dangerous’ and ‘Tongues’ ultimately skyrocketed their career and built up their fan base to what it is now. With both new and old fans, Joywave performed to a crowd full of positive vibes and dancing people of all ages. Their newest album ‘Content’ was just released in April of 2017. Fans that were not able to see them on tour with Cold War Kids and Young the Giant over the summer had been waiting months to hear these new songs live, and that only added to the energy present at the Brighton Music Hall. 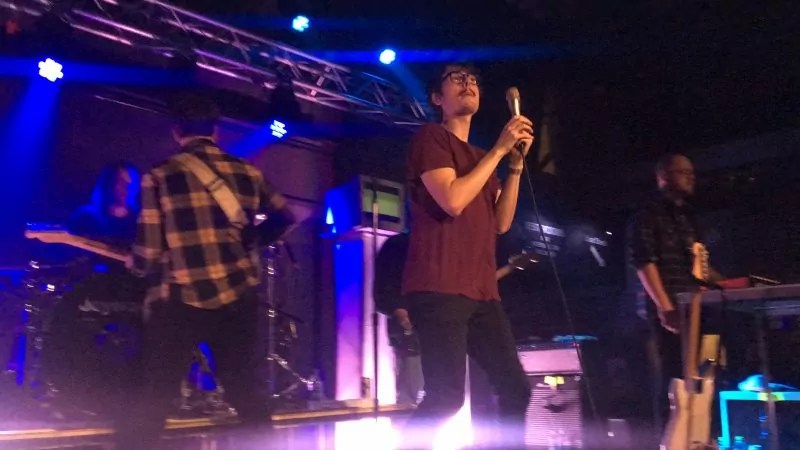 Lead singer Daniel Armbruster was quirky and quite entertaining on stage in the most admirable way possible. He was very open to reaching out to fans, jumping up and down during songs and frequently interacting with his band members. His dance moves and coordinated movements kept both him and the crowd unable to stand still. Their personality was clearly shown through their actions and visuals on stage, which only added to their stage presence.

Joywave’s performance was anything but ordinary. Fans all came together and felt as though they belonged there regardless of what their story was or what they were going through. It was as though the show took place on another planet where all worries went away and a whole new experience took over the night. Those there undoubtedly wanted more and weren’t shy about it. Constantly screaming lyrics, reaching out to every member and jamming with complete strangers, the night was anything but short of excitement. The crowd was brought to life by Joywave’s presence, humor, and deep connection to every fan in the audience.

George Maple is the mysterious new popstar we adore

The Aces introduce themselves and discuss touring, HAIM, and their first album