Reggie ‘N’ Bollie are after that infamous Nandos black card

Cast your mind back to The X Factor in 2015 and you’ll definitely remember these guys.  Originally auditioning for the show under the name ‘Menn on Poinnt‘, the duo made it all the way to judges houses where they were then chosen by their mentor Cheryl to perform on the live shows. From that point, the duo became stronger as each week went on. They proved their critics wrong by making it as far as reaching the final, where they performed with Fuse ODG and Craig David.

After coming runner up to Louisa Johnson, Reggie ‘N’ Bollie have continued with their musical career and released their debut single ‘New Girl’ last year through Syco. Fast forward to 2017, and Reggie ‘N’ Bollie have set up their own record label called F.R.O.D Music. We were lucky enough to catch up with them and ask them all about their new venture, and single ‘This Is The Life’.

‘This Is The Life’ is released on your own label you’ve recently launched, what made you want to do it yourselves?

Music has always been our passion and by being fully immersed in the business aspect became the next step to achieve for us. We’ve always wanted to do it as a next step and when we parted ways with Syco we felt it was the right time to get things started.

Will there be an album/tour happening any time soon?

The album will be out this year. We are still working hard in the studio to finalise it and hopefully, it should be ready this summer.

Who would be your dream collaborations?

We’d love to collaborate with the likes of Sean Paul and Shaggy as they inspired our sound but Migos and Drake are doing great in the music scene so they would be great as well. 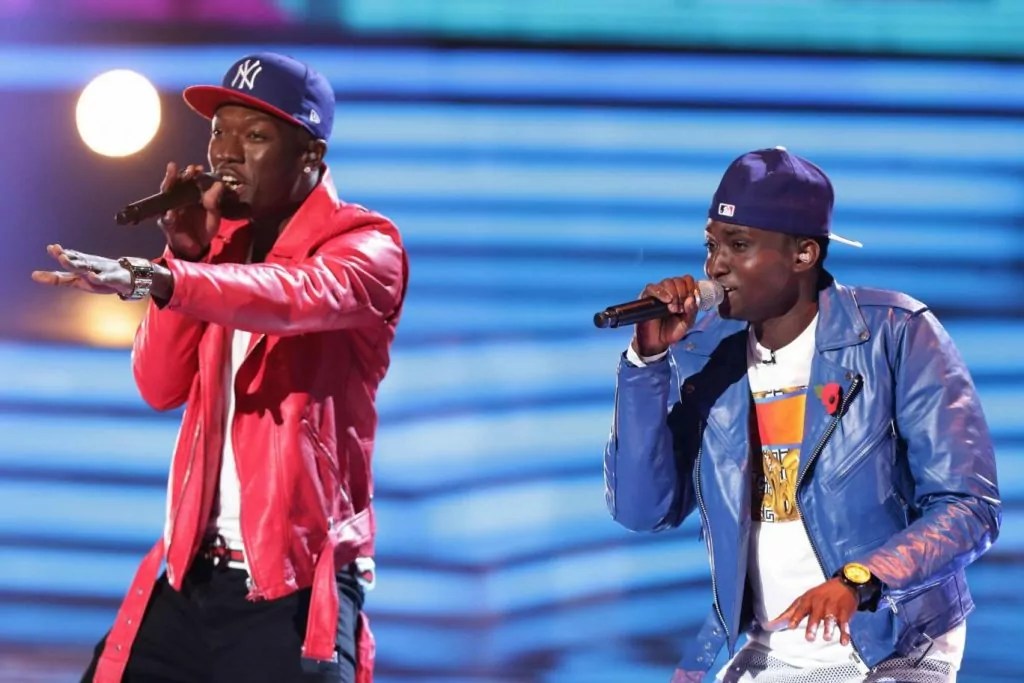 What has been your favourite thing you’ve done or moment since The X Factor?

The whole experience after the show has been life changing. There are so many good things that have happened and that we are grateful for. We’ve been gigging non-stop since the show ended and we love waking up each day doing our dream job and being in control of it as well.

What is your favourite song and or album at the moment?

What’s next for you?

We will be releasing the second single from our Label very soon and then the album. After that, we are planning to embark on our own tour.

What would you say would be your favourite X Factor memory?

Our 1st ever audition in Wembley when we performed our own single ‘Turn It Up’ and every single person was just standing and bouncing to the song. That was a huge moment for us.

What would be your advice for people thinking of applying to go on the X Factor?

To be prepared as it is not as easy as it seems. It entails hard work, determination and a strong belief in yourself.

Haha, good choices. So that’s round 1 of the game, now we’ve got round 2. Again, we’re keeping with the ‘This Is The Life’ theme. These questions all relate to real stories that have been in the news, which option A B or C is the real missing part of the story!

A Tesco shopper was put off her hot cross bun when she found a bizarre message on it! What did it say?

We’re going to say B.

The hot cross bun actually had the message ‘I want your sex’ very clearly baked into it! Where they drew the cross on the hot cross bun, they had written on it instead!

Next question; A couples wedding ceremony took a turn for the worst when they were saying their vows. What happened?

A – The minister threw up

B – The brides, female partner objected

The minister threw up mid vowels, she literally turned away and projectile vommed, the bride gave her the side eyes and tried to carry on!

Cringe! Last question; A woman left a review about a restaurant she went to but what unexpected detail did she include?

A – Her boyfriend cheating on her

B – Her parents divorcing

C – Her best friend wetting herself

It was a really nice bar, lots of atmosphere and good Sauvignon Blanc. Unfortunately, halfway through said wine my boyfriend’s phone bleeped a Tinder message, which, of course, I wasn’t supposed to see. So our visit was cut short, and he consequently got dumped and we drove back to Leicester (very uncomfortable car journey as you can imagine.) I’d recommend this pub definitely, but best to go with someone who isn’t a lying cheating s**t head as you’ll have a much nicer time than I did.”

‘This Is The Life’ is available on iTunes now

Who are MUNA? Meet the support act for Harry Styles’ American and European tour

UK favorite beauty brand, Sleek MakeUP is officially available in the US – HOORAY!