Jack Harlow, Fall Out Boy, Fletcher and more perform live at Hangout Fest in Gulf Shores, Alabama, from May 20-22, 2022.

This past weekend, we were captured all the live music in Gulf Shores, Alabama, for Hangout Music Festival 2022. Despite a few rain delays, it was a sold-out crowd of around 40,000 attendees — the biggest music festival on the Gulf Coast.

On Friday, Day One of the festivities, Nightly kicked things off performing at “The Hangout Stage” and bringing their catchy pop tunes and good vibes. Shortly after, Remi Wolf took over the main stage with her bright personality, bold music, and charismatic movements. One of the highlights from Friday was Briston Maroney playing an acoustic performance at the “VIP Stage” in the VIP area, which provided a rare sense of intimacy that’s hard to find while attending a music festival.

The energy was at an all-time high as Post Malone closed out Night One of the festival. The crowd that he attracted was (unsurprisingly) packed, as he’s literally the definition of a rockstar while performing on stage. With the storms from the day gone and the heat still in the air from the pyro during Post Malone’s set, the fireworks began shooting off into the night sky, closing out Night One. Safe to say the first day of the festival was a success.

On Saturday, we had the chance to see artists such as THE BLSSM, Role Model, Hastings, Chelsea Cutler, The Band CAMINO, Beabadoobee, and so many more. It was a challenge (in the best way) running around from stage to stage trying to capture all the different artists. The sun was shining bright on Saturday and so was the talent.

A special moment from Saturday was Chelsea Cutler coming out on stage during The Band CAMINO’s performance and singing their song “Crying Over You” live together for the first time. Even though it’s a song about crying, you could see the crowd cheering and smiling as the band and Chelsea performed live together.

Halsey closed out Night Two with an amazing performance. Her music and the way she carries herself on stage are the perfect mix of soft and strong. The best way to describe her live performance and Halsey as an individual is warrior. She’s a powerful artist who’s not afraid to speak her mind and her talent goes beyond singing, which she proved while painting on a canvas live on stage during one of her songs.

Sunday, the final day of Hangout Fest, was a wet one. Even though there was a pause in the day due to the weather, that didn’t stop the performances from continuing on. The Head And The Heart played their set in the rain and as they started to sing “Rivers and Roads,” the crowd echoed all the lyrics word for word. It felt like a spiritual experience hearing that song as raindrops were falling.

Another amazing moment was seeing the enthusiasm and love for Phoebe Bridgers when she came out on stage to perform her set. Her fanbase is well deserved, since her music draws you in and leaves an imprint on your soul. Jack Harlow also performed his new song “Dua Lipa” live for the first time, and the crowd went insane.

Tame Impala put on an impressive live show, closing the last night of Hangout Music Fest. The rain was pouring down, and yet he continued on performing and the crowd stayed with him. Besides the incredible music, the light show was entertaining to watch during Tame Impala’s performance. The festival started with rain, so it only seemed fitting for it to end with rain.

Hangout Music Fest 2022 was a blast and we can’t wait for next year!

All photos ©Sarah Sturgis, used with permission by United By Pop. 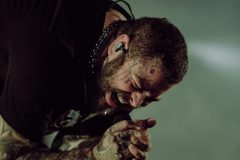 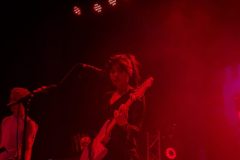 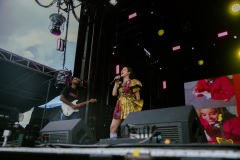 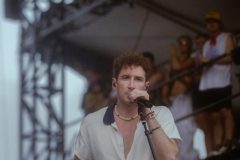 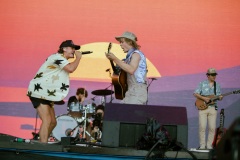 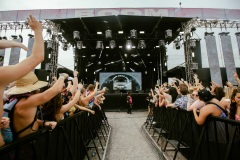 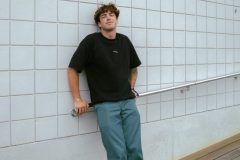 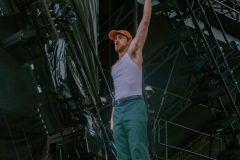 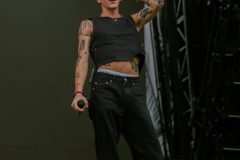 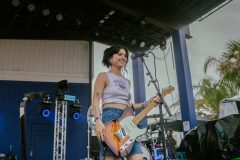 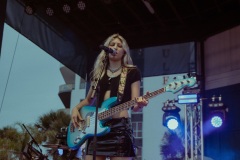 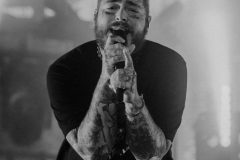 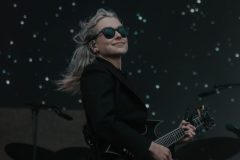 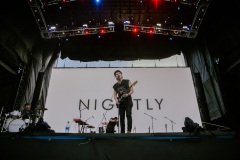 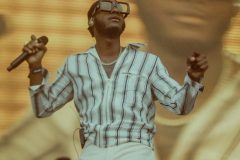 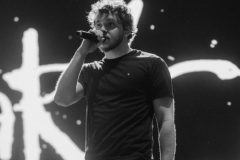 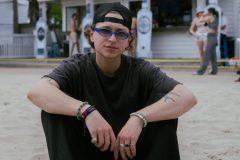 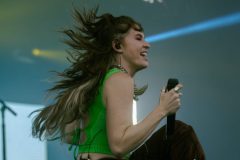 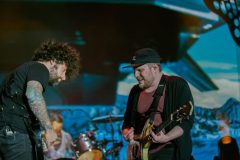 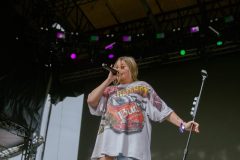 Naomi Gibson talks AI programming in her debut YA novel, Every Line of You