Starship Entertainment has released an official statement announcing that the investigation had been concluded and Wonho had been proven innocent and cleared of all chargers related to the case.

Their statement reads as follows:

“Hello, this is Starship Entertainment.

The Seoul Metropolitan Police Agency’s drug investigation team cleared Wonho, a former member of the idol group MONSTA X, of all allegations against him on March 10, ending an investigation into the drug and other charges filed related to the case.

In late October last year, there was a suspicion of smoking marijuana brought up against Wonho, and the Seoul Metropolitan Police Agency’s drug investigation team conducted an investigation to look into all drug charges.

The Seoul Metropolitan Police Agency’s drug investigation unit conducted extensive investigations over the past five months, but was unable to find any charges, and closed its internal investigation of Wonho on March 10.

Regardless of the above facts, first of all, we would like to apologize again for the fact that we and Wonho had made fans very worried. We also thank our domestic and foreign fans for their unwavering support as they watched over the ongoing investigation.

During the investigation, we have been waiting for a long time, trying our best to minimize media exposure of Wonho and to appoint an attorney to ensure that there are no charges against him. We will continue to support Wonho so that he can go his way in the future.

Thank you very much.” 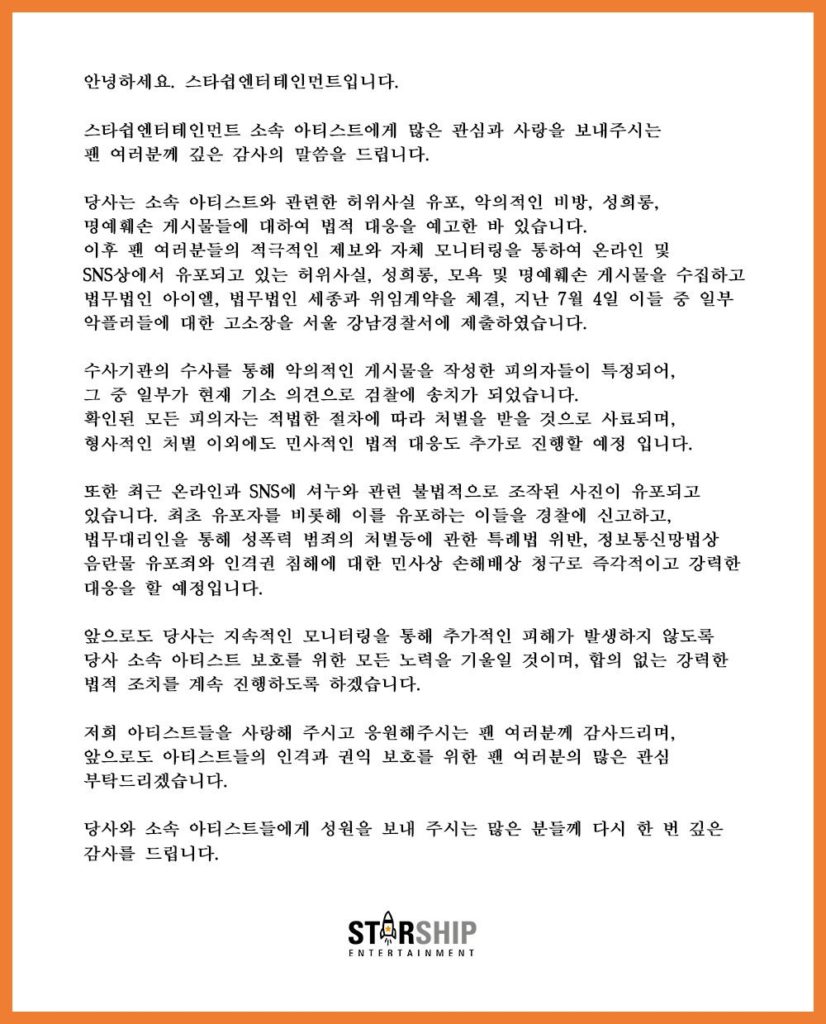 Over the past months MONBEBES have been actively supported Wonho online and offline with different projects and hashtags, showing their love and trust to Wonho.

Rebecca Elliott on comedy in YA and why girls are Pretty Funny!

Stray Kids are back with IN LIFE (IN生)

Stray Kids are back with IN LIFE (IN生)

Zayn Malik is back BETTER than ever before

All about Justin Bieber’s Holy video, breaking a career record and starting a new chapter