Get to know your new favourite eight-piece: ATEEZ

Get to know your new favourite eight-piece ahead of the release of their fourth EP, Treasure Epilogue: Action to Answer.

Get to know your new favourite eight-piece ahead of the release of their fourth EP, “Treasure Epilogue: Action to Answer”, the final part of the Treasure series, out January 6th.

Since their debut on 24th October 2018, K-pop idol group ATEEZ (Korean: 에이티즈, pronounced “Ei-Teez”) are getting a lot of love online. Their debut MV ‘Treasure’ has now surpassed 10 million views and they’re ready to make their comeback, as announced on December 23 via ATEEZ’ official channels.

So what is there to know about ATEEZ? Here are some facts to know.

The group made their debut in October 2018 with double title tracks ‘Pirate King’ and ‘Treasure’, from their debut EP, “Treasure EP.1: All To Zero”. The album reached #7 on the Gaon Albums Chart and their first music show performance was on October 25 on Mnet’s M Countdown. The group immediately emerged as capable of mixing blazing trap beats and incredible stage presence.

Their impeccable work ethic and determination to see their dreams come to fruition, saw ATEEZ in just one year to complete a world tour (including sold-out U.S. and European shows), receive their first win with their single ‘Wave’ on Korean music program M Countdown, signed with RCA Records in July, and released three EPs that each reached the top 12 of the Billboard World Albums chart.

With “Treasure EP.2: Zero to One”, “Treasure EP.3: One To All” and “Treasure EP.Fin: All to Action”, ATEEZ explored a variety of genres including trap, EDM and R&B, proving that ATEEZ can take any song and make it their own. The group is involved in the creation of their music. Specifically, leader Hongjoong plays a role in the composing of their music.

ATEEZ’ worldwide achievements, determination and strong love from their fanbase bring us to present days, just before the release of “Treasure Epilogue: Action to Answer”. On December 23, ATEEZ revealed a teaser that reads, “Look around you. Did you find your TREASURE? Can you see the changes?” with the caption “Can you hear those voices?”

Over the past weeks, ATEEZ have teased more and more of the upcoming release, keeping ATINY (their fandom, which name is a combination of ATEEZ + DESTINY) on the edge of their seats. From tracklist, concept photos to the latest MV teaser, we put together a recap just for you. 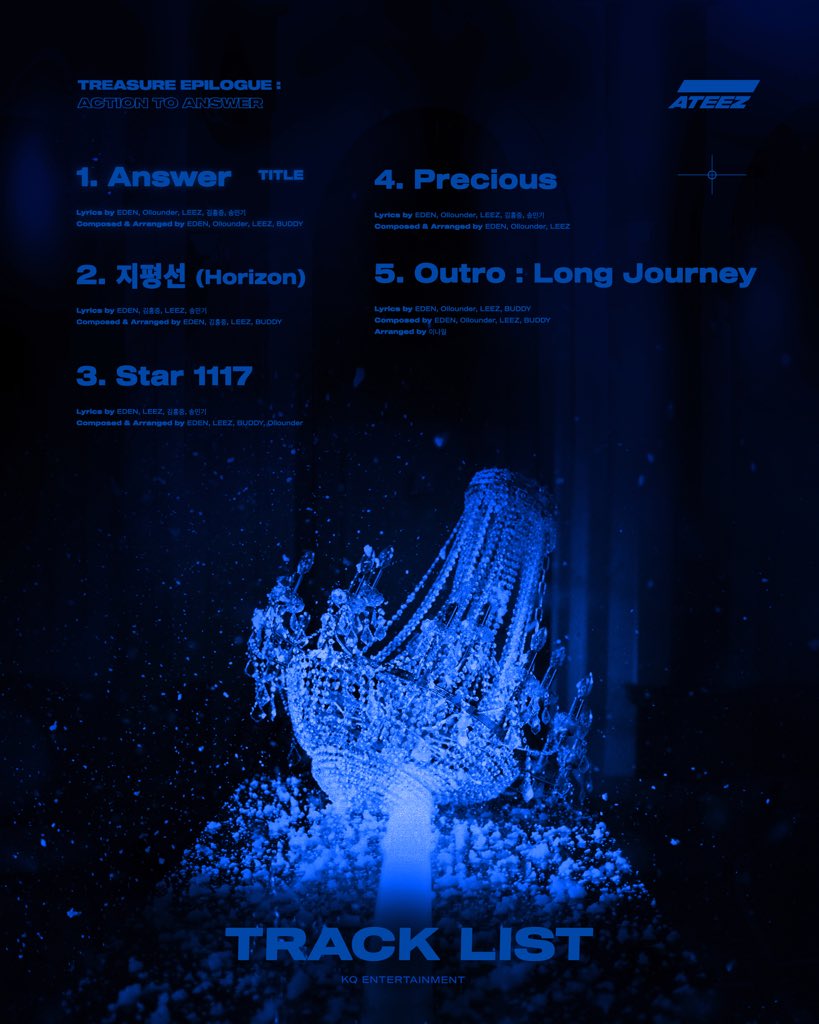 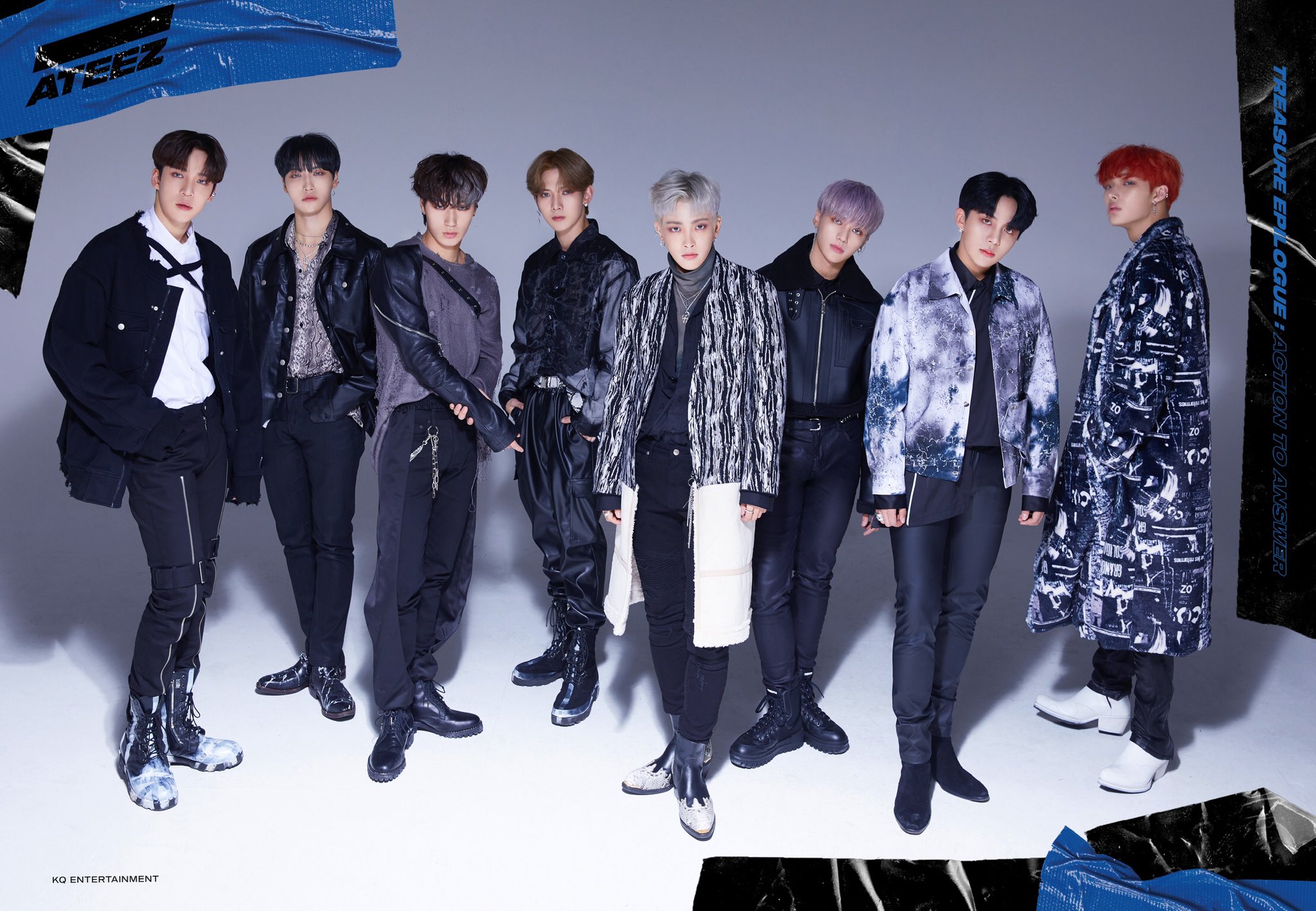 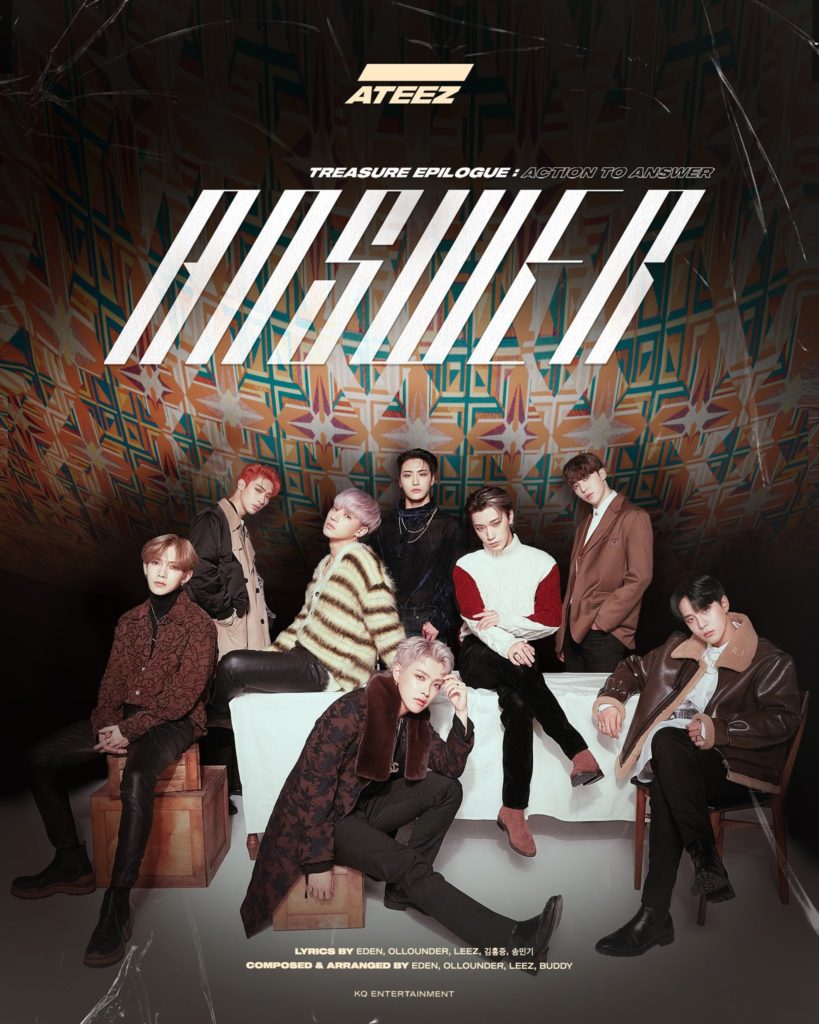 “Treasure Epilogue: Action to Answer” is out Monday, January 6 (6pm KST, 9am GMT, 4am EST)

Start 2020 the right way with these January YA releases