The Best Festival Moments of 2017

As summer is drawing to a close, it also marks the end of what is undoubtedly the best season of the year, festival season. Music is a wonderful thing and we’ve been fortunate enough to attend some brilliant festivals this summer. So the following is us having a sad reminisce over some of the jaw-dropping and amazing moments that have happened at the best festivals in the UK this year.

On the run-up to Glastonbury and the 20th Anniversary of their landmark record, ‘OK Computer’, rumours had been flying surrounding their headline set. The most popular being that they were going to play the record in full; after mysterious posters began to appear worldwide. Although they didn’t live up to the rumours and perform their whole seminal album, they rewarded the crowd with a whole set of favourites and additionally threw in a rare rendition of their biggest song, ‘Creep’. 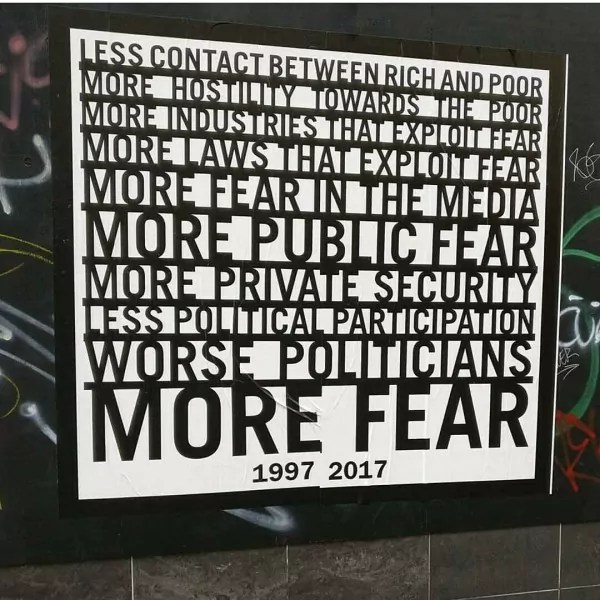 This was absolutely huge. As I was sat in the press tent in the middle of Giggs’ set, everyone suddenly had a pre-warning that something special was about to happen on the Main Stage. Within minutes, FUCKING DRAKE had appeared with Giggs on stage. The crowd were going absolutely insane at such a momentous moment. He went on to perform his hit single ‘KMT’, as Giggs rewarded Reading Festival in his own words for being “the only festival that would book him” after being penalised previously for his criminal record.

After three days of incredible music, exhausted festival-goers gathered at the Main Stage awaiting the final headliner of the weekend. As one final surprise, ACDC’s Brian Johnson made a triumphant return, following a year and a half break from live performances and joined Muse on stage to perform ‘Back In Black’.

This year’s Glastonbury festival was bursting at the seams with a severe case of Corbynmania. The sound of thousands of young festival goers chanting “OH, JEREMY CORBYN” to the tune of White Stripes’ ‘Seven Nation Army’ filled the fields and almost certainly overshadowed some of the acts. Not only did he manage to engage enough younger voters to result in a hung-parliament after Theresa May called for a snap election back in April, but he also amazingly pulled in the largest crowd at Glastonbury (supposedly twice as many as Radiohead?!). He introduced Run The Jewels to the stage after giving a speech to stress the importance of music and encouraging unity and peace. What a hero.

P!nk at V Festival for the first time in 10 years

Pink returned to V festival this year; 10 years after her debut performance in 2007. After taking a break from touring over the last few years to focus on her movie career, she came back with a bang (quite literally, as her impressive fireworks display set fire to the stage). After flying across the stage on a crane, she treated the crowd to an explosive performance, covering hits from her spectacular catalogue while everyone looked on in admiration.

Explosions In The Sky at ArcTanGent Festival

The post-rock legends headlined the small alternative rock festival in Bristol this year as a UK festival exclusive. The whole crowd stood for the full two hours in awe, as the three-piece from Texas filled the Main Stage with their powerful and emotive sound. After a weekend of hectic music and drinking, their ambient noise was the perfect close to the festival.

Our J Biebs has won the hearts of the nation over the years and to be honest he could have got up on stage and coughed and still reaped a similar reaction to what he received in Hyde Park. Although struggling with a cold, he belted out all the classics to a crowd of love-struck beliebers while energy levels reached their peak both on and off the stage with dancers of both the professional and non-professional kind.

One of the biggest rock acts in history took to the stage on the final night of Download Festival for a special Anniversary performance. This was also rumoured to be their last ever UK show so fans had their hopes high for a powerful end to an epic era of rock. Performing timeless classics such as ‘Walk This Way’ and ‘Don’t Wanna Miss A Thing’, the only disappointment the fans had to face was the fact they would never be reliving that moment again.

Working alongside Gentlemen Of The Road Events, the British folk-rock band assisted with the curation of this year’s huge line up which included Two Door Cinema Club and Glass Animals. Not only did they find the time to organise a blinding list of acts, but they also headlined the festival. They expressed how excited they were to be given the opportunity to be involved and share some of the music that they love with the general public in a different way.  Considering the success of this year’s festival, could there be room for a whole Mumford and Sons festival in the festival circuit?

You know when you’re at Reading Festival you need to be prepared to run off to a secret set at any moment. They always absolutely smash it with sets from huge names, and this year was no different. This year we had Queens Of The Stone Age who had released their new record that day, Don Broco under a pseudonym of ‘The Pretty Boys’ plus Fickle Friends and Wolf Alice amongst others. With a line up that always boasts the hottest names on the circuit, I don’t know how they find room up their sleeve for the amount of surprises that they manage to pull off.

Let us know if we’ve missed any in the comments section below. Now the countdown to next year is well and truly on.

New music, new book AND a tour – September is a busy month for The Gabbie Show