In case you missed Niall Horan’s huge announcement this week, here it is summed up.

Niall Horan made a massive announcement on Wednesday afternoon, revealing to his fans that he has invested in an Irish athleisure brand known as Gym+Coffee. He is now an investor, shareholder and advisor to the company.

CEO of Gym+Coffee Niall Horgan said: “We are so excited for Niall to officially come on board and support a business like ours… We hope that with his guidance and direction Gym+Coffee can emulate some of the success he’s had and proudly represent Ireland internationally.”

Niall’s aim as a new investor is to raise the profile of the brand, helping it to become known internationally, and to support the business as much as he can. Gym+Coffee launched in 2017 and has become one of Ireland’s fastest-growing brands, which then also led them to become a fast-growing brand in the UK, too.

Niall Horan said: “I’ve been a fan of Gym+Coffee for some time both as a brand and a business… The first time I bought some Gym+Coffee gear I was struck by the high quality of the clothing and I was delighted to see they were an Irish brand with a serious team behind their operation. As I looked into it more I started to understand their ambition and I’m delighted now to become part of the team that will hopefully bring the brand to a wider audience.” 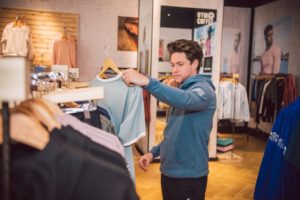 This isn’t the first time Niall has been seen as a businessman, since he also owns his golf management company, Modest! Golf. 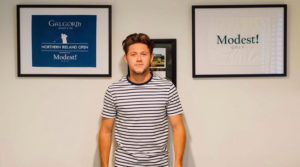 Watch the announcement video below.

Big news today! I’m investing in Irish athleisure brand @gympluscoffee. I’ve been a fan of theirs for a while now and I’m excited to support the brand and help bring Gym+Coffee to a global stage! Find out more on https://t.co/Y2Qg8R77k8 pic.twitter.com/NHXPD46zKe

Sera Milano on exploring terrorism in YA