"It was easy to write Grady in Savage Island because Grady is a psychopath wearing a mask of sanity."

This post was written by Bryony Pearce, author of Cruel Castle.

When I was asked to write a sequel to Savage Island, one of the things I had to think about, before I committed, was whether it was possible to write a story that continued the narrative established in Savage Island – the idea that there is a psychopathic billionaire business leader who is taking over the world via enterprise, by setting up other psychopaths (that he has control over) in successful businesses – but to do this in a different way.

I’m not a fan of sequels that simply rewrite book one, so I had to think of ways to make this sequel a unique book in its own right. Of course, I introduce different characters. Some of the cast in book one didn’t survive, so I had to bring in a few newbies, for whom the extent of Gold’s evil comes as a shock.

And I came up with a different setting – this time Ben, Lizzie and Grady end up in a castle in a remote part of Scotland, instead of on a private island.
And a different set of puzzles – instead of geocaching, this is an escape room. But what I think really makes Cruel Castle different, is that I decided to change the voice with which the story is told.

Savage Island is narrated by Ben.

Cruel Castle is narrated by Grady. And Lizzie. And Ben. And … someone else (no spoilers).

So, this is a multi-point-of-view book and at least one of the narrators is a psychopath.

Normally when I choose a narrative viewpoint from which to write, I pick one that I’m comfortable with, one whose voice I can clearly hear in my head. I draw from my own thoughts, feelings and life experiences to make this voice real.

This time I couldn’t do that (honestly).

Ben, the narrator from Savage Island, is almost irreparably damaged by his experiences on the island, his failure to protect his brother and friends, his guilt, and his need for vengeance.

Lizzie too is damaged, experiencing lingering physical effects from the pills she has taken, worried sick about her dying father (who she cannot visit) and about Ben, who is acting erratically.

Nevertheless, I was able to put myself in the place of Lizzie and Ben, to think ‘how would I feel in this situation’ and write those characters authentically.

The voice that was difficult, the one that I couldn’t draw from my own thoughts and feelings to flesh out, was Grady’s. You see Grady is a psychopath.

Brain scans of psychopaths show that the parts of the brain involved in feeling and emotional processing do not function properly. In other words, Grady can see and manipulate emotions in others, but lacks the capacity to feel in the same way that normal people do. Grady had to be characterised by boldness, a lack of empathy, an inclination to violence and manipulation, impulsivity and narcissism. Again, I can honestly say that this does not describe me.

He is very good at giving the appearance of displaying emotion, of being a normal, feeling individual, of blending in. However, in Cruel Castle I wasn’t just observing Grady via the medium of other characters, I had to be inside his head. I had to let the reader inside his head.

It was like inhabiting an alien. My editor had to keep pointing out places where I’d let him get emotional, or when he was using simile or metaphor that felt better suited to a character with empathy. I had to prune all of that out.

But he was SO MUCH FUN to write.

His first chapter opens in a way that makes it very clear who he is:

“A stranger is a friend you haven’t met yet.”

“That’s what my mother used to say. Of course, that was before my father did a number on her and she killed herself. Anyway, she was wrong. Not just about my father, otherwise she would never have married the good doctor, but about everything. A stranger isn’t a friend I haven’t met yet. A stranger is a puzzle I haven’t solved yet. That’s what I see when I look at you. Your face is one of those sliding puzzles – move the pieces in the right configuration and I get the picture I want: a smile, a laugh, tears, anger … rage. You are nothing more than a puzzle. A simple one. What makes you work? What will make you offer to carry my bag, protect me from danger or push you over the edge? What will turn you into my ace in the hole, waiting to take on Gold for me, if I need you to? I’m not broken, my father was clear about that. No, I’m better than you. If you weren’t so easy to solve, I wouldn’t be able to get you to do what I want. It’s your own fault.”

I enjoyed thinking about how Grady might have to work to present himself to the world, the kinds of things he would have to think about and do consciously, that another character would just do automatically. Grady doesn’t just smile, for example, he arranges his mouth into the shape of a smile.

“I allow a hitch into my breath as I reply. “I’ve run all the numbers. Just taking a break before I write up my findings.” “You’re almost done?” She twists off the top then tips her head back to drink, letting me watch the bobbing column of her throat.
“Y-yes.” The stutter is deliberate. She smiles around the bottle.”

And the brilliant thing about Grady is that his ability to see things differently means that I can bring in real contrast with the other characters, he can solve puzzles that others can’t, he has a voice that is uniquely his and, I think, which draws the reader in. We might not like Grady, the way that we do Ben and Lizzie, but we are fascinated by him. And while he is a psychopath, he’s our psychopath, Gold is the big bad, Grady is on our side, we want to see him as ‘good’, even if that concept means nothing to the character.

And we want to be inside his head, because it’s a fun ride, that we know we can get off at any time. 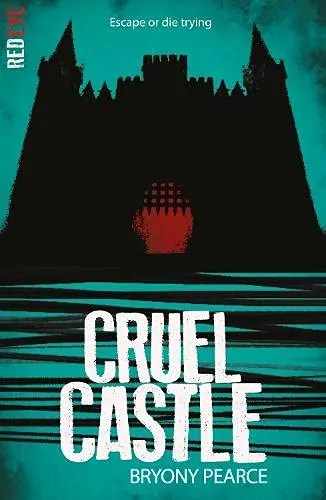 Get your copy of Cruel Castle by Bryony Pearce here.