"Her astonishing optimism in the face of evermore dire circumstances is a trait of which I am in awe."

The post below was kindly written by Natalie Hibberd, author of Inside Out.

Feminism means a great deal to me and over the years I have collected reams of ‘Girl Power’ idols whose words and actions inspire and uplift me whenever the state of the world seems particularly bleak.

While plenty of these heroines have been flesh and blood women, some of the women who inspire me most exist in the worlds of film, TV and (of course) novels. Having struggled to narrow down this vast, awe-inspiring field, I have finally selected a few of the fictional women who have had the greatest impact on me in the hope that they might prove just as inspirational to others.

Often overshadowed by her ferociously independent big sister Katniss, Prim has a quiet empathy and courage that I truly admire and aspire to. We see her character develop and strengthen over the series and the extraordinary compassion she shows to others reminds me strongly of one of my own heroines in Inside Out, Nerrisia Simons.

Ahead of her time in so many ways, the heroine of this hugely popular period drama topples barriers of class, gender and expectation to fight for what she believes is right. The determination Sybil shows to make a difference to both those around her and the wider world by doing away with the labels that hold back humankind is a real inspiration to me. I think this intelligent, brave young woman would fit in perfectly with the many strong women of Inside Out!

Camicazi (How To Train Your Dragon – Cressida Cowell)

Sorely missed from the film adaptations of this remarkable fantasy series, Camicazi’s indomitable spirit is the driving force behind much of the action. Her astonishing optimism in the face of evermore dire circumstances is a trait of which I am in awe. Unwaveringly loyal to her companions, Camicazi is also somewhat challenged in the height department – something which I identify with wholeheartedly from the lofty heights of four foot eight.

Against very stiff competition, Coraline emerges as the bravest literary heroine I have ever had the privilege to read about. Alone and unaided for much of the book, Coraline’s bravery as she faces off with the infamous Other Mother has given me strength in some of my lowest moments. Perhaps even more remarkable, though, is the willingness of this young girl to admit that she is frightened – yet strive to do the right thing anyway. An essential message for our time.

Without Nala to kick Simba’s backside into gear, my favourite film of all time would have had a far more depressing outcome. Holding down the fort at Pride Rock, even as the suffering of she and her loved ones increases, Nala takes the destiny of the pride into her own paws by teaching their would-be saviour to engage with the plight of others. Passive love interest she is not! 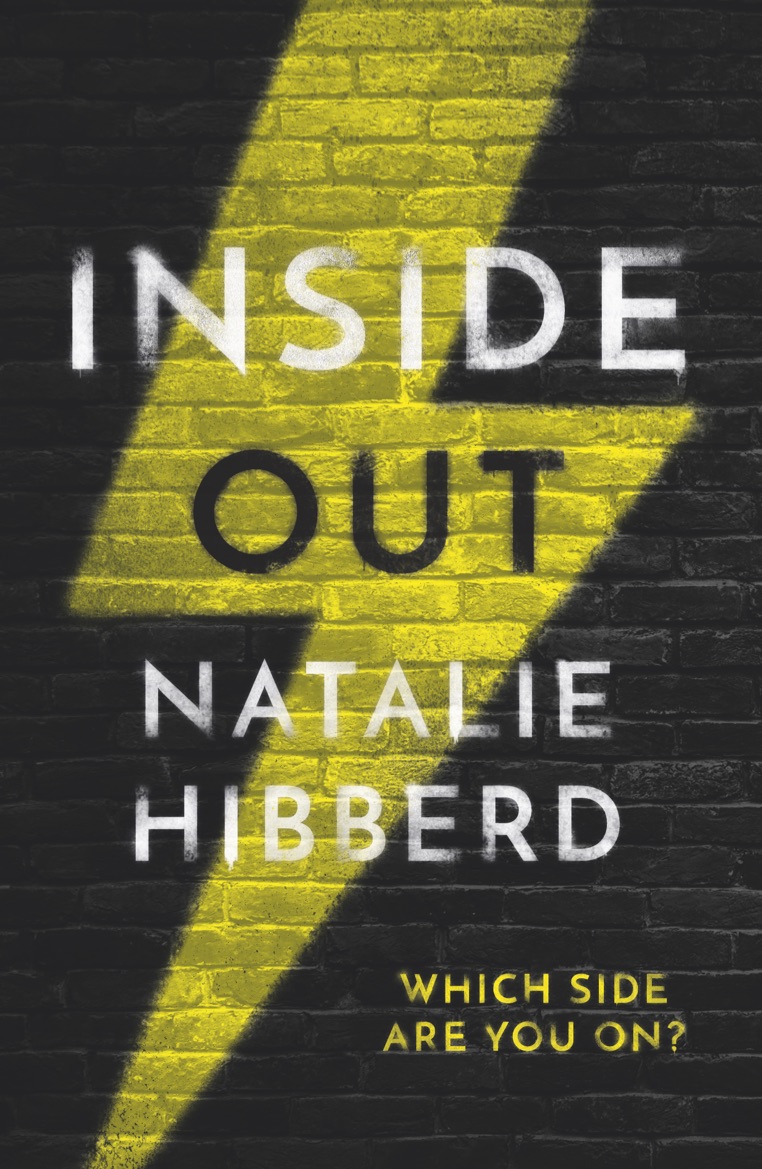 Order your copy of Inside Out by Natalie Hibberd here.

Natalie Hibberd was born in Portsmouth and has wanted to be an author since she was two years old. She is publishing her debut novel Inside Out, independently with Matador, aged 21. Natalie was born with cerebral palsy. When she isn’t writing and reading, she enjoys singing, amateur dramatics and listening to podcasts. Natalie lives in Petersfield, Hampshire, with her parents and her assistance dog, Chloe. Follow Natalie on Twitter @NatalieHibberd

Inside Out is available in paperback and e-book on 30 November.

Unpregnant authors discuss writing about abortion in YA