Lynn Painter on finding her happily-ever-after through writing her YA novel, Better Than the Movies

"Writing was suddenly fun and comfortable and downright electric, crackling like I was creating something that I was supposed to create."

This guest post was kindly written by Lynn Painter, author of Better Than The Movies.

Finding My Happily-Ever-After By Writing Theirs

When I first decided to write a book, I attempted contemporary romance. It was what I enjoyed reading, so it felt like the natural choice of genre for me. But…my first full-length manuscript was a godawful 90,000 word novel called Beyond Texas, a sweeping epic filled with horses, ranches and – of course – burly ranch hands. To this day, I’m not sure why I conceived a story whose setting I was wholly unfamiliar with; I’m allergic to horses, I’ve never been on a ranch, and I’ve spent almost zero time in Texas. I’m certain there was a reason (other than cowboy appreciation), but I cannot imagine what it might’ve been.

My follow-up failure – ahem, I mean story – was Forgetting Tuscany, a love story set in the stunningly-beautiful Tuscan region of Italy (also a land to which I’ve never traveled), and the book after that was something with a senator and a murder and an organized-crime-but-love type of plot.

I don’t think the writing was so terrible in those manuscripts, but I was writing the wrong things for me. Even at the time, I loved the process but never felt the strong, passionate connection I would’ve anticipated feeling for my own book.
Which probably explains why the hundreds of agents I queried decided to pass.

But then I got lucky.

I read Looking For Alaska by John Green, and just like that, I realized I might’ve been writing for the wrong audience all along. The YA voice felt so much closer to my own natural writing vibe that I immediately set to work, going all-in on NaNoWriMo to complete my first YA novel. And after months of editing, the clouds finally parted and that manuscript landed me an agent.

But because it couldn’t be that easy, the manuscript did not result in a book deal. It got close, making it to multiple acquisition boards, but after spending a significant amount of time out on submission, it was ultimately shelved. I was getting closer, but I still wasn’t there.

Before I could get too discouraged, my agent suggested I try writing a YA rom-com.
I decided to give it a shot – what could it hurt – and once I started writing, I couldn’t stop. Not to sound cheesy, but it felt like coming home. The words and the characters were writing themselves because it was so unbelievably familiar to me. Intimate, almost. Writing was suddenly fun and comfortable and downright electric, crackling like I was creating something that I was supposed to create.

I also felt a very strong sense of duh, because I’ve watched rom-com movies since I was too young to stay up past seven; they’ve always been my comfort viewing. It started when I was in second grade and we were stationed in the Philippines. My father was in the Air Force, and the one theater on base showed the same movies on-repeat, for months at a time. Because of that fact, my family and I probably saw Smokey and The Bandit no less than fifteen times. (I know, I know – that old movie isn’t technically a rom-com, but the Sally Fields/Burt Reynolds chemistry made this little seven year-old feel some kind of way.)

After that, rom-coms became my go-to. My mother introduced me to G-rated classics like Pillow Talk and Lover Come Back, she watched and re-watched Neil Simon’s Seems Like Old Times with me, and then she let me loose and I devoured them all on my own. From Pretty in Pink to 10 Things I Hate About You, Notting Hill to You’ve Got Mail, I consumed every little bit of laugh-out-loud happily-ever-after I could get my hands on.

And I haven’t stopped since.

I’m not sure if there’s some psychological tie-in to my unquenchable thirst for funny love stories with happy endings (my parents’ own unhappy marriage, my insecurities, early exposure to unhappy endings – I could go on all day), but I thrive on them. They are a balm to my soul. I read plenty of amazing books without the HEA, but nothing makes my psyche all light and buzzy like a story whose banter elicits cackling and whose lovers-together ending is guaranteed. It is escapism at its finest, and in a world full of conflict, I revel in this emotional getaway.

So how, then, had it never occurred to me to write a rom-com? Yes, I attempted the rom, but I’d forgotten the ever-important com. How had I managed to waste years – a lot of years – writing the wrong thing? Somehow I missed what now seems so obvious.

But perhaps those bad romances that I penned were a warm-up, an important practice lesson that guided me toward my ultimate writing destination. Because my debut YA rom-com, BETTER THAN THE MOVIES, finally hits the shelves on May 4th. It’s a rom-com about rom-coms, an homage to all of those classic movies that I’ve spent my entire life adoring.

No matter how I got here, I feel like I’m finally home. I’m writing stories whose sole purpose is to lead readers down a riddled, angsty path; a path filled with cringey potholes that make them laugh-out-loud, bumpy misunderstandings, and slow inclines of heat that drop off into frustrated valleys. All of that is a fun ride, though, when it ultimately drives them to the swoony promised land where the main characters – wonderfully and predictably – end up together.

Happily-Ever-After. I found mine by writing theirs. 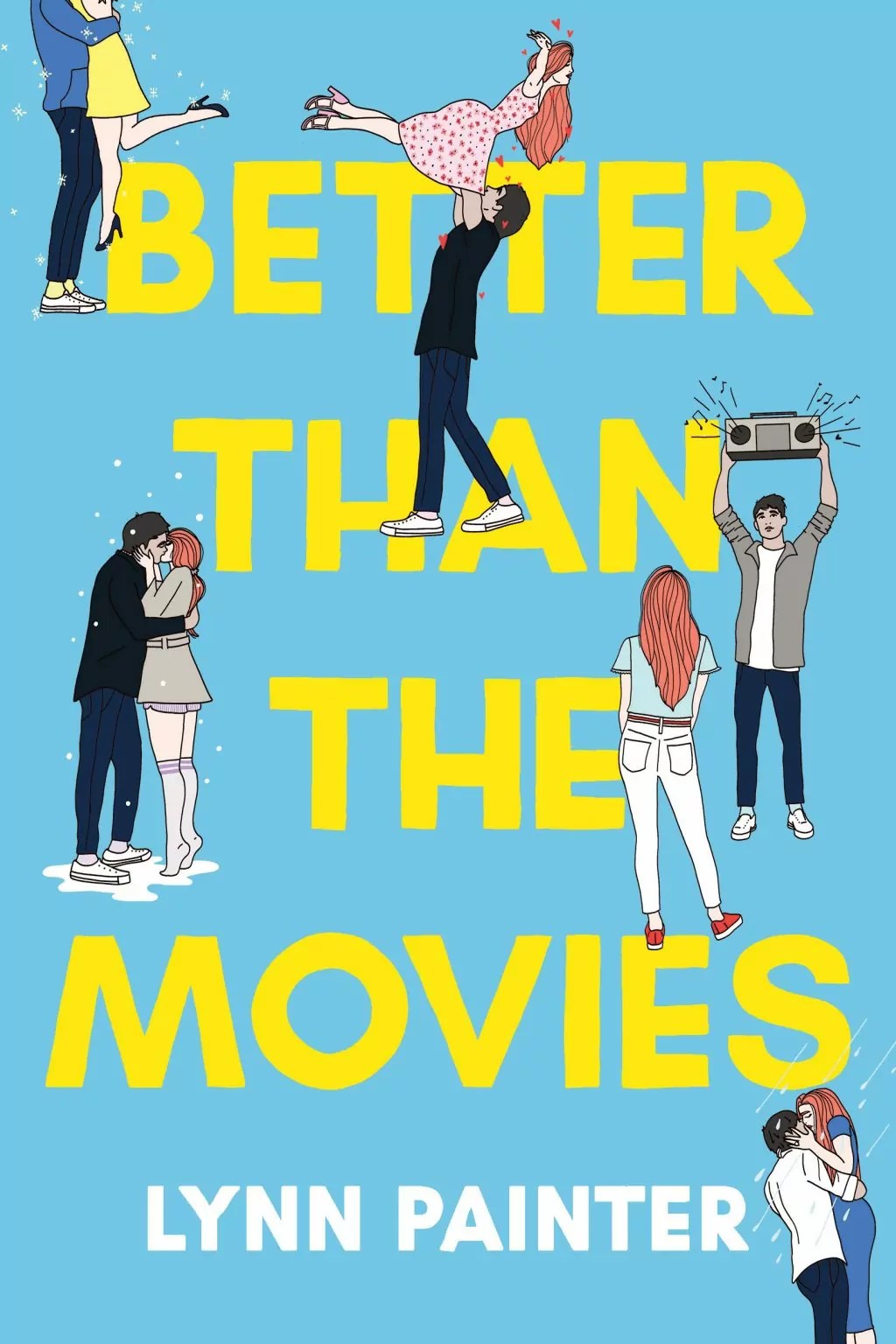 Get your copy of Better Than the Movies by Lynn Painter here.