"I made it my goal to reclaim a genre that has erased so many of us from our own history."

With sisterhood, murder, nuanced discussions on gender inequality, heists, romance, monsters (both of the human and inhuman kind) and heroines who are strong in every sense of the term, The Good Luck Girls, the stunning debut novel from Charlotte Nicole Davis, makes for a fantastical, heart pounding adventure from start to finish and we were lucky enough to get to chat to Charlotte all about it.

I recently finished The Good Luck Girls and adored it but how would you describe it to a potential reader?

The Good Luck Girls follows five young women sold to a “welcome house” as children in the Old West-inspired country of Arketta. When the main character’s younger sister accidentally kills a man, the girls risk a dangerous escape and harrowing journey to find freedom, justice, and revenge – in a country that wants them to have none of those things.

What was your biggest inspiration behind The Good Luck Girls?

Even though I grew up in a part of the country that used to be the Old West, I never took much interest in Westerns when I was a kid. The heroes of these stories—the John Waynes, the Matt Dillons—never looked like me, a queer Black girl. But in reality, Old West was much queerer, browner, and more female than most Westerns like to admit.  I liked the idea of writing a fantasy based on the history (both good and bad) of the part of the world I grew up in.

So in the The Good Luck Girls, I made it my goal to reclaim a genre that has erased so many of us from our own history. There are few cultural touchstones more quintessentially American than the Western, and it’s not a coincidence that they’ve come to feature a certain kind of hero at the exclusion of all others. People like Aster, Clementine, and their friends are more likely to be portrayed as the bad guys. They’re the fallen women, the political dissidents, the outlaws on the road–and, maybe, they were the real heroes the whole time.

Although told from one perspective, The Good Luck Girls follows 5 young girls, Aster, Clementine, Violet, Mallow and Tansy. Did you have a favourite character to write or one you found harder to create?

Through writing from Aster’s point of view I got to really examine that perhaps the anger that oppressed people experience is valid and they should not feel guilty for it or be pressured to “be the bigger person” than their oppressors. Self-defence is not violence. She certainly is a strong character who battles with balancing this anger throughout the book which was great to explore. I’m a big sister, like Aster, which made this story particularly fun to write too.

The Good Luck Girls delves into some hard-hitting but undoubtedly important and relevant topics in a brilliant and nuanced way, why do you think it’s so important for YA to explore these kinds of subjects?

I wrote this book so young Black girls and queer girls who don’t enjoy heavyhearted, contemporary issue books could see themselves in a fun, trope-y fantasy adventure that relies a little more on allegory to talk about the hard stuff. We’re seeing history repeat itself in America right now, and I firmly believe understanding our past and these issues is necessary to fixing our future. Which is why it’s so important that these issues are mentioned in many different forms so every reader can experience them.

The Good Luck Girls is a rollercoaster of a read in the best way but did you have a favourite scene to write or one you found particularly challenging?

For me, the bank heist was my favourite. It is such an iconic western trope that I enjoyed adapting it to fit my story. No longer is it a visual of white men with handkerchiefs covering the face as they easily get away with a whole town’s money. Now it is five black girls, considered slaves by the world, who overpower a group of men to steal money that will help them finally gain their freedom. It also helped showed just how capable and awesome this group of girls is no matter what they have been told.

Whilst the inhuman monsters throughout The Good Luck Girls were terrifying and inspired, the human ‘monsters’ were just as scary, if not more so. Was this something you consciously tried to portray?

I wanted to show the good and the bad of the Western genre and that includes monstrous humans. This is a world where the dead cry out at the injustices they suffered and the living learn to ignore them.

The monstrous ghostly figures within the book help show how evil people and the world can be to us living souls. They are the souls of those who were mistreated or struggled, and when you counter this with characters who you can see mistreating others both alive and dead this exploitation seems even more severe.

What was the process of writing The Good Luck Girls like for you?

It took around two years to finish the book but there was a really strong outline from the beginning so it evolved without many surprises. Although I made sure to include all my favourite iconic western genre moments like a bank heist.

Do you have any advice for budding YA authors wanting to touch on ‘tough’ topics?

This book resonates with me personally on so many levels from it being about the area I grew up into the connections to the branding of people as other. My advice would be to do something similar, I wanted a book like this in the world for myself to read so write something you want to see in the world.

The ending for The Good Luck Girls left me desperate for more, can you give us any hints as to what we can expect from these characters in the future?

The girls are as strong and troublesome as ever with Aster leading the charge in her mission to free the oppressed Welcome Girls. There will be troubles ahead caused by The Good Luck Girls that’s for sure but there will also be triumphs and a display of people coming together for the greater good. 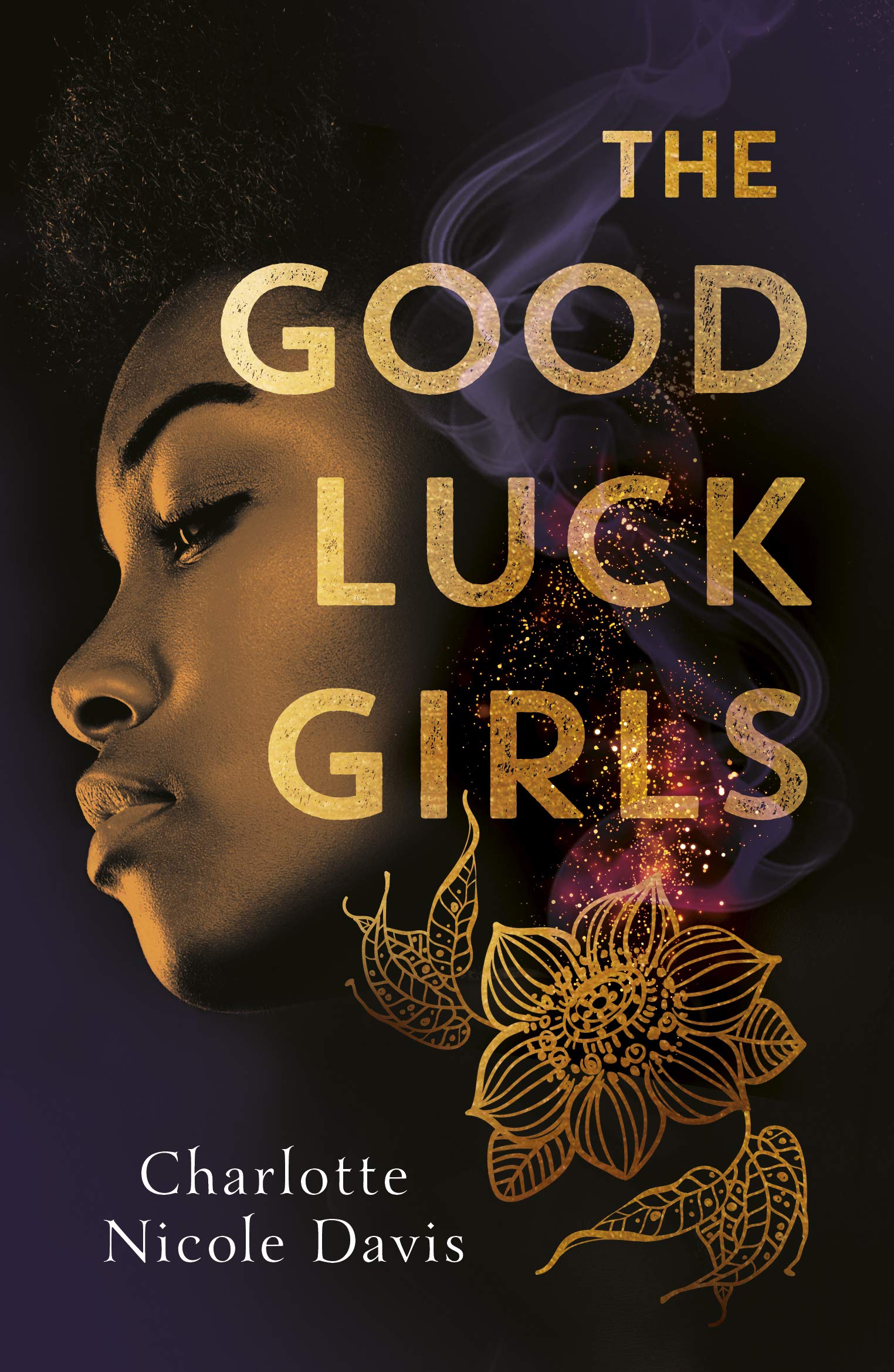 Purchase your copy of The Good Luck Girls by Charlotte Nicole Davis today in the UK and US.

Mary H.K. Choi on why she believes social media is a scam and her new YA novel

WATCH: Get to know Kid Quill